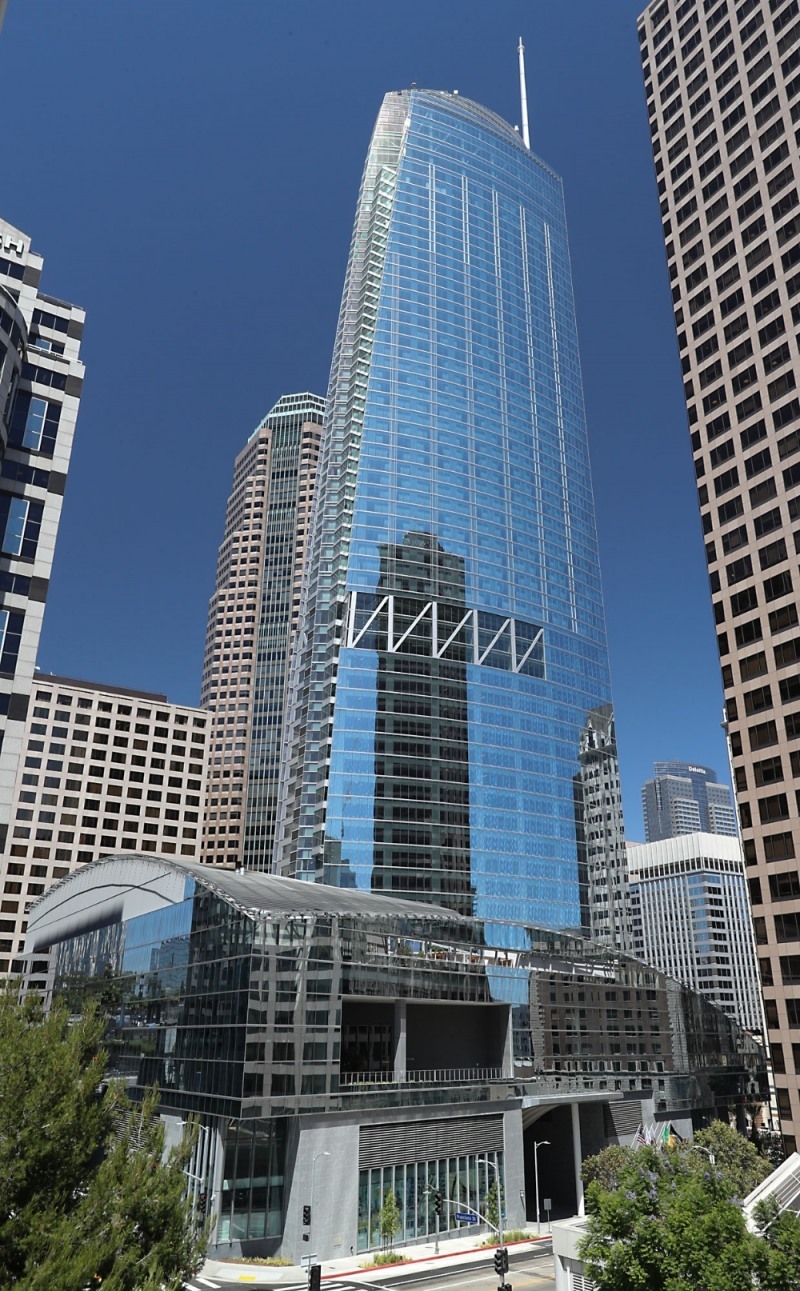 The Wilshire Grand Center in Downtown Los Angeles, California (Korean Air)
Korean Air announced on Thursday it was injecting 1.1 trillion won into its subsidiary company Hanjin International to help pay off its debts and keep the latter’s hotel business afloat.

The decision was made during a board of directors meeting on Wednesday, which will help pay back HIC’s debt worth $900 million while $50 million will be used to cover operating expenses for the Wilshire Grand Center in Downtown Los Angeles, a hotel HIC has operated since 2017.

The airline said the move comes after taking into consideration delayed refinancing caused by the pandemic and added $300 million was funded by a loan from the Export-Import Bank of Korea it took out to for HIC.

Another $600 million will be paid back through a bridge loan sometime in October as well as a secured loan next year each covering $300 million, the airline explained.