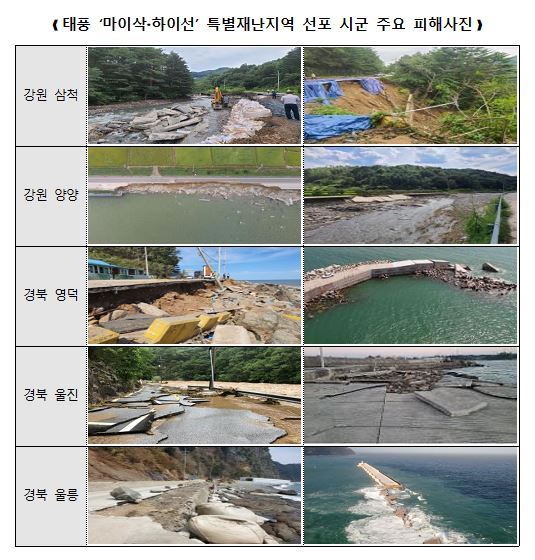 The five areas are Samcheok City and Yangyang County in Gangwon Province, as well as Yeongdeok, Uljin and Ulleung counties in North Gyeongsang Province.

"There will be state support for the regions, including recovery costs, in accordance with a (related) rule," Cheong Wa Dae's deputy spokesperson Lim Se-eun said at a press briefing. "(The government) expects damage to be fixed effectively."

Back-to-back typhoons, Maysak and Haishen, lashed some parts of the peninsula earlier this month.

In August, the government designated dozens of regions as special disaster zones due to damage from heavy rain-caused floods.

The government plans to continue an inter-agency assessment of typhoon damage and designate additional regions as special disaster zones if they meet the relevant criteria, according to Lim. (Yonhap)