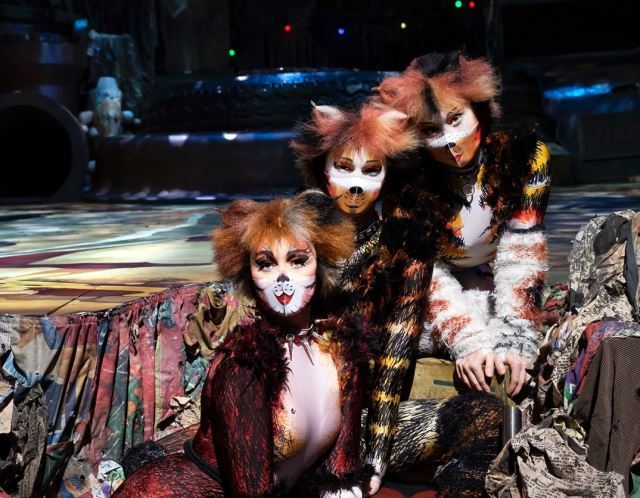 When the iconic musical’s Seoul schedule was decided in July, the COVID-19 situation in South Korea was on a steady path to recovery with the number of coronavirus cases dropping sharply. Except for the two-week self-quarantine requirement for the 40 foreign nationals on the “Cats” team, it seemed as if the disease would not present much hardship.

But when a second wave of COVID-19 hit Korea in mid-August, the organizers had to come up with new plans to ensure the safety of the audience and the cast members.

For the performances that run through Oct. 23, only half of the 1,241 seats at the Charlotte Theater in eastern Seoul will be made available. The seats in the central area will be left vacant as “holding seats,” which may or may not be filled in accordance with changes in the government’s social distancing plans.

At Wednesday’s opening show, every other seat was left empty and so was the highly popular front row. About 80 percent of the 600 or so open seats were occupied. 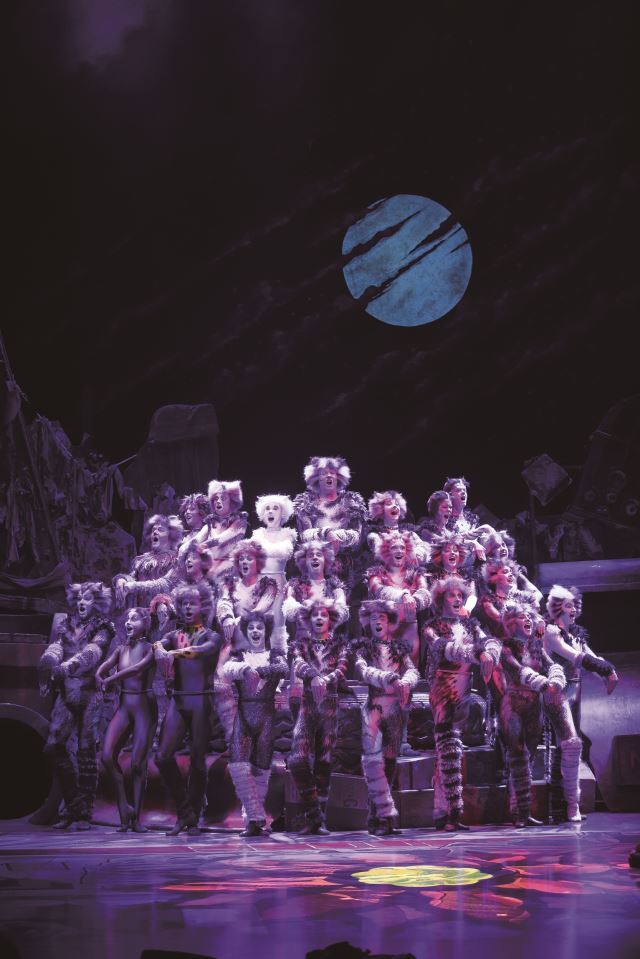 The Jellicle cats in “Cats” (S&Co)
As the show began, cast members dressed up as cats appeared from the back of the auditorium, roaming through the audience. For safety reasons, the characters wore masks featuring catlike makeup. After going onstage, they removed the masks and began to sing.

“Cats,” created by Andrew Lloyd Webber and Cameron Mackintosh, tells the story of a tribe of cats called the Jellicles. On the night of the Jellicle Ball, the cats make the Jellicle choice, deciding which cat will be reborn to a new Jellicle life. All the cats tell their stories, hoping for a Jellicle rebirth.

“Memory” is the most famous number from the musical. As Grizabella sang the number recalling her glamorous past, several sniffles could be heard in the audience.

The West End musical premiered in 1981 and celebrates its 40th anniversary this year.

The musical was to open at the Dream Theater in Busan in July. However, due to the pandemic the Busan run of the tour has been canceled.