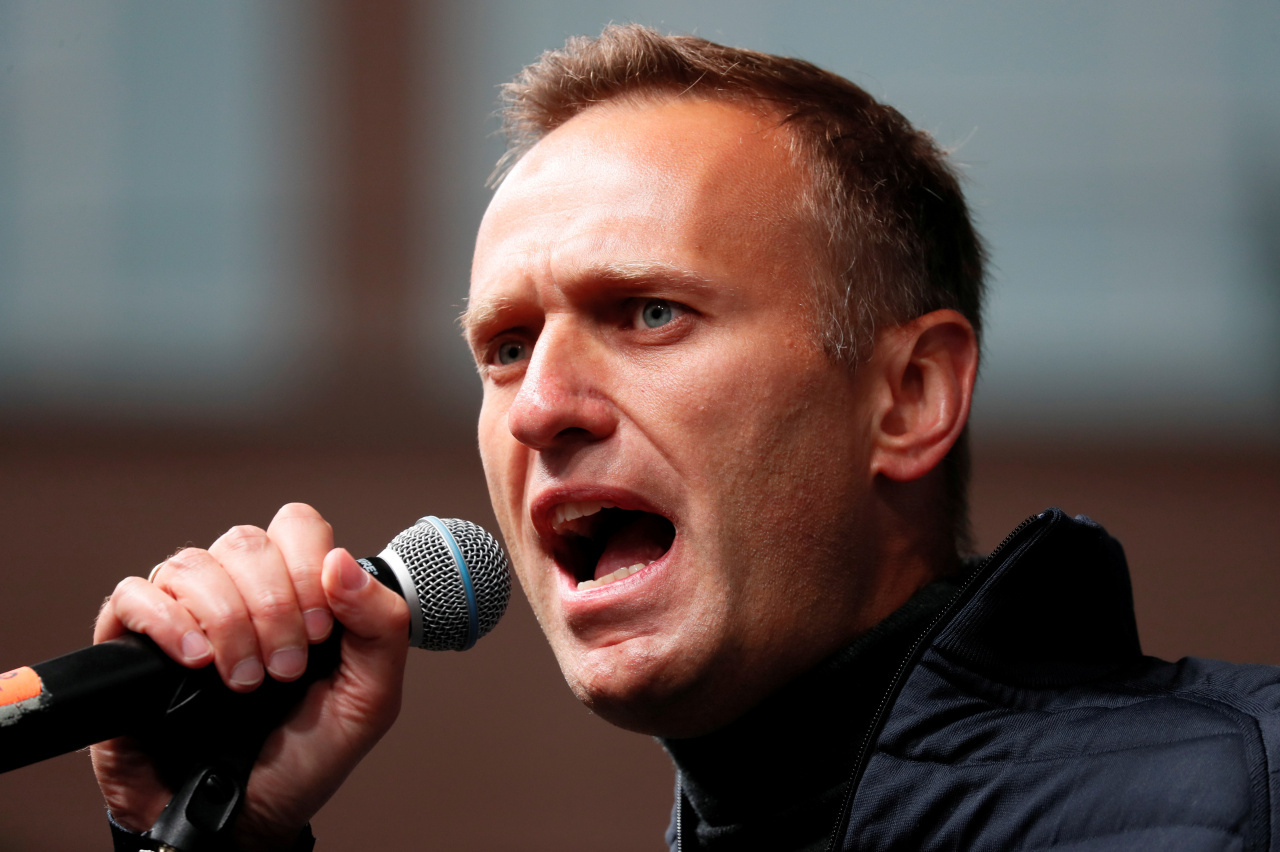 Russian opposition leader Alexei Navalny delivers a speech during a rally to demand the release of jailed protesters, who were detained during opposition demonstrations for fair elections, in Moscow, Russia September 29, 2019. (Reuters)
BRUSSELS (AFP) --NATO on Friday called for an international probe into the poisoning of Russian opposition leader Alexei Navalny and demanded Moscow reveal its Novichok nerve agent programme to the global chemical weapons watchdog.

After an emergency meeting of NATO's ruling council, alliance chief Jens Stoltenberg said all countries were united in condemning the "horrific" attack on Navalny.

Germany, where Navalny is being treated, briefed the other 29 nations on the case and Stoltenberg said there was "proof beyond doubt" Novichok was used.

"The Russian government must fully cooperate with the Organisation for the Prohibition of Chemical Weapons on an impartial international investigation," Stoltenberg said.

"We also call on Russia to provide complete disclosure of the Novichok programme to the OPCW."

The infamous Soviet-era nerve agent was also used against Russian ex-double agent Sergei Skripal and his daughter in England two years ago, an attack that led to seven Kremlin diplomats being expelled from their NATO mission.

While Stoltenberg did not rule out a similar reprisal this time, he stressed that the Navalny poisoning, which took place in Russia, was quite different from the Skripal attack, which happened on the soil of a NATO member.

The EU and other international powers have also called for an OPCW probe, voicing scepticism that Russia would investigate Navalny's poisoning properly.

Indeed, the Kremlin has already insisted the Russian state cannot be blamed and on Friday a Russian toxicologist said Navalny's health could have deteriorated due to dieting or stress. (AFP)