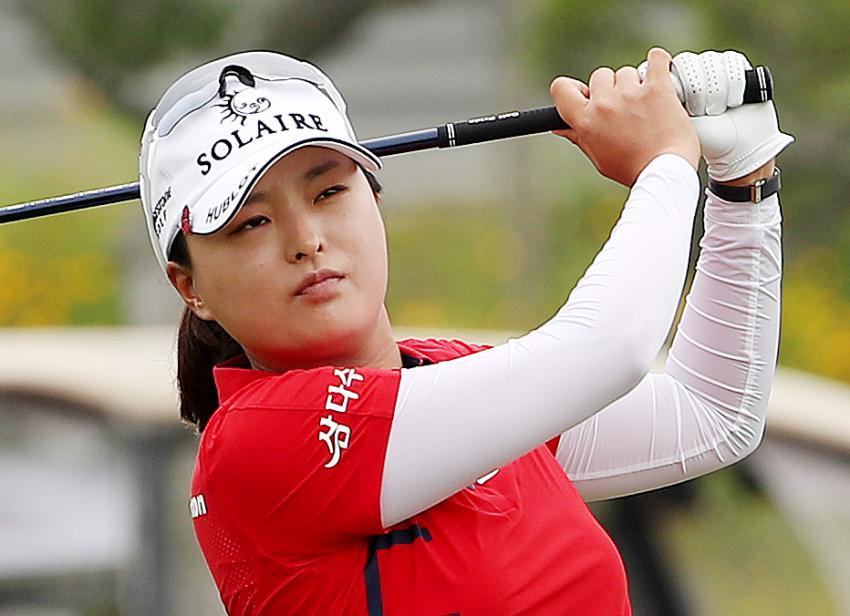 (Yonhap)
Citing concerns over the coronavirus pandemic, Ko Jin-young, the world No. 1 in women's golf from South Korea, has decided not to defend an LPGA major championship in California this month.

The tournament is usually held in late March or early April but has been pushed back this year because of the COVID-19 situation.

Ko hasn't played in any LPGA tournament this year. The 2020 season began in January with a couple of tournaments in Florida, and it came to a halt after two more events in Australia because of the virus. Ko had planned to make her season debut during the Asian Swing, which would have begun in late February in Thailand but decided to stay in South Korea until the situation abated. She has appeared in three South Korean tour events.

Only a few South Korean stars have rejoined the LPGA Tour, a contingent that includes Hall of Famer Park In-bee and 10-time tour winner Kim Sei-young.

Park Sung-hyun, who has fallen from No. 2 to No. 4 during her extended hiatus, will make her 2020 season debut at ANA Inspiration. She's scheduled to leave South Korea on Sunday. (Yonhap)