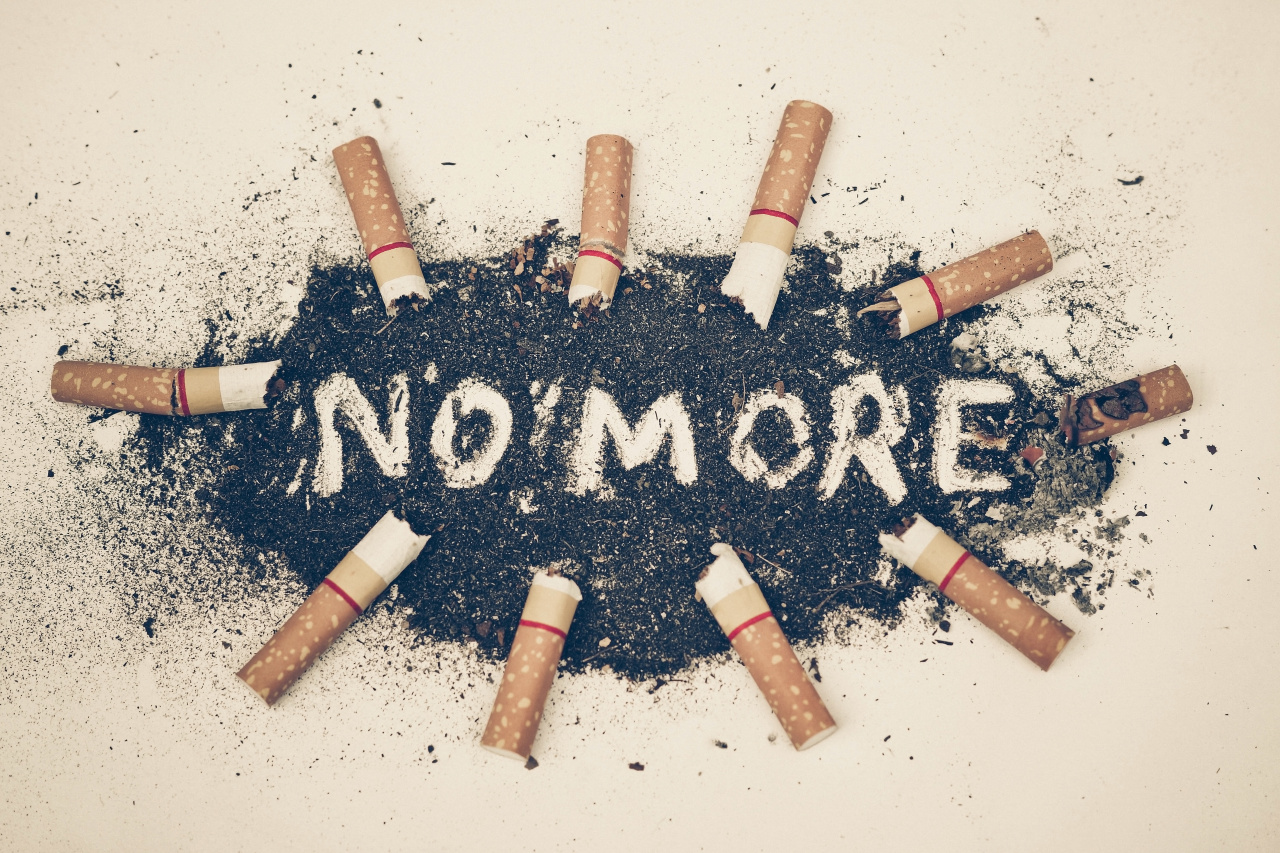 (123rf)
If health warnings about smoking tobacco did not hit close to home before, they should now: Smokers are at higher risk of developing severe disease and death from the novel coronavirus, according to top health authorities.

“COVID-19 preys on lungs -- while the (the use of) tobacco makes them more vulnerable,” the World Health Organization said in a Facebook post. The international health organization said in a May 11 statement that smoking impaired lung function, making it harder for the body to fight off coronaviruses and other diseases.

The harms of smoking have been well-known. With the advent of COVID-19, the importance of going smoke-free is receiving renewed attention amid heightened health concerns. But the changes brought on by the pandemic may be posing fresh barriers to quitting, with experts calling for updates in intervention strategies.

Pulmonologist Dr. Chun Eun-mi of Ewha University Medical Center in Seoul said smoking increases expression of ACE2, the receptors through which the coronavirus enters human cells, in lungs and other organs.

“This may promote infection, and possibly result in higher rates of hospitalization and death,” she said.

People who smoke often have health problems that can exacerbate when affected by COVID-19, she added. Diseases associated with prolonged smoking as cancer and chronic obstructive pulmonary disease make them at higher risk of becoming very sick patients.

In light of the ongoing health emergency, the Korea Centers for Disease Control and Prevention says it “strongly recommends” smoking cessation. The agency’s deputy director Kwon Jun-wook said in a briefing last week that “smoking has always been a health-risky behavior -- now, even more so.”

He also warned that secondhand smoke from cigarettes could transmit the disease, adding that the health authorities were reviewing shutting down smoking zones for infection control purposes accordingly.

While links between smoking and severe COVID-19 have been well advertised, some say the coronavirus norms such as social distancing create conditions that are even more conducive to smoking.

A Seoul resident, 30, who has been telecommuting for an employer in Sejong since the coronavirus hit earlier this year, is one of them. He said he has recently purchased an air purifier to use while smoking in his home. Despite years of heated debate, smoking in private homes is not illegal in Korea.

“I was already spending most of my day in my apartment because of the coronavirus. After mask-wearing became compulsory outdoors, that didn’t leave many options for smokers such as myself,” he said. The citywide mask mandate was put in place indefinitely starting Aug. 24.

He also switched from regular cigarettes to smokeless tobacco devices, which he says are better for indoor smoking.

These new smoking behaviors are likely to fare badly in terms of quitting, according to psychiatrist Dr. Lee Hae-kook of Catholic University St. Mary’s Hospital in Uijeongbu.

“Environmental factors play a big role in helping a person overcome an addiction,” said Lee, who specializes in addiction. The coronavirus lifestyle of remote working and home isolation have allowed people to smoke with fewer constraints.

Smokers these days also have the option of e-cigarettes and other novel tobacco products that create less mess and facilitate indoor smoking.

“Most smoke-free laws in Korea are based on the traditional cigarettes, leaving the use of new kinds relatively unregulated,” said family medicine specialist Dr. Paek Yu-jin of Hallym University Sacred Heart Hospital in Anyang. Paek, who heads the Korean Society for Research on Nicotine and Tobacco, said he was alarmed by the smoking trend that has been gaining popularity among younger users.

“The full extent of the health risks from the new forms of tobacco is still unknown, contrary to beliefs that they are somehow safer,” he said. “Nobody really knows the ingredients in the e-cigarettes or vaping products, for one thing. Because they are new, there is no research analyzing their long-term consequences.”

He said seeking professional help significantly improves the chances of success, both in initiating and maintaining smoking cessation. “A combination of counseling and medication is the best approach,” he said.

But the coronavirus is keeping many away from doctors, depriving them of the help they need. Due to contagion concerns, smoking cessation clinics had to shut down during the first half of this year.

The Yongsan public health center, in the central Seoul district, said its program for people who want to quit smoking had to be suspended altogether between March and July. When the center started offering the services again online in August, it ran 303 counseling sessions -- which is a considerable drop from 874 in the same month last year.

The Ministry of Health and Welfare’s Tobacco Control Center said the state-run smoking cessation clinics around the country were seeing declines of as much as a 50 percent in visits this year. This has forced many clinics to get creative.

In Seocho, southern Seoul, the district’s public health center has introduced video chat therapy for people wanting to quit. Newcomers to the program are sent smoke-free packages that comprise various cessation aids such as nicotine patches and gum. Another center in Yeongcheon, a city in North Gyeongsang Province, has launched a drive-thru facility to hand out similar cessation packages. The city said it has delivered nearly 700 handouts in the past two months.

“The smoke-free clinics are coming up with new services tailored to the limitations imposed by the coronavirus, to see that people still have access to necessary support and resources to stop or reduce smoking,” said the ministry’s director for health promotion.

Paek of Sacred Heart Hospital said that while the coronavirus is a most pressing health crisis, the tobacco epidemic was no less serious. About 60,000 deaths related to tobacco use occur each year in Korea -- which is nearly 1 in 5 of the annual number of deaths.

From his clinical experience over 20 years of practice, he said he has yet to meet anyone who regrets giving up smoking.

“Quitting smoking is one of the best things you can do for your health,” he said. Immediate and long-term benefits of quitting include lower cholesterol and normal white blood cell count.

Considering the detrimental impact the coronavirus can have on smokers, quitting is more important now than ever, he said. “There is no better time to quit smoking than now.”