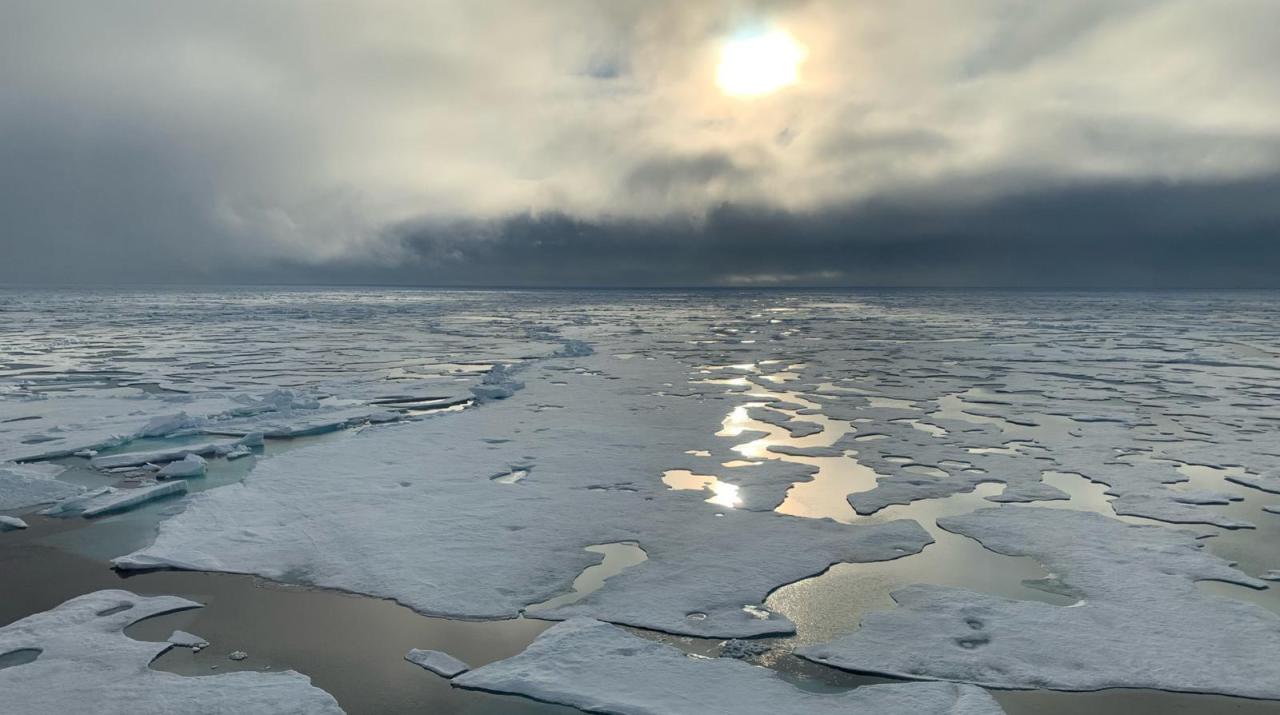 In this handout photo provided by Markus Rex, head of the MOSAiC expedition, a view of the North Pole from RV Polarstern, Wednesday, Aug. 19. (AP-Yonhap)
GENEVA (AP) -- The United Nations weather agency says this summer will go down for leaving a "deep wound" in the cryosphere -- the planet's frozen parts -- amid a heat wave in the Arctic, shrinking sea ice and the collapse of a leading Canadian ice shelf.

The World Meteorological Organization said Tuesday that temperatures in the Arctic are rising twice as fast as the global average, provoking what spokeswoman Clare Nullis called a "vicious circle."

"The rapid decline of sea ice in turn contributes to more warming, and so the circle goes on and the consequences do not stay in the Arctic," Nullis said during a regular UN briefing in Geneva.

The weather agency said in a statement that many new temperature records have been set in recent months, including in the Russian town of Verkhoyansk. The town, located in Siberia above the Arctic Circle line, reached 38 degrees Celsius (100 F) on June 20.

"What we saw in Siberia this year was exceptionally bad, was exceptionally severe," Nullis said. She noted a heat wave across the Arctic, record-breaking wildfires in Siberia, nearly record-low sea ice extent, and the collapse of one of the last fully intact Canadian ice shelves.

"The summer of 2020 will leave a deep wound on the cryosphere," the World Meteorological Organization statement said, pointing to a "worrisome trend” of floods resulting from the outburst of glacier lakes that are becoming “an increased factor of high-risk in many parts of the world."

In late July, an 81-square-kilometer (30-square-mile) section of Canada's Milne ice shelf broke off, reducing the total area of the ice shelf by 43 percent, the weather agency said.

The consequences include the loss of a rare ecosystem, possible acceleration of glaciers sliding into the ocean and contributing to sea level rise, and creation of new "drifting ice islands," it said.

The WMO is preparing to release on Sept. 9 a report on the impact of climate change on the cryosphere. (AP)