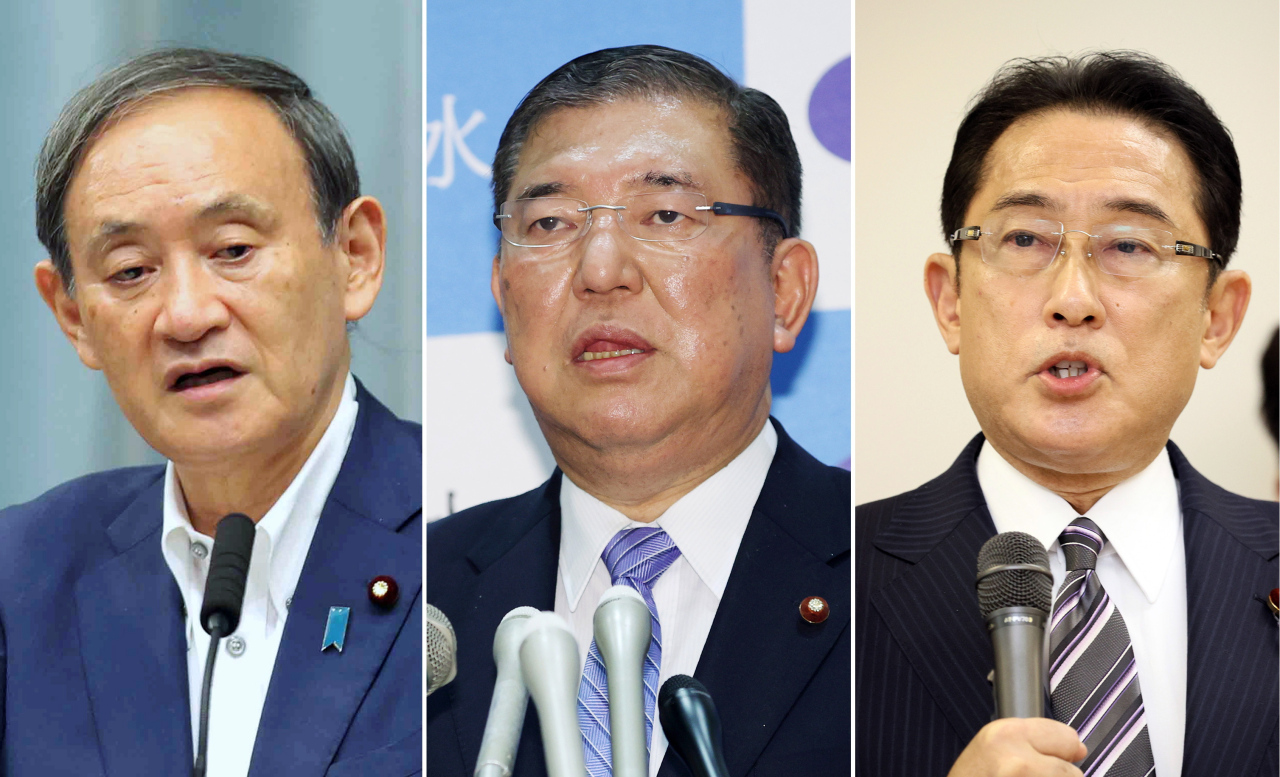 Executives of Abe's ruling Liberal Democratic Party met Tuesday and decided that the Sept. 14 vote for party leader -- and with it almost assuredly prime minister -- will be limited to lawmakers and not broader members of the party. Some younger lawmakers had called for the latter to be included in order to make the process more open and democratic.

Whoever is chosen will fill in for the rest of Abe's term, until September 2021. The next prime minister will face a number of challenges, including the ongoing fight against COVID-19, managing the Tokyo Olympics that has been postponed to next summer, setting Japan's security policy in the face of an increasingly assertive China, and dealing with the results are of the presidential election in the US, Japan's key ally.

Here are the three candidates, including two who have announced their intention to run and a third also expected to do so:

Suga has been pegged by the party secretary general as the best caretaker who can ensure the continuation of Abe's policies. The son of a farmer in the northern prefecture of Akita, Suga is a self-made politician, rare in Japan's largely hereditary world of politics. As chief cabinet secretary, Suga is a policy coordinator and advisor to Abe.

He is also the public face of Abe's government, doing twice-daily televised media briefings. He's become known as "Uncle Reiwa'" after he was tasked with unveiling the new imperial era name for Emperor Naruhito last year. Suga has been a loyal supporter of Abe since his first stint as prime minister from 2006-2007 and helped his return to power in 2012.

Suga had previously denied that he would run, but on Tuesday simply told reporters he would not comment. He said the post-Abe government would deepen the Japan-US security alliance within the limits of Japan's pacifist constitution.


FUMIO KISHIDA: Abe's foreign minister from 2012-2017, the 63-year-old Kishida had once been considered the party's preferred choice to become the next prime minister.

His status has slipped, however, after he was seen as fumbling some of the party's response to the coronavirus in his role as policy chief. In formally announcing his candidacy Tuesday, Kishida said he would be a leader who listens to the voices of the people -- something Abe has been criticized for not doing enough.

A low-key lawmaker from Hiroshima with somewhat dovish stance on security issues, he has been less supportive of Abe's longtime push to rewrite Japan's war-renouncing constitution. Kishida struck a 2015 settlement with South Korea on "comfort women," victims of Japan's wartime sexual abuse. Kishida in 2017 helped arrange then-President Barack Obama's visit to Hiroshima, a first for a serving American leader.


SHIGERU ISHIBA: A former defense minister seen as Abe's archrival within the party, the 63-year-old Ishiba is the public's favorite for the next prime minister in media surveys.

Ishiba's vocal criticism of Abe, however, has hurt his popularity among ruling party lawmakers. Ishiba has criticized Abe's rule as autocratic and raised concerns about growing poverty.

A soft-spoken banker-turned-politician, Ishiba is known as a defense hawk and says Japan should have stronger military capability within the current constitutional limitations.

In addition to defense minister, Ishiba has also held top ministry posts in agriculture and local revitalization. He lost to Abe twice in party elections in 2012 and 2018. (AP)