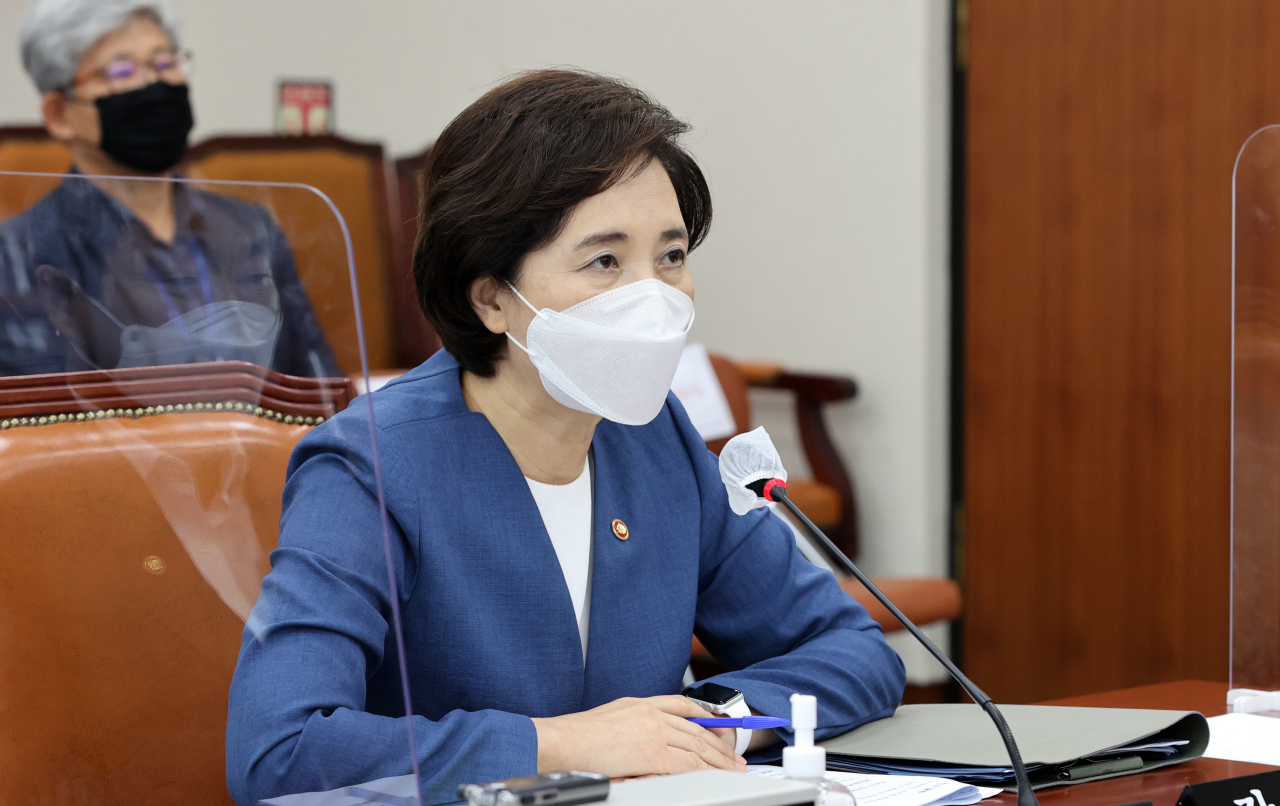 Education Minister Yoo Eun-hae (Yonhap)
High school education will be free for all students in South Korea starting next year with expanded budget support. This would make education free for all primary, middle and high school students.

The proposed budget, set for a parliamentary review later this week, would increase spending on high school, lifelong and vocational education but cut back on kindergarten, elementary and middle school education.

Some 943.1 billion won of the 76.3 trillion won is to be used to make education free for all, including first-year high school students -- currently the only paying cohort in Korea’s public school system.

Next year, the ministry plans to cover tuition, textbooks and other fees for all students attending public high schools.

To respond to challenges from the ongoing coronavirus outbreak, the ministry plans to spend more on fostering online learning and making classrooms smarter.

Close to 49 billion won will be set aside for the ministry to develop e-books and digital textbooks -- 3.8 times the amount stated in the third supplementary budget this year.

The ministry is also allocating 18 billion won to establish a support center for colleges to create their own online learning environments, and it is using another 8 billion won to start a system whereby select schools, teachers and students can test early-stage educational technologies developed by startups.

Some 86.8 billion won will be used to convert 536 outdated elementary, middle and high school buildings into eco-friendly facilities starting next year.