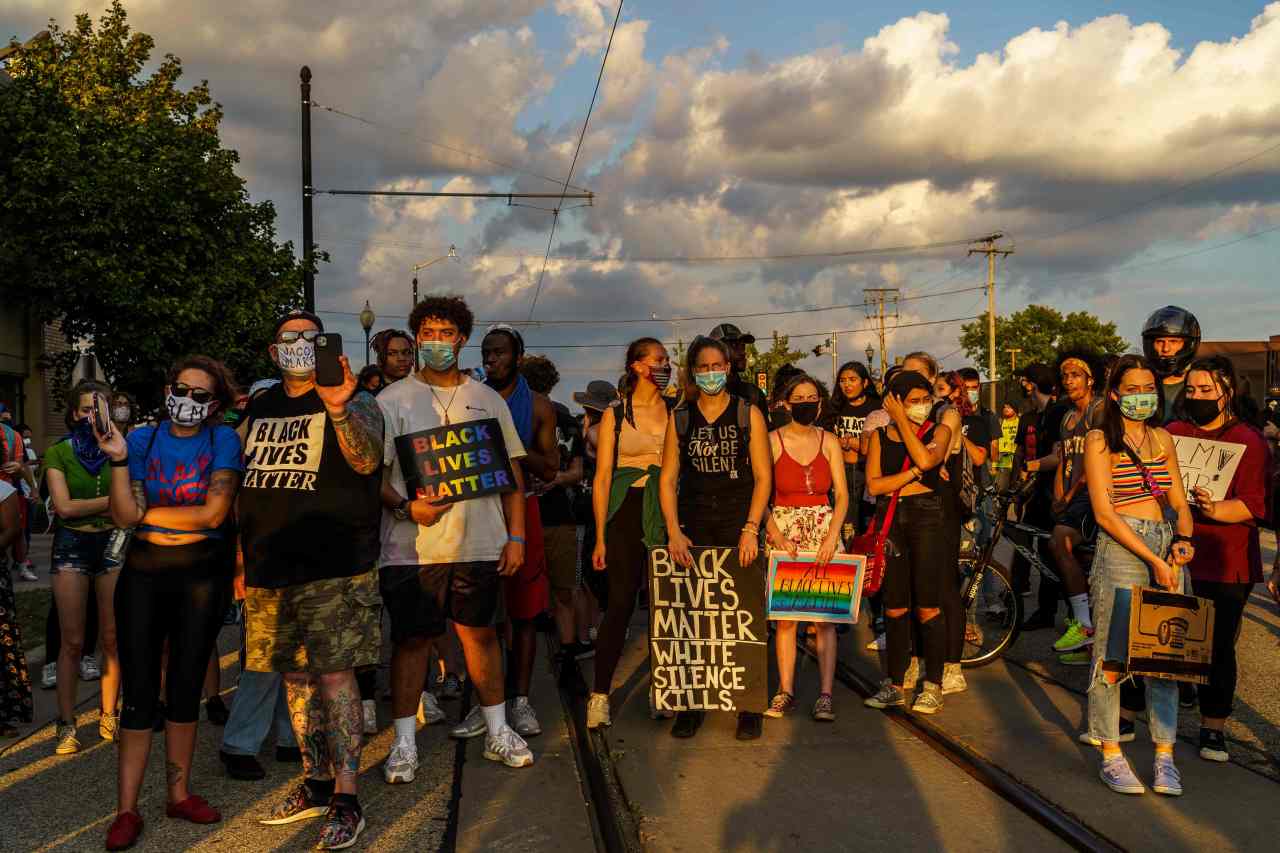 (AFP-Yonhap)
WASHINGTON (AFP) -- US President Donald Trump will travel next week to the Midwestern city where African American Jacob Blake was shot multiple times in the back by a white policeman, sparking a nationwide wave of protest.

Blake took at least half a dozen shots in front of his small children as he tried to get into a car, in an incident that has prompted an outpouring of anger over yet another shooting of a black man by police.

Deere did not say if Trump would meet the family of Blake, 29, who was left paralyzed from the waist down.

Protesters have taken to the streets in major cities nationwide this summer over the deaths of black people at the hands of police, including George Floyd in Minneapolis in May.

It is the most widespread civil unrest in the United States for decades.

Trump has characterized the mostly-peaceful activists as rioters as he pushes a law and order message while fighting an uphill battle for re-election in November.

Kenosha, about an hour's drive from Chicago, saw three nights of violence after the Blake shooting as protesters set fire to buildings and cars.

Major US sports leagues including the NBA were forced to suspend play as African American and other players outraged by the shooting joined the latest national wave of anger over racial injustice and police misconduct.

On Friday tens of thousands of protesters thronged the US capital for a mass march marking the anniversary of Reverend Martin Luther King Jr's historic "I have a dream" speech on August 28, 1963.

It was dubbed "Get Your Knee Off Our Necks," in reference to Floyd, who suffocated beneath the knee of a white officer.

Often fighting back tears, relatives of Floyd, Blake and Breonna Taylor -- a black 26-year-old shot dead by police in her apartment last March -- took turns addressing the sea of people, who repeatedly called out the victims'  names in response.

"Black America, I hold you accountable," said Blake's sister Letetra Widman. "You must stand, you must fight, but not with violence and chaos. With self love."

Like his father 57 years ago, Martin Luther King III stood on the Lincoln Memorial steps and urged Americans to keep fighting inequality -- and to vote in November at all costs to defeat Trump.

"We are taking a step forward on America's rocky but righteous journey towards justice," King said. (AFP)