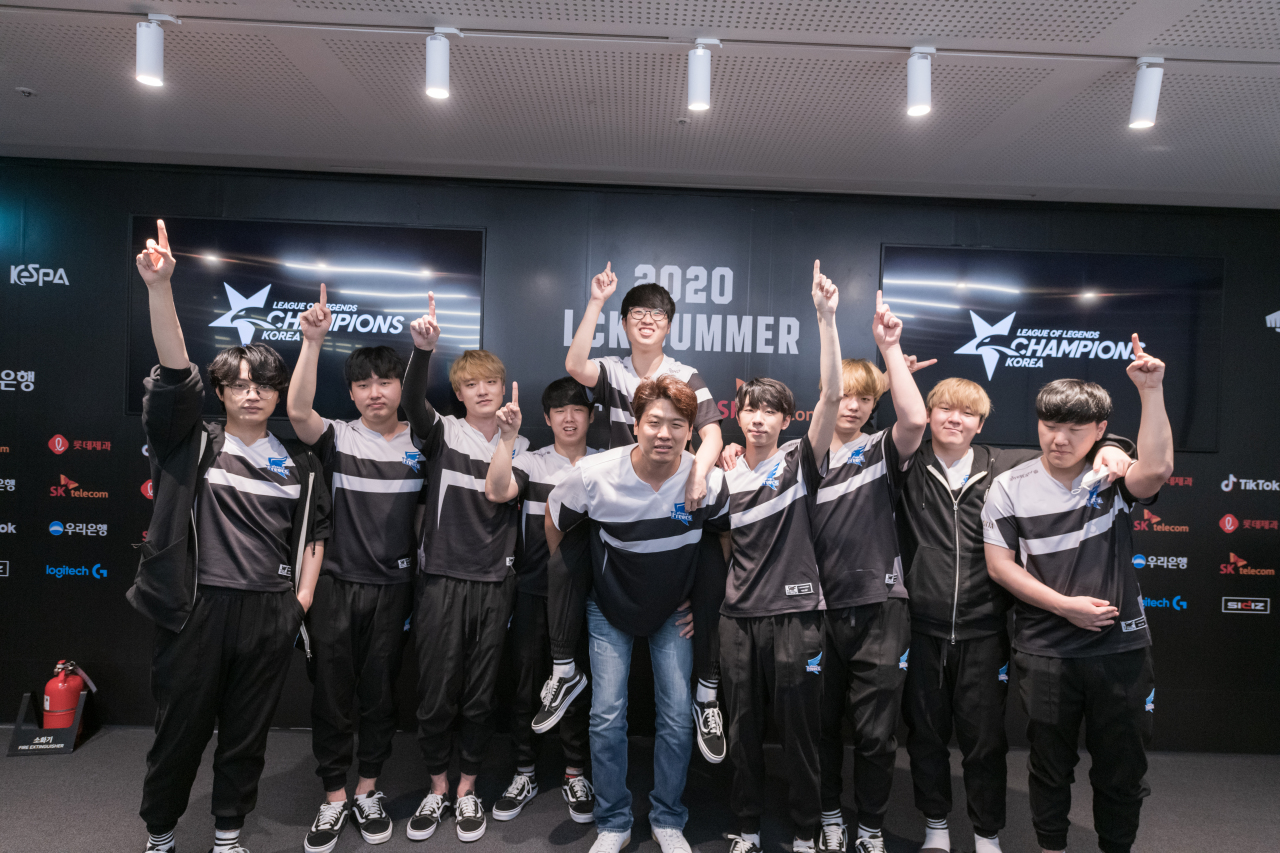 Afreeca Freecs at LoL Park Arena in Jongno, Seoul, on Aug. 20. (Riot Games)
The postseason for 2020 League of Legends Champions Korea Summer season kicked off with Afreeca Freecs playing against T1 in a best-of-3 series on Wednesday and resulted in a major upset where Afreeca won 2-1.

Many analysts had predicted victory for T1, as it won both rounds against Afreeca in the regular season.

T1 was the fourth place team of the regular season and the nine-time LCK Champions while Afreeca Freecs was the fifth place team.

There were many key points leading up to the Wednesday match up.

The first was whether Afreeca Freecs would be able to overcome a stronger opponent then themselves in rankings.

Throughout the season, Afreeca Freecs was unable to win against the top four teams in the LCK – Damwon Gaming, DRX, Gen. G and T1.

The second point fans kept a close watch on was which T1 player would play in the series.

T1 had started Lee “Clozer” Ju-hyeon, ever since his 17th birthday in July made him eligible to play in the LCK. As a result, legendary player Faker was benched for most part of the second round of the summer season as Clozer racked up win after win in his place. T1 only lost to No. 1-ranked Damwon Gaming after putting Clozer to the starting line-up, giving them a 7-1 match record.

Faker was underperforming before Clozer replaced him and lost the only game he was subbed in for at the end of the season against DRX. However, many still believed Faker, who often performs strongly in big events, would show up in the postseason, just like in the spring season, when he led T1 to victory after finishing fourth in the regular season.

In the second game, Faker was able to control the entire map with his Twisted Fate, giving hope to T1 fans that the star was reborn and tied up the series 1-1 at match point.

However, Faker’s performance was lackluster in the third game as Sett, in which he failed to avoid many skill shots of Afreeca Freecs’ mid-laner “Fly,” playing as Zoe. Other elements in the game, including an incredible snipe by Afreeca’s adc Mystic on T1 jungler Cuzz, cost T1 the game and overall victory.

As a result, T1 will go to the regional qualifiers and will need to come out as winners in order to qualify for World Championships. T1 has 110 championship points from coming out first place in spring and fifth place in summer, but both DRX and Damwon Gaming have secured at least 120 points.

Afreeca Freecs will play against Gen.G, another team they failed to win against in the regular season, on Friday.

The games are all played online at the teams’ own facilities due to the increased number of cases of COVID-19 in the Seoul area.