The paintings of books and stationery laid on bookshelves give off a feeling of coziness and comfort, as if you were in a library. “Chaekkori” or “chaekgeori” refers to a unique genre of Korean painting that proliferated in the Joseon era (1392-1910), depicting books and other assorted items on bookshelves.

Literally meaning “books and things,” chaekgeori traces its roots to the Joseon court painting tradition and was often featured on folding screens that were used as interior decorations. Chaekgeori was eventually taken up by the common people and is now frequently seen as part of the “minhwa” or Korean folk painting tradition, which flourished in the late Joseon era.

Once chaekgeori came to be regarded as folk paintings, many were created anonymously, and experts say in-depth research on the genre has largely been neglected. The newly published “Chaekkori Painting: A Korean Jigsaw Puzzle” stands out in this context.

What makes the book even more special is how it came to be published: It was written by the late Kay E. Black (1928-2020), an American scholar who was captivated by the beauty of chaekgeori. She gained a deep interest in the genre after visiting South Korea in 1973 on a field trip organized by the Denver Art Museum. She encountered chaekgeori for the first time at the Emille Museum in Seoul, she recalls in the book.

“Such was my fascination with Korea’s brightly colored folding screens introduced to me by the late Zo Zayoung, the founder of the Emille Museum, that it sent me back to the University of Denver for 10 long years in order to study Asian art history,” she wrote. The author obtained a master’s degree in Asian art history in her late 40s, inspired by her admiration for the genre. 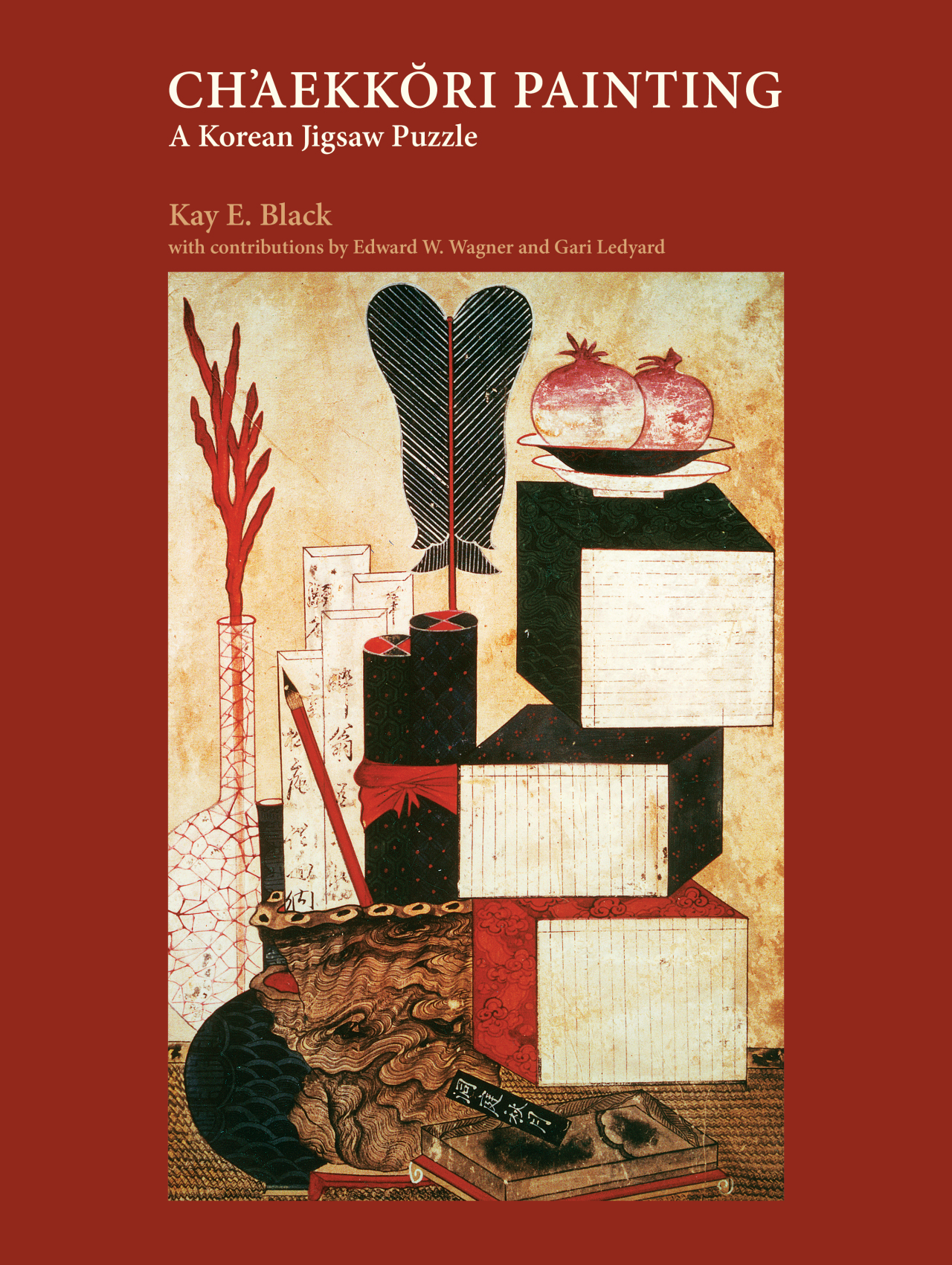 Chaekkori Painting: A Korean Jigsaw Puzzle” (Sahoipyoungnon Academy)
The book, written in collaboration with the late Edward W. Wagner (1924-2001), a professor and founder of the Korean studies program at Harvard University, provides significant information about chaekgeori based on an examination of more than 150 images from numerous collections both in Korea and abroad. The book is the result of more than 30 years of devotion to the genre on the author’s part.

The book, comprising 30 chapters, identifies chaekgeori painters and their intricate family lineages. It reveals that many of the paintings were drawn by professional court painters. In the book, chaekgeori paintings are categorized into three types: “isolated,” “trompe l’oeil” and “still life.”

“I would say the book is the first in-depth scholarly research about chaekgeori. That is why the book is really special,” Park Jeong-hye, a professor of art history at the Academy of Korean Studies in Seongnam, Gyeonggi Province, told The Korea Herald. “The book initiated the study of who painted chaekgeori, which had been hard to identify.

“Chaekgeori is a unique art genre that prospered only in Korea, becoming an independent art genre. It is regarded as minhwa (folk painting), but actually started as royal painting. As the scholarly interest in royal painting has grown in recent years, chaekgeori will be researched further as well,” she said.

The genre is widely believed to have begun during the period of King Jeongjo, the 22nd king of Joseon, who ruled from 1776 to 1800.

The book quotes a statement the king made in 1789: “Great scholars of the past said that if one occasionally entered one’s study and touched one’s desk, it satisfied one’s mind, even though one was unable to read books regularly. Although I take pleasure in reading books, hard work keeps me from indulging in scholarly pursuits. I remember the words of the sages and look at this painting (chaekkori) and enjoy myself. Isn’t this a wise thing to do?”