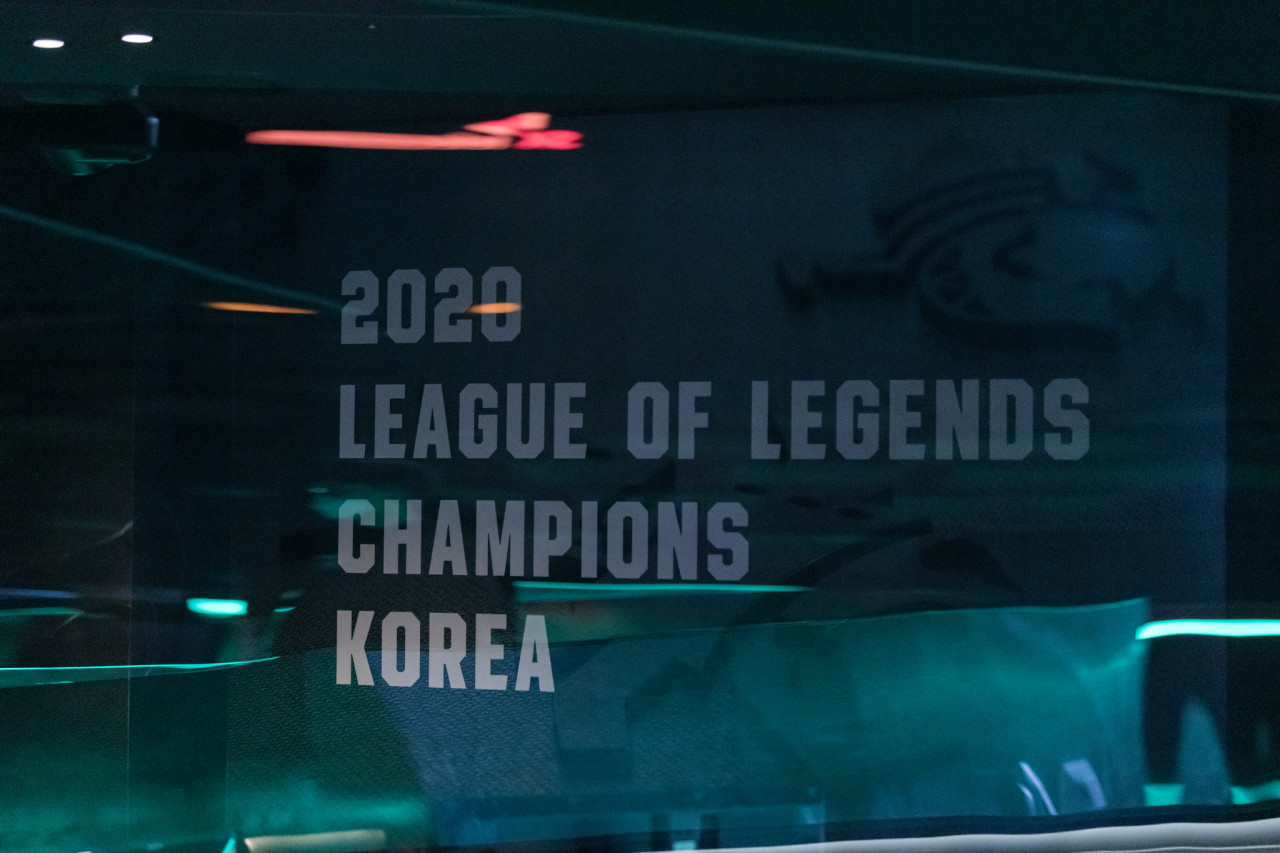 LCK sign at LoL Park Arena in Jongno, Seoul. (Riot Games)
Riot Games Korea announced that the rest of the matches for the summer season will be held online, starting Friday, in response to the growing number of COVID-19 cases in the capital area.

LoL Champions Korea had been holding matches in LoL Park Arena in Jongno, Seoul, without an audience since the start of the season before the resurgence of COVID-19.

“As the spread of COVID-19 has recently worsened around Seoul, we believe stronger preemptive measures are necessary to ensure the safety of players and league members,” said Riot Games on Thursday through social media.

Although the games moved online for the spring season, an exception was made for the LCK spring finals, which took place in LoL Park Arena without an audience.

This time the playoffs, the finals and the regional qualifiers for the World Champions in September will all be held online, meaning the players will play from their team facilities.

“Originally, the LCK Summer Final planned for Sept. 5 was specially planned to be held in a safe manner. However, as the social distancing guidelines at the venue in Incheon were also raised to Level 2, we decided to proceed with an online match instead,” said Riot Games.

After the announcement was made, a number of players expressed concerns about going online. Afreeca Freecs, who qualified for the playoffs Thursday after winning against KT Rolster, had performed well in the spring season when the games were offline, but his performance plummeted as matches went online. Players were concerned about lowered pressure from playing in a familiar setting.