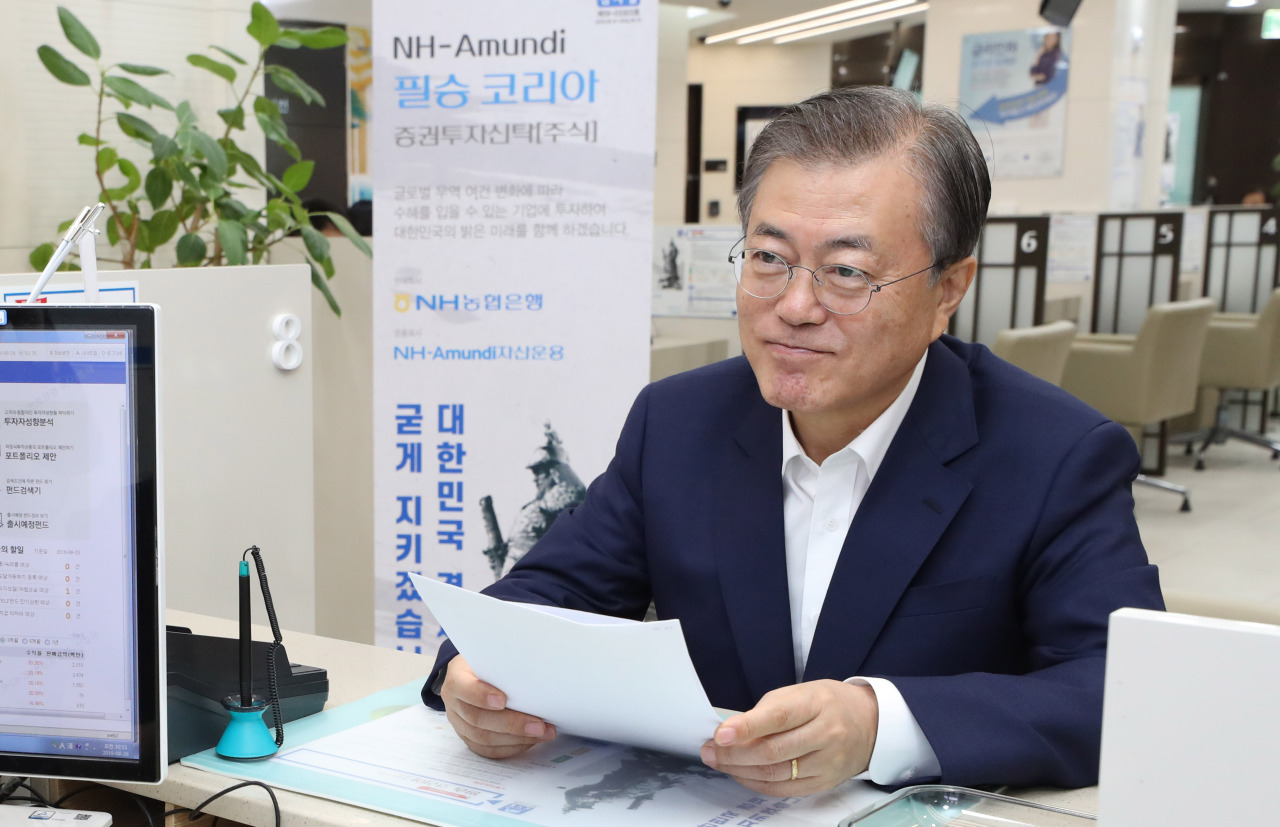 The public fund which is managed by NH-Amundi Asset Management -- with the most noteworthy investor being South Korean President Moon Jae-in -- was launched on Aug. 14, 2019. It has overrun the depressed stock market trend. Korea’s main bourse Kospi rose 22.1 percent over the cited period.

The trust fund manages 123 billion won ($103.7 million) worth of assets, while its net asset value is 192 billion won. To date the fund manager has sold more than 400 billion won to some 30,000 retail investors, including lawmakers, governors and mayors as well as the president.

The fund has garnered public recognition because its mission -- to help local manufacturers achieve supply chain independence -- has stirred a sense of patriotism among Korean retail investors. The trade restrictions imposed by Japan in July 2019 have impeded the production by tech companies here.

Upon its creation, it vowed to invest in listed shares of makers dedicated to equipment, components and materials to ensure the long-term independence of Korea’s semiconductor and secondary battery industries.

As of end-July, the fund was investing in 68 listed companies, with over four out of 10 being small and medium-sized parts makers. It also invested in large-cap stocks such as Korean market bellwether Samsung Electronics, internet firms Naver and Kakao, chipmaker SK hynix and chemical-to-battery maker LG Chem.