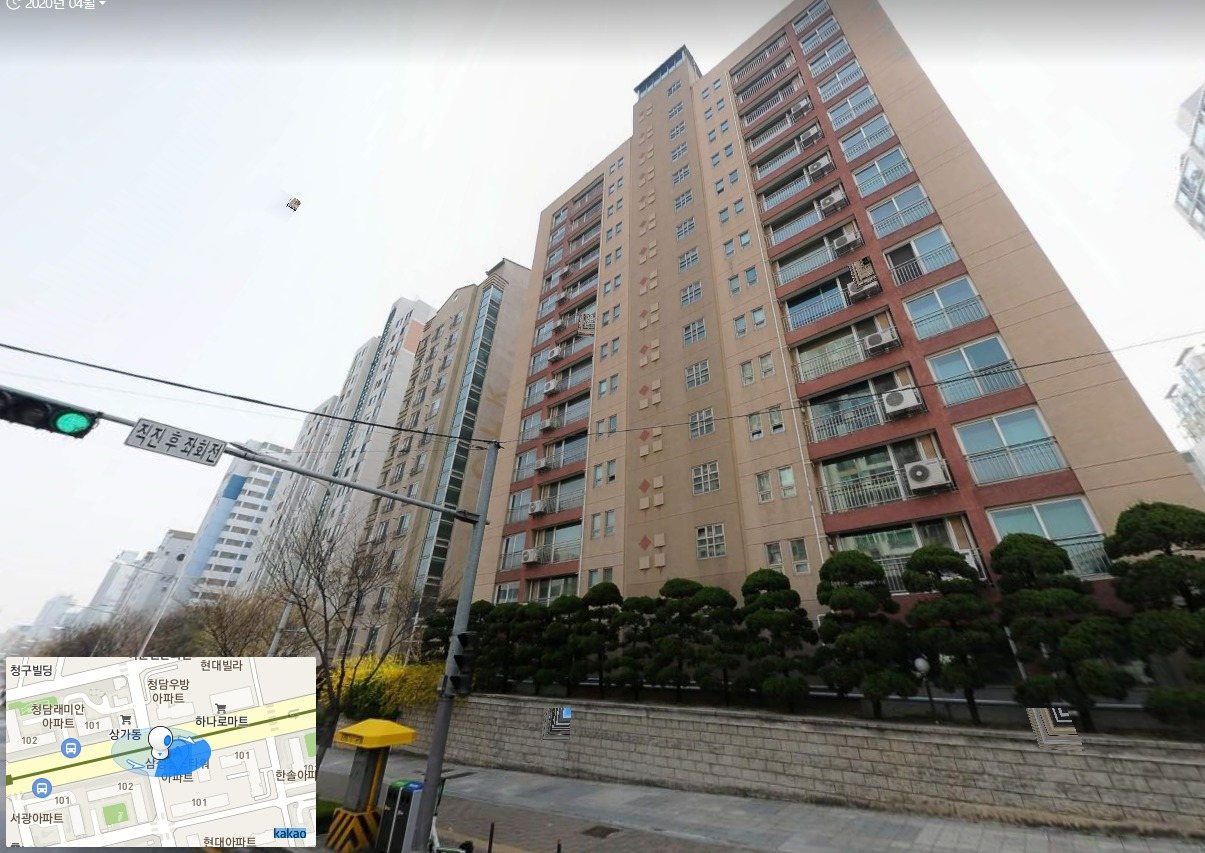 A KakaoMap roadview of Samsung World Tower
IGIS Asset Management said Thursday it has canceled a plan to renovate an apartment building in Gangnam, an affluent southern district of Seoul, it acquired in April.

The nation’s largest commercial property investor added it would liquidate the privately pooled fund that was created to invest in the redevelopment project, immediately after it sells the residential building. The asset management company purchased Samsung World Tower from an individual for 42 billion won ($35 million).

The deal, a rare kind as for an asset management company that focuses on transactions of commercial buildings drew market interest as well as raised eyebrows from the political circles for possibility of evading the law tightened on the government’s drive to curb housing prices. It wants to sell the property at the same price.

“We apologize for causing trouble amid citizens’ concerns about housing properties,” IGIS said in a statement. “We will swiftly liquidate the fund, return the investment to fund backers and loan to lenders. We will also immediately sell the apartment building without taking any profit.”

The purchase of the 11-story apartment building, home to 46 tenant households since 1997, sparked controversy as the lender Korean Federation of Community Credit Cooperatives argued that IGIS had skirted loan regulations.

KFCC said Igis had borrowed a combined 27 billion won loans, beyond the upper bar set at 17 billion won for the transaction, considering the nation’s 40 percent loan-to-value ratio for housing purchase. IGIS claimed that the purchase was meant for redevelopment project, not for conventional housing purchase, and thereby is not subject to housing purchase loan regulation.

The announcement came after Finance Minister Hong Nam-ki urged authorities earlier in the day to look into whether the private fund violated the loan rules in the country. The government is making all-out efforts to curb housing prices partly through stricter loan regulations.