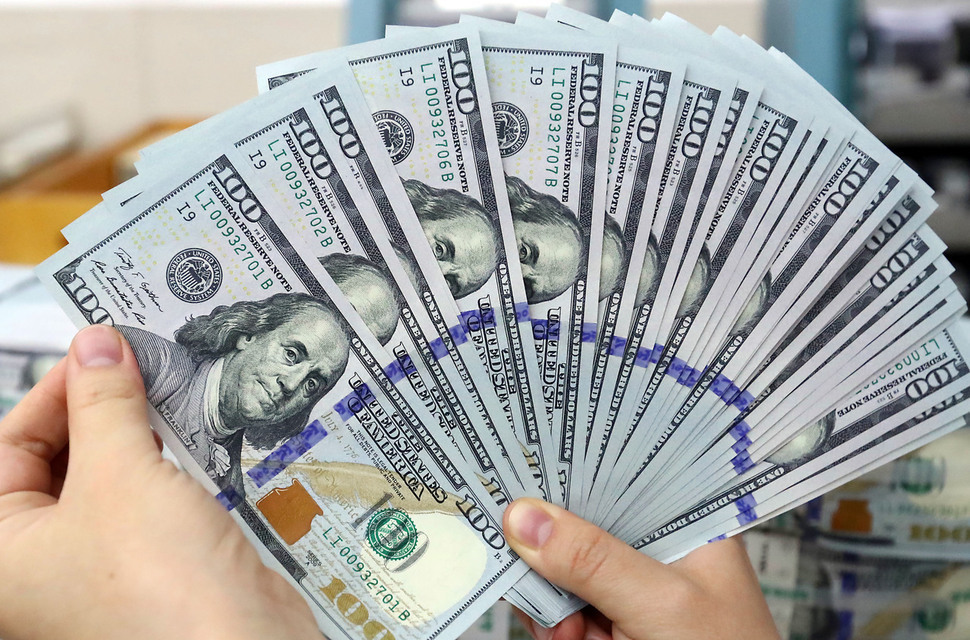 (Yonhap)
Foreign currency deposits at banks in South Korea surged to a new record high in June, central bank data showed Wednesday, amid pandemic-caused uncertainties that pushed both businesses and individuals to boost their currency holdings.

Foreign currency deposits held by local residents came to $84.53 billion as of end-June, up $3.61 billion from a month earlier, according to the data from the Bank of Korea (BOK).

The amount marks the highest since the BOK began compiling such data in June 2012.

"Considering that the country's economic size is unlikely to have been bigger prior to June 2012, we believe the amount is the highest in the country's history," a BOK official said.

Local residents include foreign entities who have stayed here for more than six months.

Savings in the US greenback amounted to $73.46 billion as of end-June, up $3.54 billion from a month earlier.

Such an increase comes amid increased volatility in the won-dollar exchange rate, while many apparently expect that the US dollar may continue to strengthen down the road amid the pandemic-caused global slump.

Deposits held in euros came to $3.61 billion won as of end-June, down $530 million from a month before. (Yonhap)