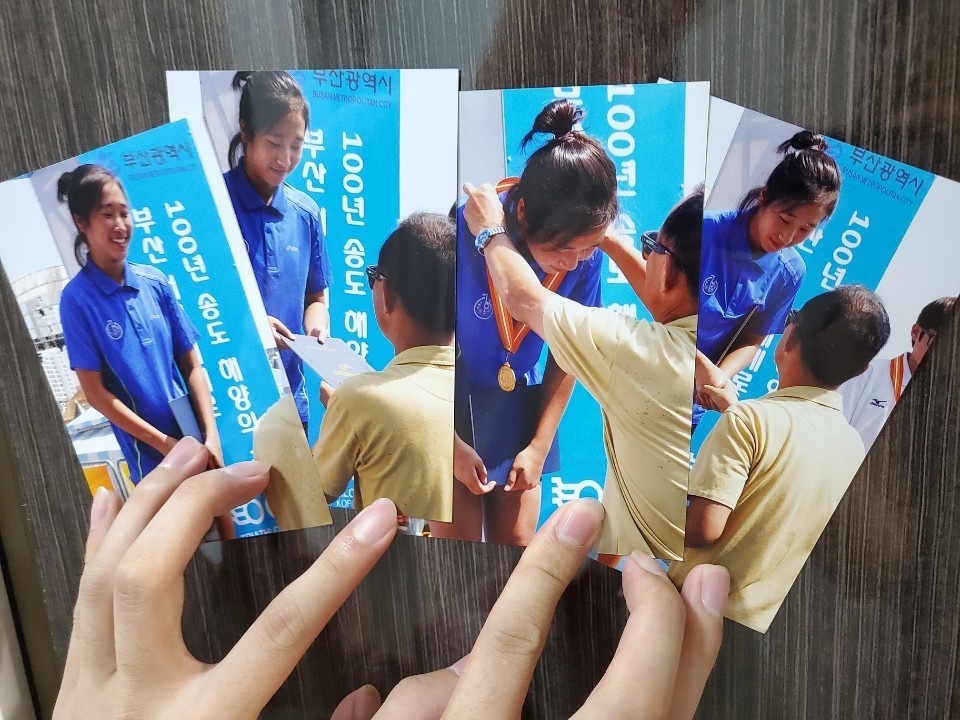 Photos of Choi Sook-hyun, a 22-year-old triathlete who committed suicide late last month, when she won the gold medal at a national-level competition in 2013. The Ministry of Education is launching a nationwide survey on all student athletes to prevent further abuse cases like Choi`s in the future. (Courtesy of Choi Sook-hyun`s family)
The Education Ministry plans to ask all of nearly 60,000 student athletes in the country about their experiences with physical and verbal abuse, after the suicide of a triathlete last month brought the issue of violence in elite sports into the spotlight.

Through 17 regional educational offices, the ministry will interview all 59,252 student athletes enrolled at elementary, middle and high schools across the country to investigate all instances of abuse until Aug. 14.

The survey will be conducted via in-person interviews, but online methods will also be allowed given the risk of transmission of the coronavirus, the ministry said.

The move comes as police investigate a local triathlon team after one of its former athletes, Choi Sook-hyun, took her own life late last month. It was revealed from the bereaved family and others that Choi, 22, and a few other athletes had been physically abused by their coach, doctor and older teammates for years.

Violence and sexual harassment of young athletes have been a hot issue in Korea after Olympic gold medalist and short track speedskater Shim Suk-hee revealed in 2018 that she had been repeatedly raped by her coach since she was a teenager.

Last week, the National Human Rights Commission of Korea said in a report that it requires more than a few investigations to root out the prevalent violence against youth athletes in elite sports.

It called for a strong political commitment from President Moon Jae-in to challenge the deep-rooted culture that condones abuse and focuses only on achievements.

If abuse cases are detected, the ministry will refer them to police and child protective services for official investigation. Coaching licenses may be revoked and additional punitive measures may follow in coordination with local athletic associations and district governments, it added.

The Education Ministry said it will also work closely with the Culture and Sports Ministry to draw up measures to prevent and monitor abuse within scholastic athletics.