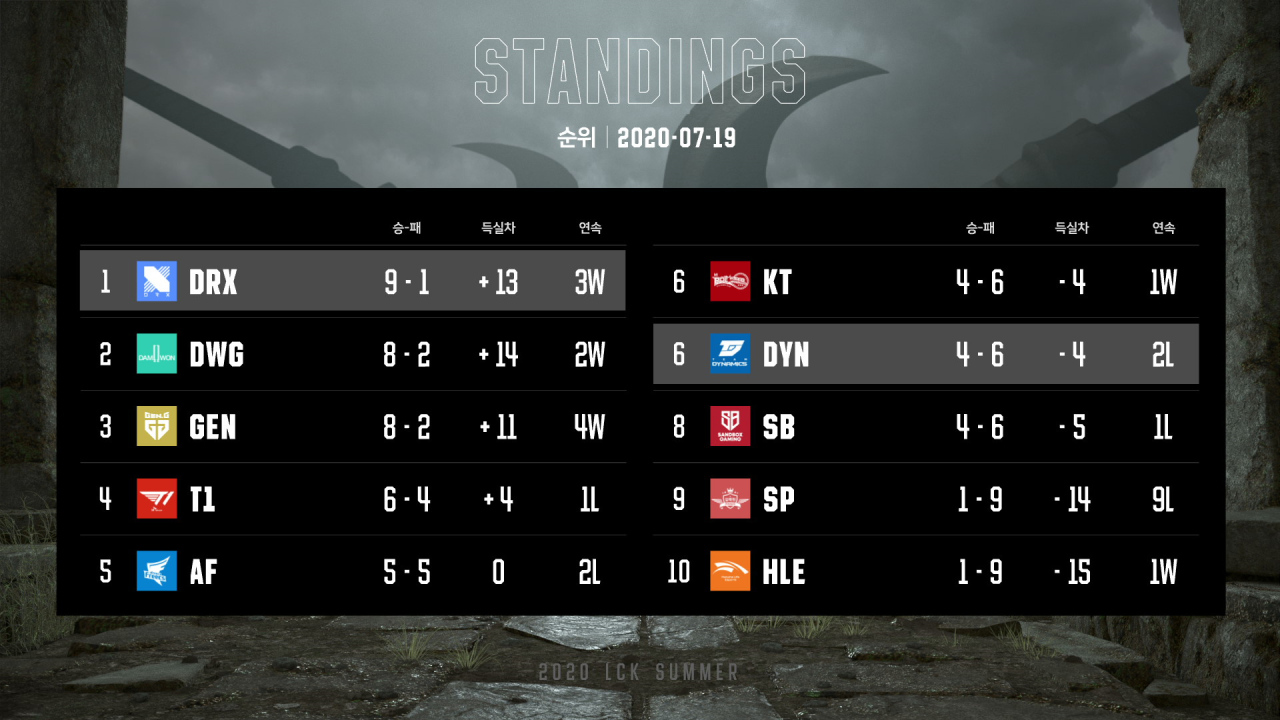 LCK standings are updated after DRX defeated Team Dynamics on Sunday. (Riot Games)
League of Legends Champions Korea has crossed the halfway point of the summer season, finishing the initial round-robin pairings and starting the first week of the second round last week.

With the second biggest tournament in LoL, the Mid-Season Invitational, canceled this year, many fans hoped the COVID-19 situation would calm down before the World Championships in the fall. Although the Mid-Season Cup in May between top Korean and Chinese teams gave fans the international competition they yearned for, the latency fixed at 30 milliseconds because the games were being played online did not bring out the best of the players in both regions. Latency, or lag, is also the reason that teams cannot just play online in their respective countries for the World Championships.

As this year marks the 10th year for League of Legends as an esport, the plan before the new coronavirus spread was to hold the World Championships in cities all across China, finishing with the finals in Shanghai, but that is no longer possible. Riot Games is considering a closed bubble system where players gather in one place to compete among other options, but nothing has been decided yet.

Still, the LCK teams carry on and struggle to improve themselves before the World Championships.

After the first 10 matches for each team, three teams stand out from the rest: DRX, Damwon Gaming and Gen. G. One thing the three teams have in common is each having a strong mid laner. 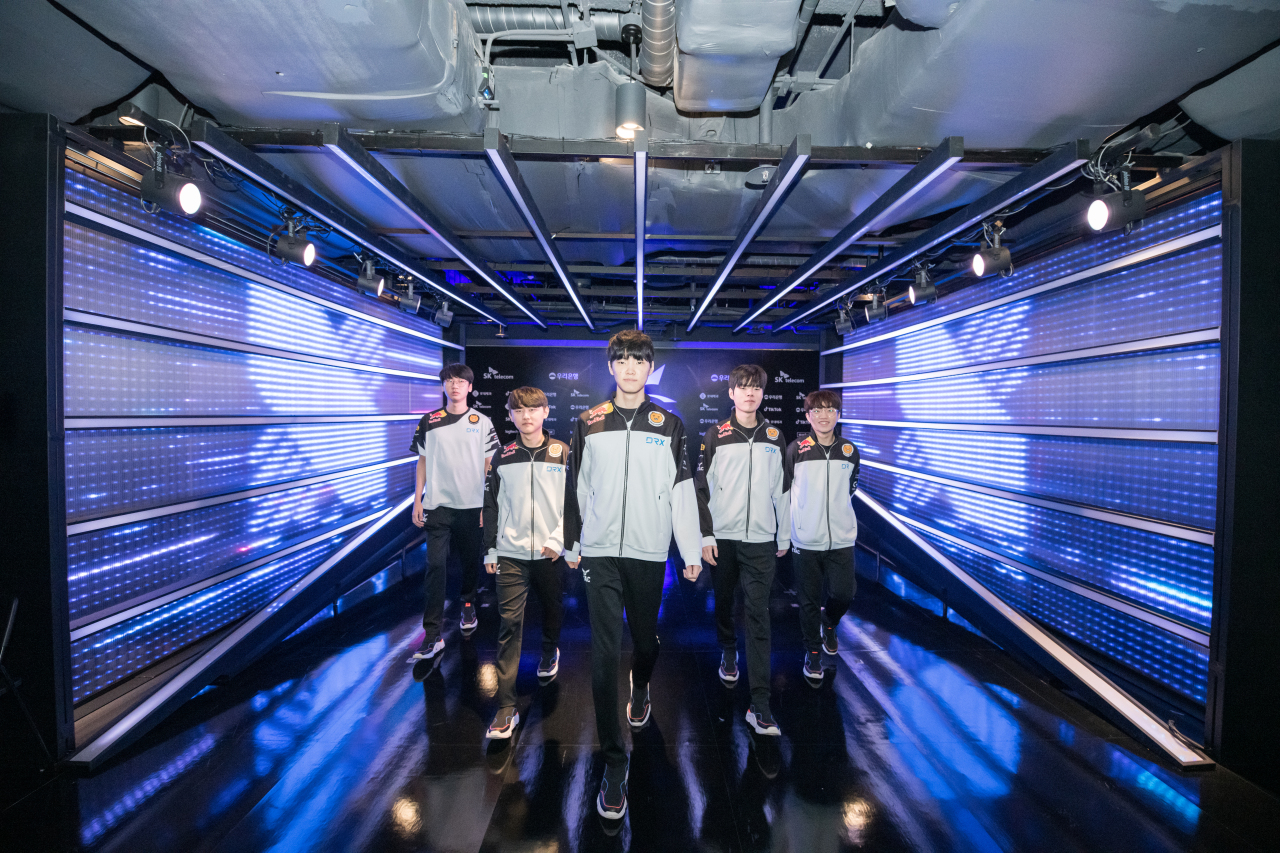 DRX enters before playing against Damwon Gaming on July 11. (Riot Games)
At a record of 9-1, DRX only dropped a match to KT. The team full of rookies in 2020 has become a formidable force, with Chovy dominating the laning phase and bottom lane holding the team steady.

Damwon Gaming is also returning to the World Championships form they showed last year, with a record of 8-2. ShowMaker, who sits in both the No. 1 and No. 2 spots in the Korean solo queue, shows off his mechanical skills every game in the mid lane. In the games they have won, the score has been 2-0, winning in a convincing fashion. The two matches they dropped were against Gen. G and DRX.

Gen. G is the third in the ladder, also at 8-2. Gen. G finally overcame their rivals in T1 on Saturday, cementing their place and putting T1 at fourth with a 6-4 record.

Meanwhile, in the the bottom half of the LCK, Hanwha Life Esports finally secured the team’s first win on Sunday over SeolHaeOne Prince, after going winless in the first round. Also, Sandbox Gaming’s four-game winning streak under European coach YamatoCannon came to an end Saturday when they lost to KT.

Outside the games, health issues were the biggest concern in the first round. LCK announcer Kim Dong-jun got into a car accident while coming to the arena and had to go to the hospital in the middle of a match, while analyst PawN left because of a fever. Also, KT’s TusiN was hospitalized for enteritis, and DRX star player Deft reported spinal problems.

Another issue raised was LCK announcer Kim Min-ah going on a break from the LCK upon being entrenched in scandal for saying sexually offensive comments on YouTube to a middle school student.

The LCK continues without a live audience at LCK Arena in Jongno, central Seoul, until further notice. This is the last season before LCK goes into a franchise system from next spring.