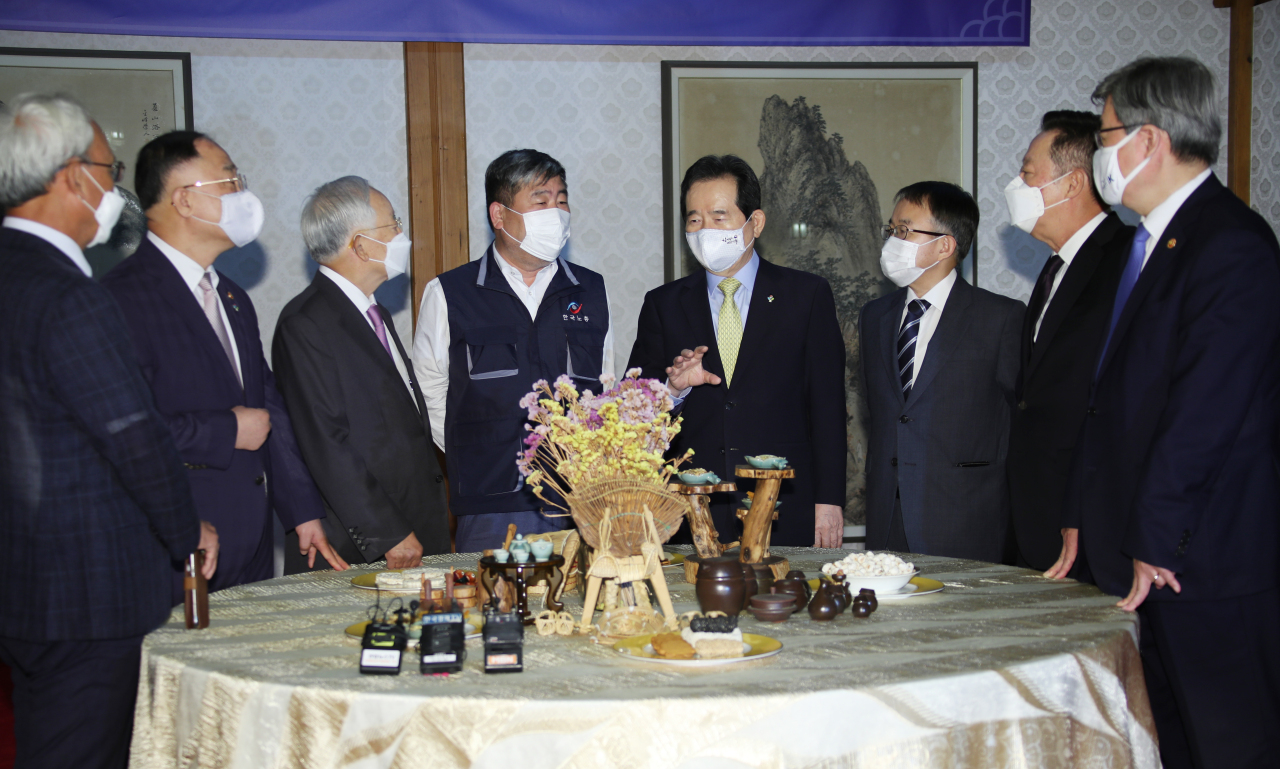 The remaining parties, including the other labor group Federation of Korean Trade Unions, are waiting for the KCTU to reach an internal agreement soon, but it is becoming increasingly likely that the deal may never be inked as it was drafted.

At 10:30 a.m., sector representatives of labor, business and the government were scheduled to appear at Prime Minister Chung Sye-kyun’s office in Seoul and sign a 12-page agreement that they preliminarily agreed upon the night before.

It was to be the first tripartite agreement to be reached in 22 years since the last one was inked in 1998 following the Asian financial crisis.

The deal contained a number of collaborative measures including the labor unions’ support for the cost-cutting measures of companies to maintain employment, businesses making sure they will do their best to retain the number of workers and the government providing necessary financial support for those efforts.

While all representatives agreed upon the draft agreement, the proposed deal was met with opposition from within the KCTU. While KCTU Chairman Kim Myeong-hwan vowed to support the deal and promised to fight the organization’s dissent through a committee-level discussion, it was known that he eventually failed to persuade others and had to pull out at the 11th hour.

It was reported that some KCTU members opposed the draft deal as some of their core demands were excluded. The KCTU had argued for the government to bar layoffs and restrict businesses from cutting wages.

“Despite additional efforts yesterday, some of our members have been arguing that we should back out, but I think we should keep the deal alive,” Kim said in a statement Tuesday. “We need to get on with the deal and move a step forward. That is my determination and my firm belief.”

It was also speculated that internal dissent at the KCTU was raised due to the scheduled election of a new chairman at the end of this year. The KCTU could not be reached for comment by press time.

There has been criticism on the fruitless outcome as the tripartite dialogue has been heavily swayed by KCTU’s moves since the start of negotiations last month, and kicked off only with the labor group’s request from the very start.

Now it is uncertain where the dialogue will lead to, as the FKTU threatened to pull out of the talks if no agreement is reached by end-June. Participating parties shared the need to wrap up the negotiations by then as they wanted to keep the discussion separate from the outcome of the Minimum Wage Council underway.

“It is not clear at the moment when the deal will be struck for good,” a FKTU official said, adding that it is ready to sign the deal whenever the KCTU reaches a conclusion within the organization.