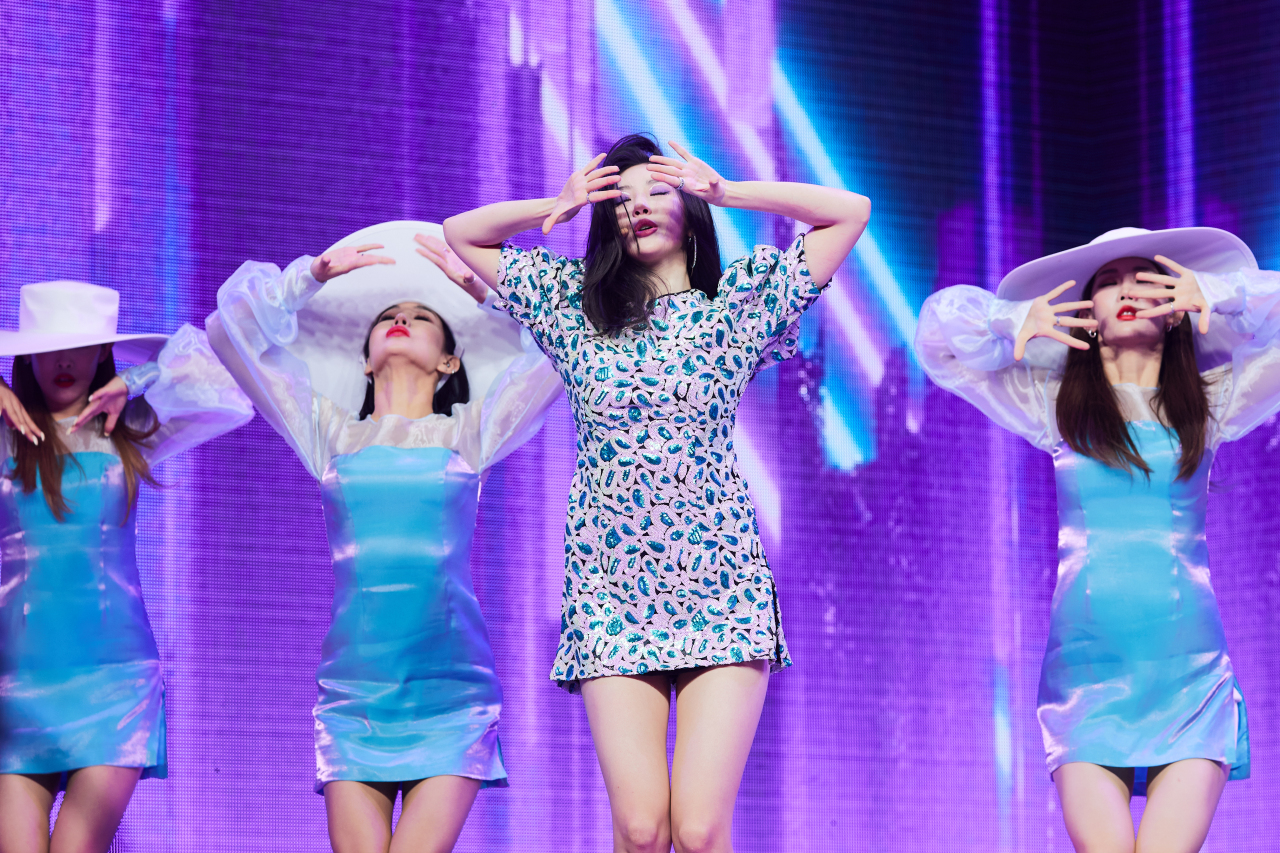 (Makeus Entertainment)
Sunmi is tackling city pop in her new single “pporappippam” which is slated for release Monday.

While known for her dance-pop sound, the new song -- which translates to purple night in Korean -- sees the singer incorporate elements of city pop into her signature upbeat pop sound -- a subset of pop music originated in Japan in the ’70s.

“Imagine a breeze that cools you down on a summer day at sunset after a hot day and you are looking up to the sky at a café terrace. It gives you butterflies in your stomach and I wanted to sonically express those feelings,” the singer said of the new track during a live-streamed press event.

With Hwasa and Chung Ha releasing new work this summer, the singer said she is happy to come back to the music scene alongside fellow female solo artists.

“Female solo artists are really taking the music scene by storm together and I think it’s amazing. “Instead of having a monolithic concept that happens to be trendy, each artist has their own identity, which I think is a great thing.

“Pporappippam” arrives nearly a year after her previous single “Lalalay” last year and the singer says she wanted to create a track that is easier on the ears and something people can listen to for a long time, compared to her previous singles that stroke a more powerful note in terms of sound.

Sunmi wrote the lyrics and the melodies alongside producer FRANTS who she worked with on multiple tracks including her hit single “Siren.” The song also features rhythmic beats and guitar riffs by singer-songwriter and guitarist Jukjae, with her costume for the song custom-made by fashion designer Kevin Germanier.

Marking her 14th year as an artist since her debut as a member of Wonder Girls in 2007, Sunmi said she would name her life a “marathoner” if it were captured in a videotape.

“I think life is a long-term game and I think I’ve been going at it at my own pace -- finishing the race as Lee Sun-mi (her birth name),” she said.

As for pressure, she said it is “to be expected.”

“The results aren’t great when there is no pressure. Pressure is something that one must have and to be asked about this. I think it proves that I’ve been doing alright,” she added.