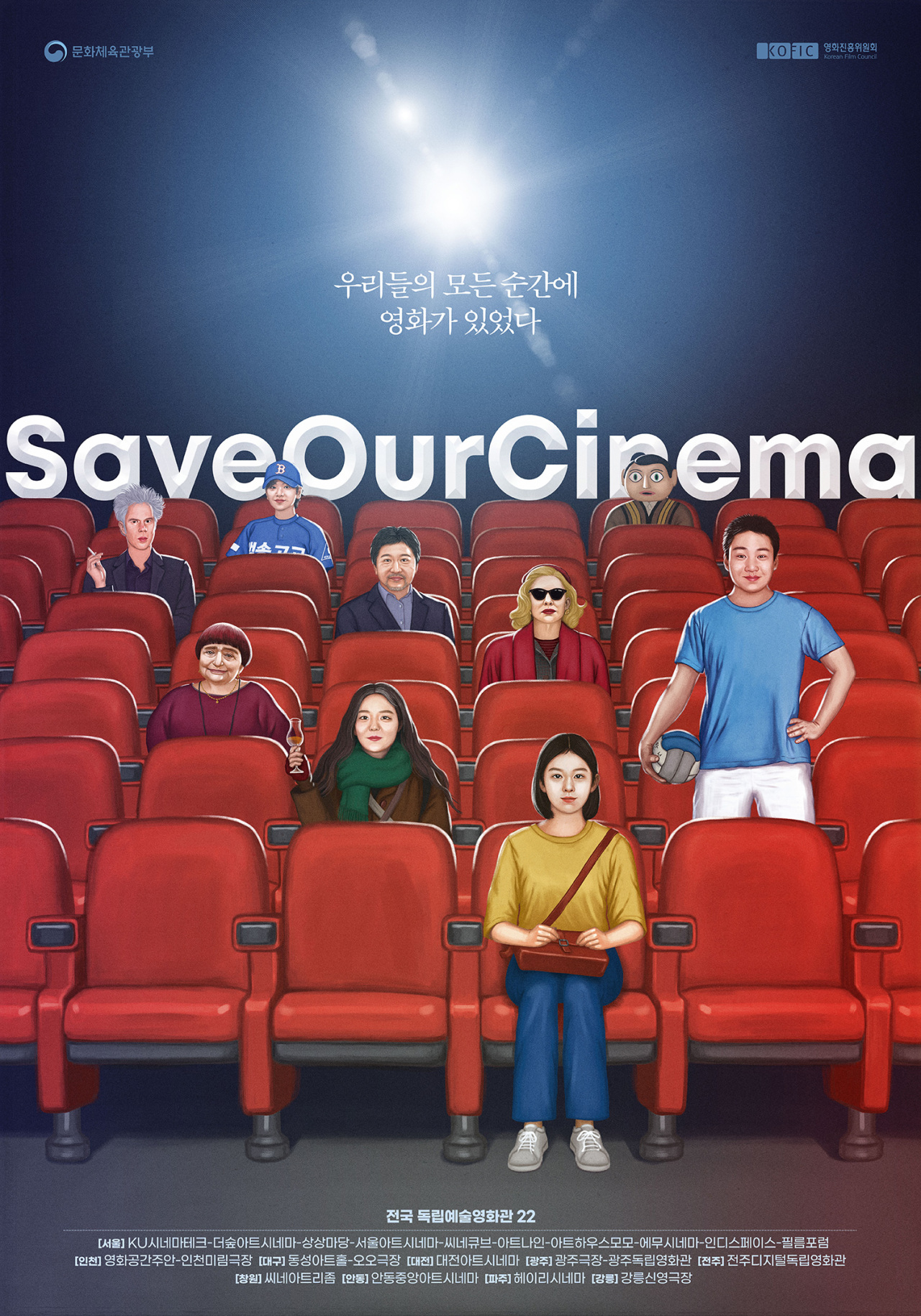 #SaveOurCinema campaign poster (Korean Arthouse Cinema Association)
Local indie and art house cinemas are teaming up to save the low-budget film industry struggling from the impact of the prolonged coronavirus pandemic.

Korean Arthouse Cinema Association on Monday announced that 22 indie and art house cinemas will participate in the #SaveOurCinema campaign, which aims to raise public awareness of indie films and encourage moviegoers to return to smaller cinemas from July 1.

While the campaign will include a wide range of marketing events conducted by individual cinemas, most of the 22 participating cinemas will jointly offer the government-issued movie discount coupons that the Korean Film Council has been providing since June.

Over the last four weeks, the government film body allotted 95 percent of the available 1.33 million vouchers -- offering a 60 percent discount on a movie ticket -- to the country’s four major multiplex operators. The remaining 5 percent will now be distributed to some 39 smaller cinemas, according to an official from the KOFIC COVID-19 task force team.

While the film industry is suffering the worst period in its history, the damage inflicted on the industry’s most vulnerable indie, art houses has been especially detrimental. Some half a dozen such cinemas -- including 55 Cinema and Dongsung Art Hall in Daegu, Busan’s Cinema Center and the Arirang Cine Center in Seoul -- were forced to temporarily close their doors at some point during the pandemic, with some still closed.

According to Won Seung-hwan, director of the Indie Space cinema in Seoul, most indie and art house film industry personnel were wary of the government’s support measures led by discount coupons.

“The discount coupons only help those limited number of people involved with those few films opening in the three to four weeks during which the coupons are distributed,” said Won. However, the situation is more complex, as companies have closed and people have been laid off due to COVID-19, Won pointed out.

Won stressed the coupons were an unfit solution for the indie cinemas in the first place.

“KOFIC did not discuss with us on when or how to distribute them, but only notified us after discussing with officials from the multiplexes,” Won, a long-time expert in the local indie film scene, said. He further added most small theaters, including his own, experienced a significant drop in ticket sales during the four-week period when the chain operators were provided with the vouchers.