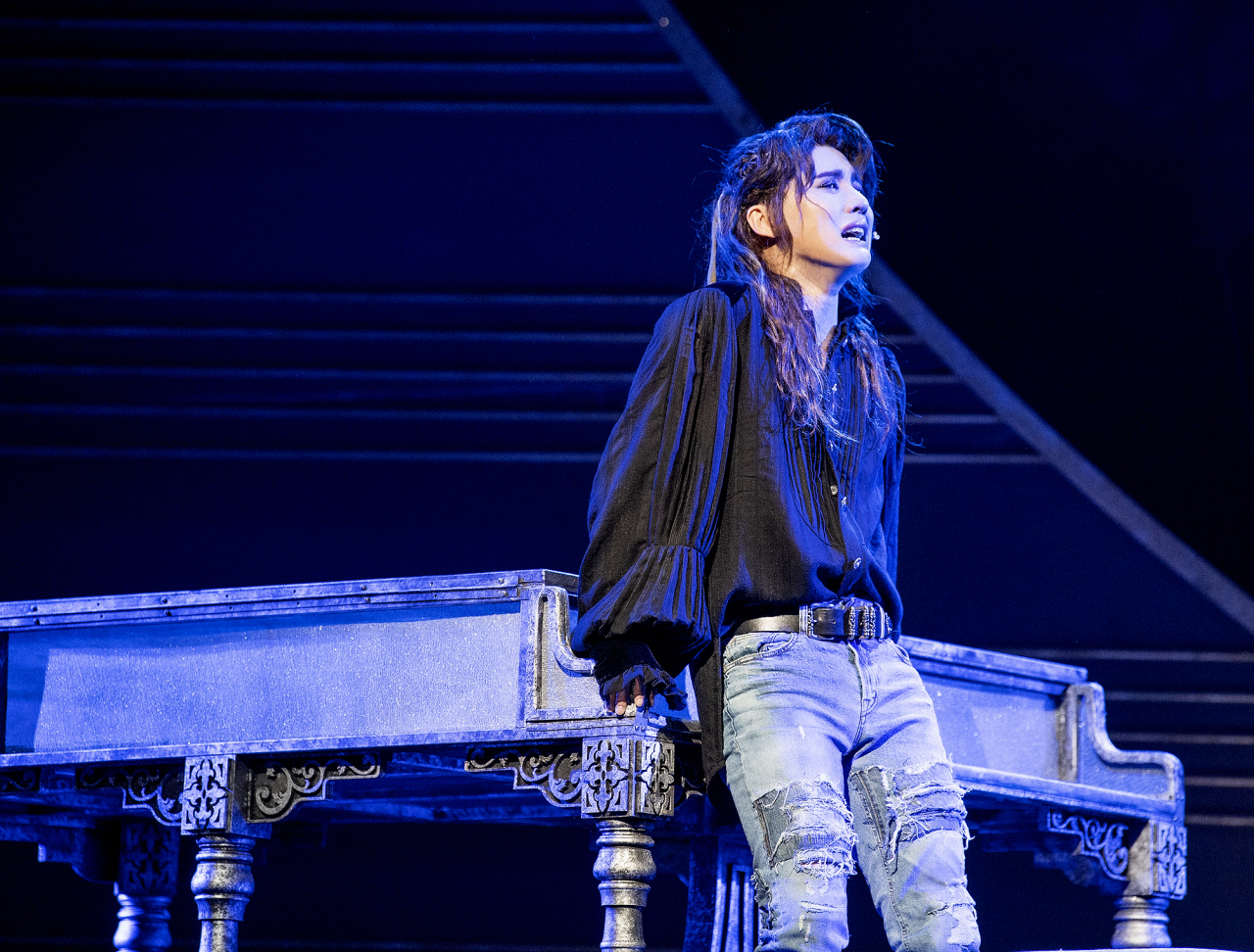 The musical, written by celebrated duo Michael Kunze and Sylvester Levay, features Wolfgang Amadeus Mozart (1756-1791) as a fragile being trapped by his childhood. Though a grown man, Mozart is consistently haunted by Amade, the personification of his genius. 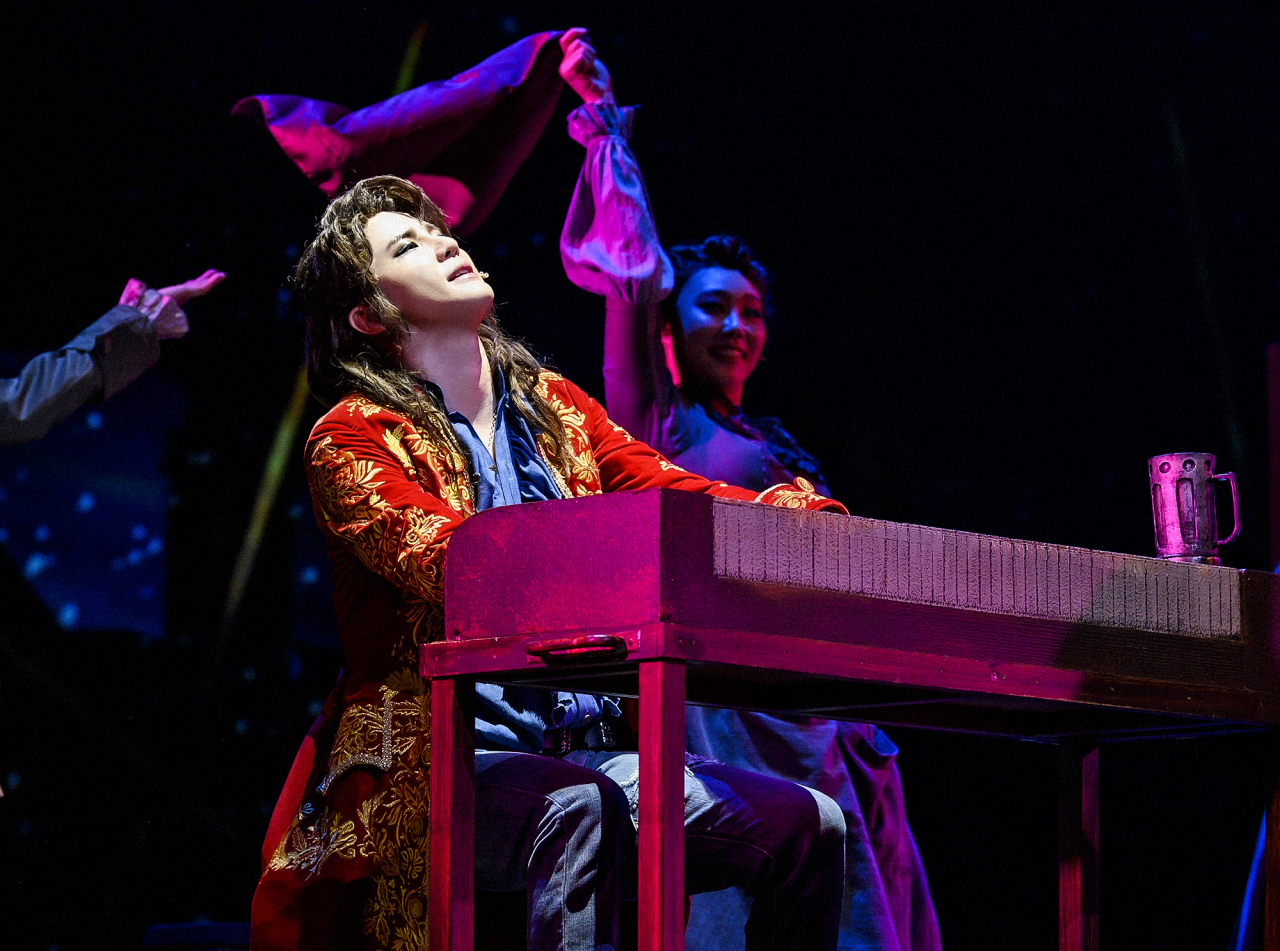 Kim Jun-su in the musical “Mozart!” (EMK Musical Company)
Though Mozart is an 18th century figure, the musical portrays the genius from a modern-day perspective, showing him as a rock star in a Rococo world. Mozart appears onstage wearing jeans, sporting dreadlocks. But he always wears a red coat, symbolizing his passion for music.

Premiered in Vienna in 1991, the show has sold more than 2.4 million tickets in nine countries, including Germany, Sweden and Japan. It is the sixth production to be staged in South Korea after its Korean premiere in 2010. 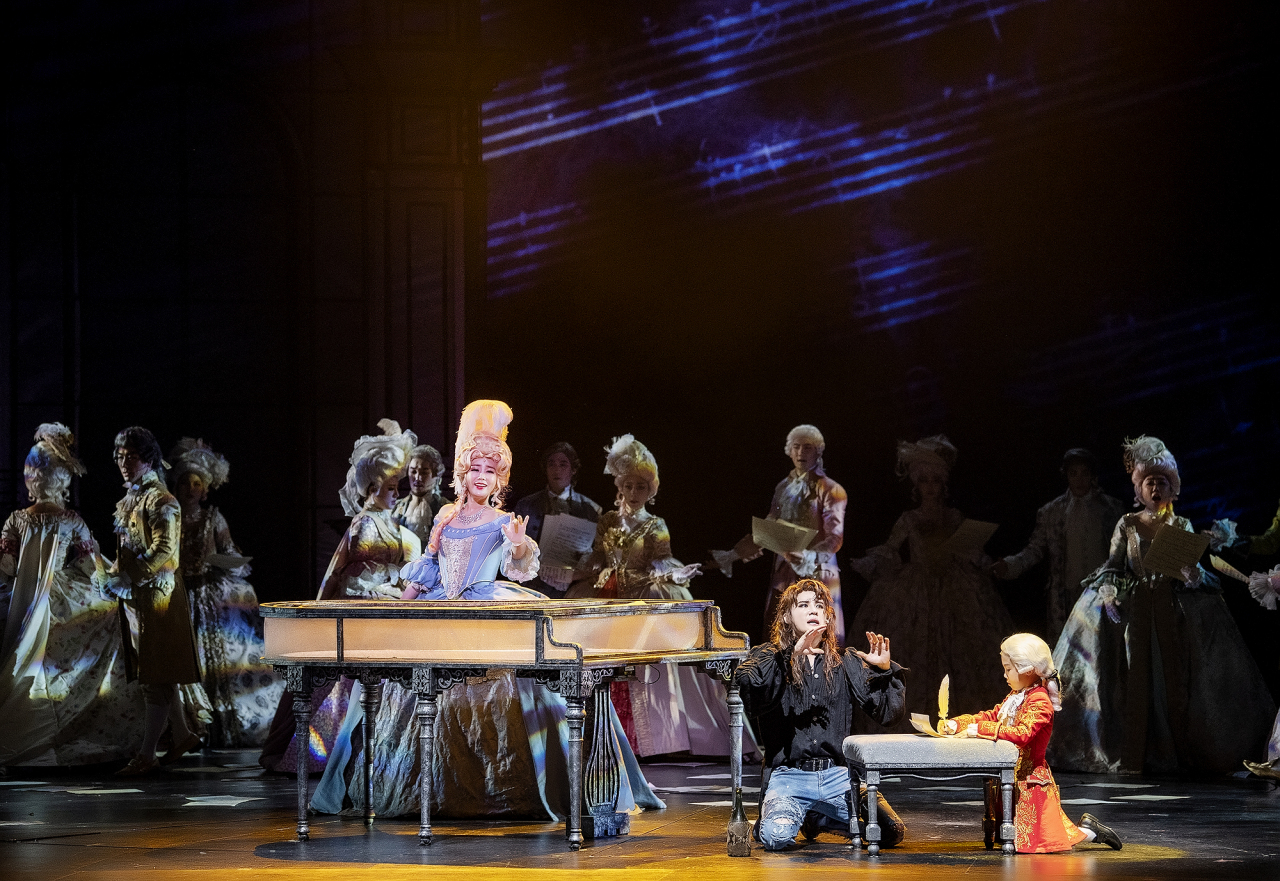 (EMK Musical Company)
The musical was originally set to begin its run June 11. The opening, however, was postponed to June 16 as the government brought back stricter social distancing guidelines for the Seoul metropolitan area through June 14. Six performances were canceled.

The cancellation was inevitable as the Sejong Center for the Performing Arts is under the wing of the Seoul Metropolitan Government.

All eyes were on the show to see if the EMK Musical Company would comply with the government guidelines requiring every other seat to be left vacant for a zigzag configuration, as “Mozart!” would set the example for other upcoming shows held at state-run and city-run theaters.

In the end, “Mozart!” did not observe the guidelines. Tickets had already been sold, making it almost impossible to cancel all the tickets and go through the reservation process all over again. Also, the zigzag seating configuration would have placed a massive financial burden on the EMK Musical Company. 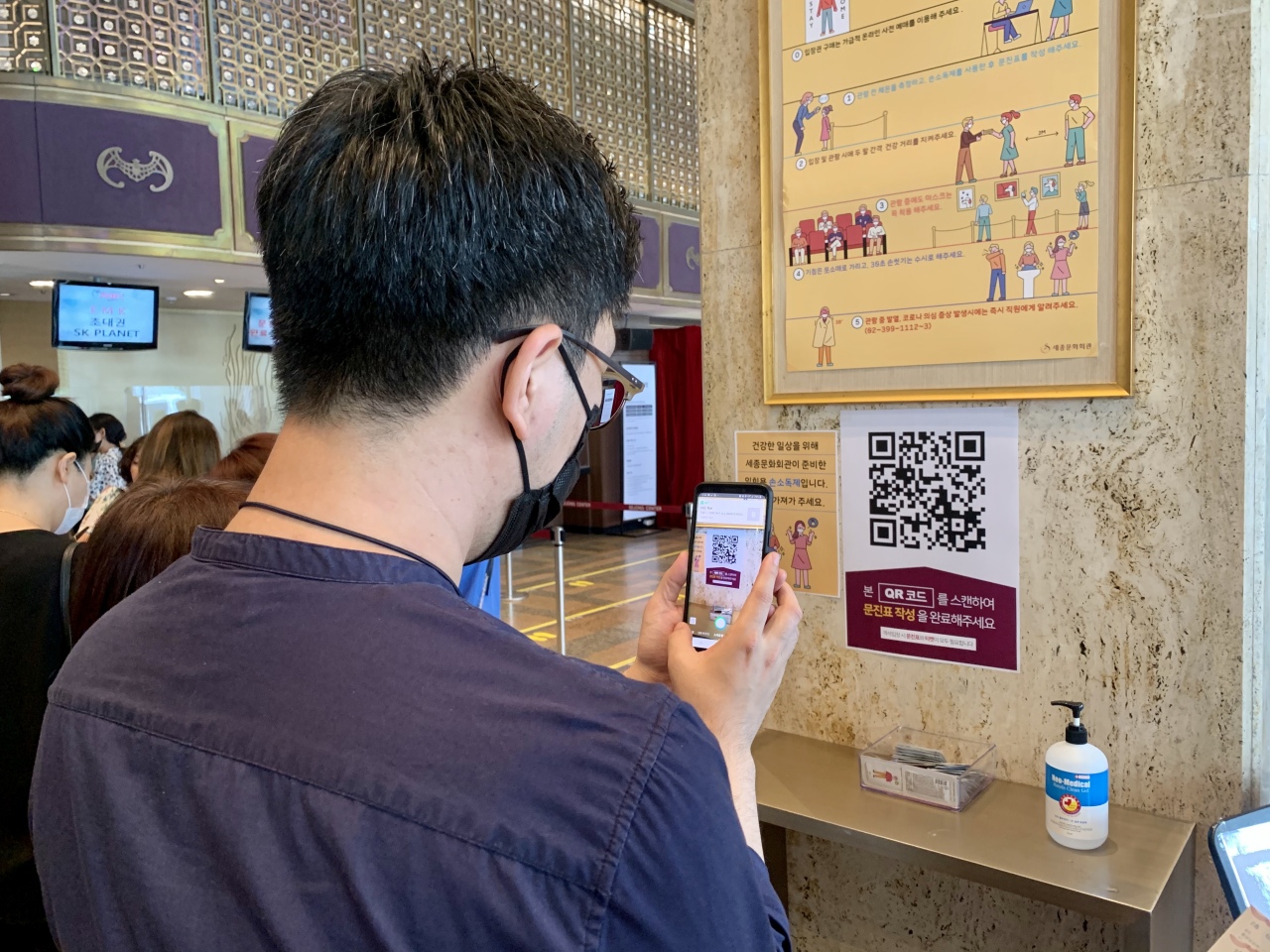 A theatergoer uses a QR code app to fill out a health check form on Friday before entering the concert hall to see “Mozart!” at the Sejong Center for the Performing Arts in Gwanghwamun, central Seoul. (Im Eun-byel/The Korea Herald)
Instead, the Sejong Center strengthened its health check system, using a smartphone app for QR code-based registration. Audience members had to “check in” using the app before entering the concert hall. Entrances were controlled with a thermal sensor camera, and masks were mandatory at all times.

On Friday afternoon, 1,300 people filled the 3,000-seat venue where 1,800 seats were available for guests -- drawn by musical star Kim Jun-su, who took to the stage as Mozart.

At the curtain call on Friday, both the actors and the audience became emotional as the actor who plays Amade, the child version of Mozart, said, “We are all going through hard times. ‘Mozart!’ sings of a miracle.”

“Mozart!” is an important piece for Kim Jun-su, too. Kim, a former member of the legendary K-pop act TVXQ, had his musical debut 10 years ago in the Korean premiere of the piece.

Kim was on an involuntary hiatus after leaving his band over a legal dispute, and the show gave him a new outlet for his music.

“I still remember the moment I went onstage 10 years ago, holding a box with a red jacket. After 10 years, I am here again,” Kim said June 17 through his agency, C-JeS Entertainment. “I am happy to be on the stage again with the work that made me who I am now.”