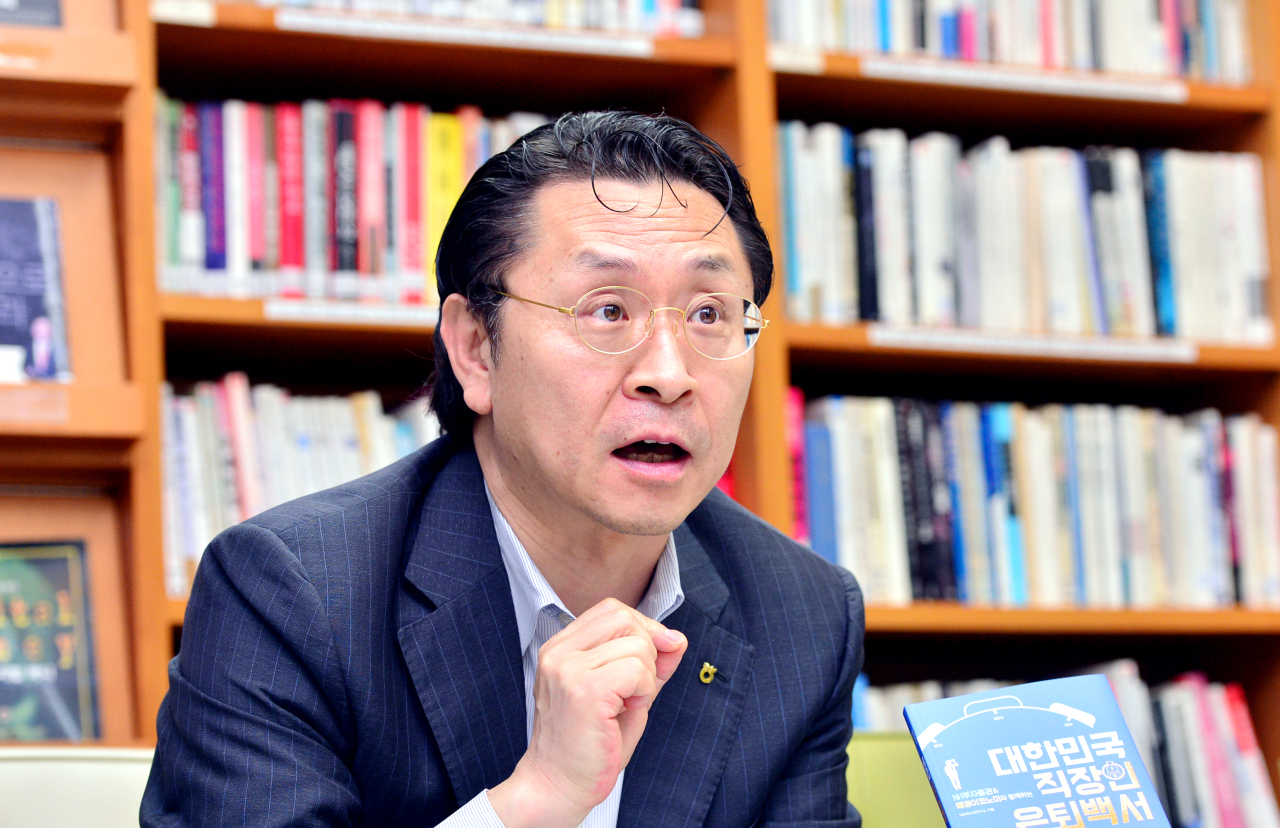 Park Jin, head of the Longevity Research Institute at NH Investment & Securities, speaks during an interview with The Korea Herald in Yeouido, western Seoul. (Park Hyun-koo/The Korea Herald)
For many people in advanced economies, retirement means freedom. But for South Koreans, it means deteriorating health and reduced financial independence.

Asia’s fourth-largest economy has its own pension system, a subscription-based national pension program and the basic income support for senior citizens living in poverty. Together they serve as an important social safety net.

But that is not enough to ensure a healthy and independent life, according to Park Jin, who studies the relationship between financial investment and the demographic trend toward a fast-aging society.

Pointing to Korea’s elderly income poverty rate, which at 46 percent is well above the Organization for Economic Cooperation and Development’s average of 12.5 percent, Park, who is head of the Longevity Research Institute at NH Investment & Securities, warned that the country is already facing a surge in bankruptcies among older people.

“Since lifespans are projected to further extend, it will be difficult to (enjoy one’s) later years without preparing for retirement savings in advance. We often forecast that future humans will live up to 100 years. People with solid jobs, however, don’t recognize this stark reality,” he said in an interview with The Korea Herald.

According to Statistics Korea, the average projected lifespan reached 82.7 years as of 2018, higher than the OECD average of 80.7 years.

A recent study by the institute showed that a married couple might need an average of 2.79 million won ($2,350) per month after they both retire at 65.

Going on the assumption that the value of their savings would tend to decrease over the years, a couple might need at least 900 million in cash to live well until age 100.

The survey shows how important it is to start saving and spending less as early as possible, Park said.

“Start with an evaluation for personal retirement financial planning, diagnosis and goal setting. And remember, the faster the better. If you have more time, you can be less burdened,” he said. “The most certain way of investment is saving. Try to reduce overconsumption for a better retirement.”

While most investments carry risks, Park mentioned that people’s investment portfolios and strategies may vary depending on their ages and individual circumstances. But activating personal pensions is a must and people in their 40s and 50s are recommended to comprise low-risk portfolios such as target-date funds to prevent the risk of severe losses from investments. 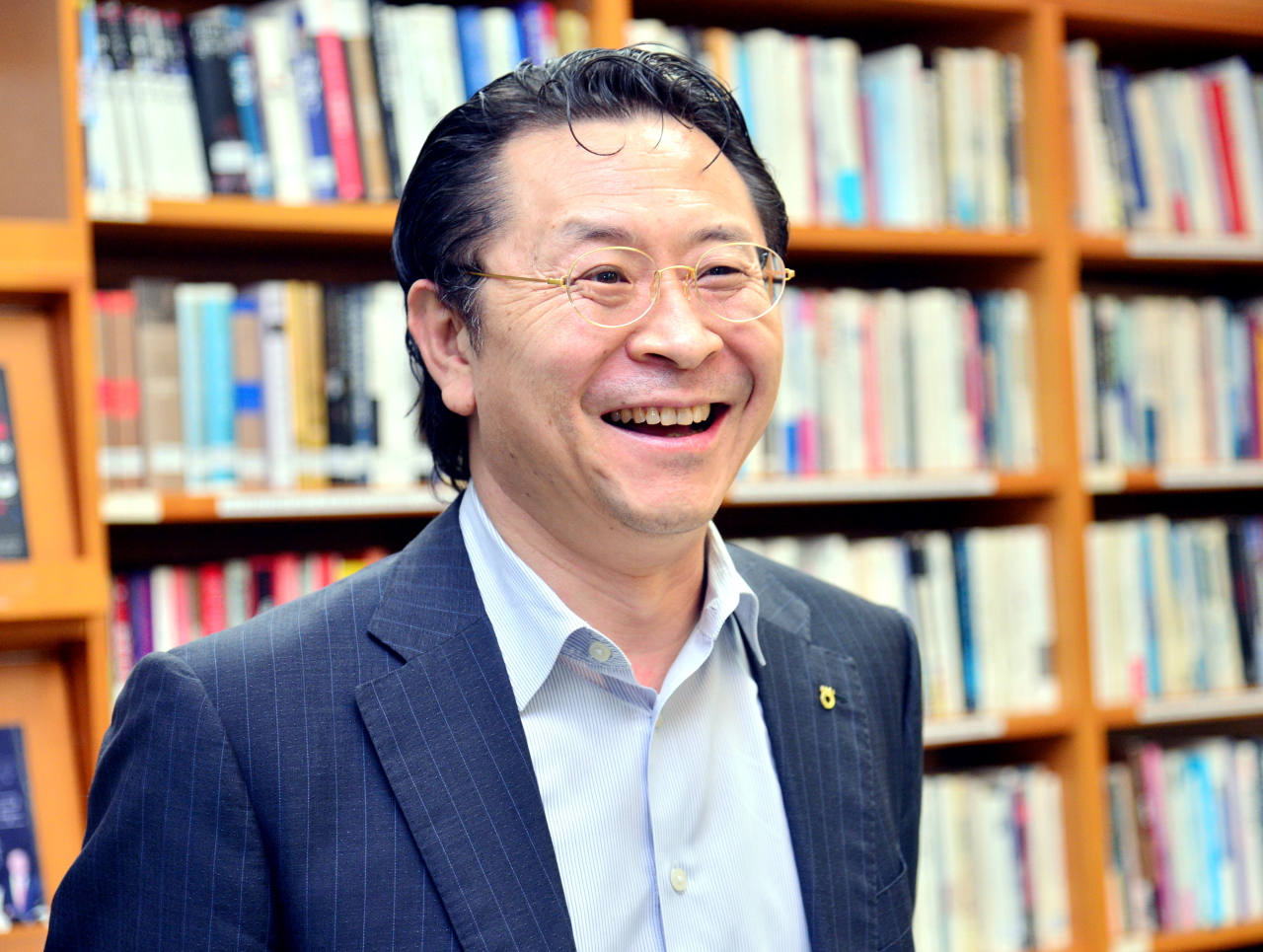 (Park Hyun-koo/The Korea Herald)
Many Korean investors still strongly believe that real estate investment will bring higher returns than any other financial product. About 75 percent of the nation’s household assets are real estate, while the average for developed nations was below 50 percent.

On top of the high value on real estate, some Koreans often experience acute cash flow problems as they choose traditional bank accounts and certificates of deposit as another safe investment destination, he added.

“Such narrow investment preferences have been attributed to the lack of financial education,” he said, quoting another OECD survey. The financial quotient -- a measure of the ability to obtain and manage personal wealth by understanding how money works, with a higher value indicating better understanding -- stood at 62.2 for Korean adults, which was lower than the OECD average of 64.9.

“People still make stock investments by listening to others rather than relying on their judgment.”

NH Investment & Securities, the local brokerage unit of NongHyup Financial Group, established the Longevity Research Institute in September 2011. It is one of three institutes at local financial and investment firms that provide guidelines so that people can enjoy their retirement.

Park, an analyst of 21 years, began his career at the Daewoo Economic Research Institute. Before joining NH’s Longevity Research Institute in 2018, he was in charge of the securities firm’s global equity sales.