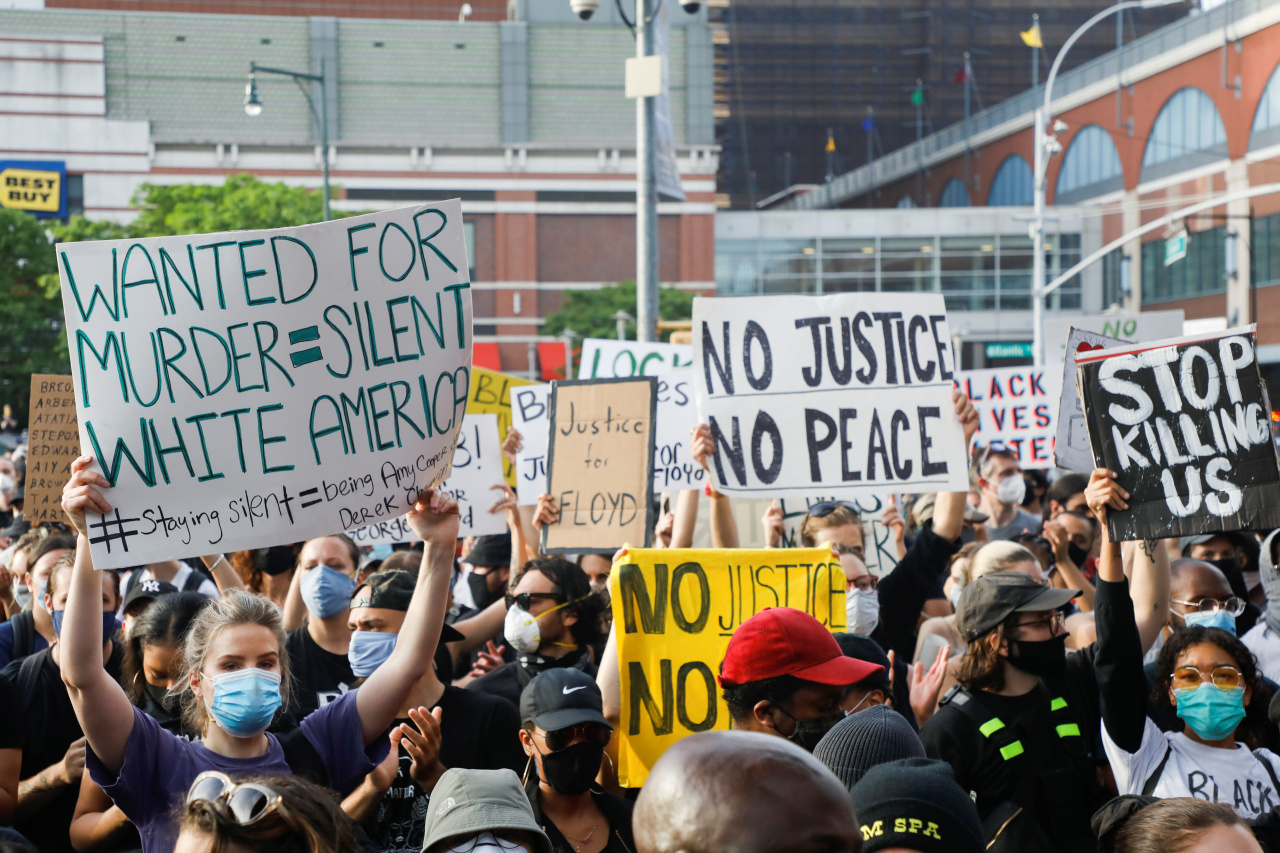 In a tweet on Sunday, Mark Tuan from GOT7 told his followers to stay strong and safe as he announced his donation of $7,000 to George Floyd Memorial Fund.

Jae from rock band DAY6 donated to Minnesota Freedom Fund as he linked a page that shows ways to help the Black Lives Matter movement on social media while Eric Nam and Holland encouraged his fans to sign petitions.

R&B and hip-hop singer Crush also took to Instagram to voice his support.

“Many artists and people around the world get so much inspiration by black culture and music including me. We have a duty to respect every race,” he wrote with the hashtags #ripgeorgefloyd and #blacklivesmatter.

While other Korean hip-hop artists including Drunken Tiger and Loco took their stance in support of the protest, Ahin, Nancy, and JooE of girl group Momoland also took to Instagram to demand justice. 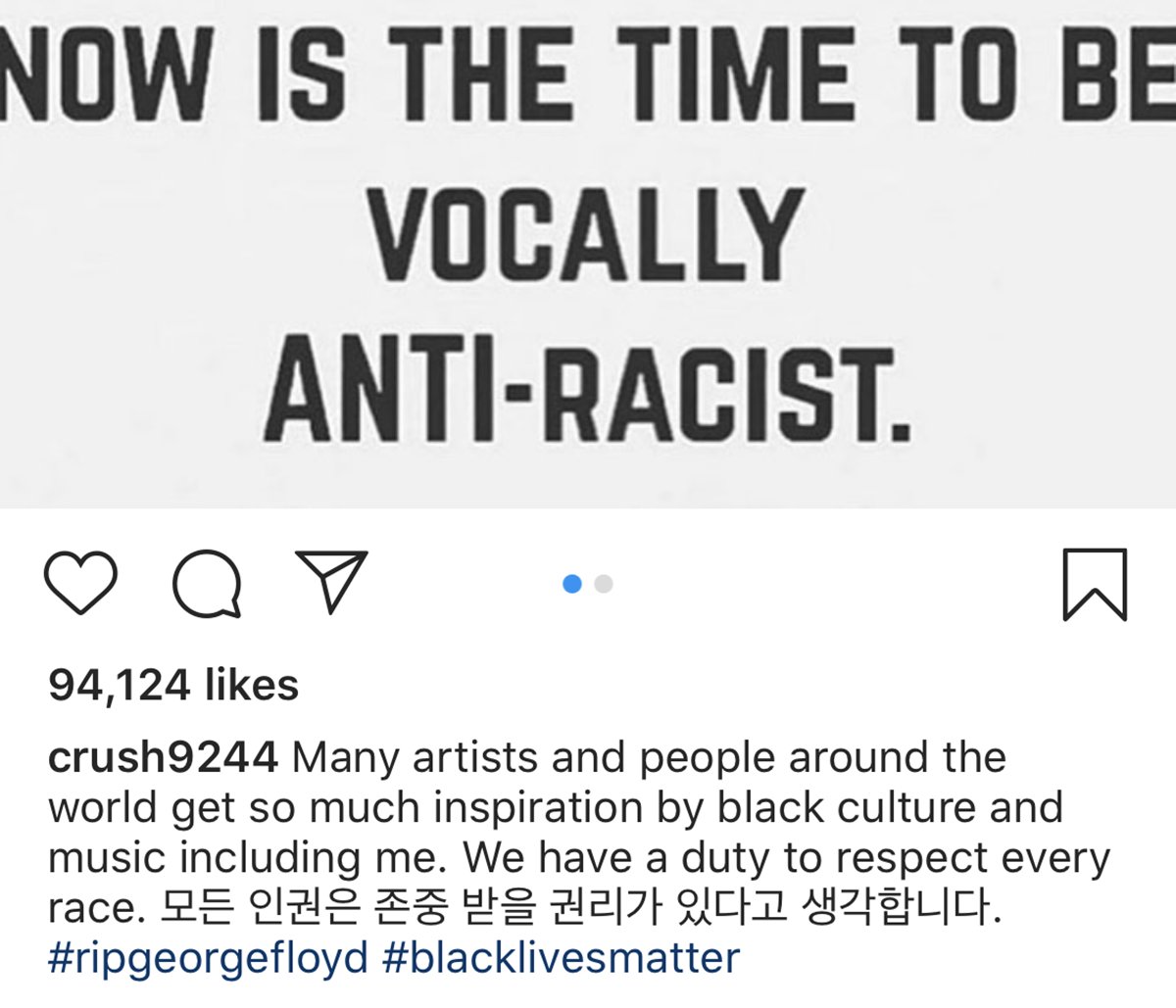 (Crush's Instagram)
The moves come amid growing calls for an end to police brutality from prominent figures and celebrities around the world including former US President Barack Obama, Beyonce and Taylor Swift.

Many fans have organized support for the cause, with influential “stan” accounts sharing links to petitions for the Black Lives Matter movement.

Several Blackpink fan accounts encouraged fans to refrain from using the hashtag #SourCandy in the wake of its release last week to keep #BlackLivesMatter visible on Twitter.

Some fans -- many of them ethnic minorities --, however, have expressed disappointment in artists who have remained silent on the matter.

While fancams –- a short clip of celebrities often depicted dancing and posing close-up in a flattering light –- are seen as a nuisance by many on Twitter, some ingenious fans utilized the clips as a means of political activism.

On Sunday, the Dallas Police Department tweeted about its iWatch Dallas app, which is designed for people to anonymously report “illegal activity from the protests” to police.

And the next day, the Dallas Police Department tweeted, “Due to technical difficulties iWatch Dallas app will be down temporarily.”

It is unclear, however, whether traffic caused by K-pop memes overwhelmed the app.