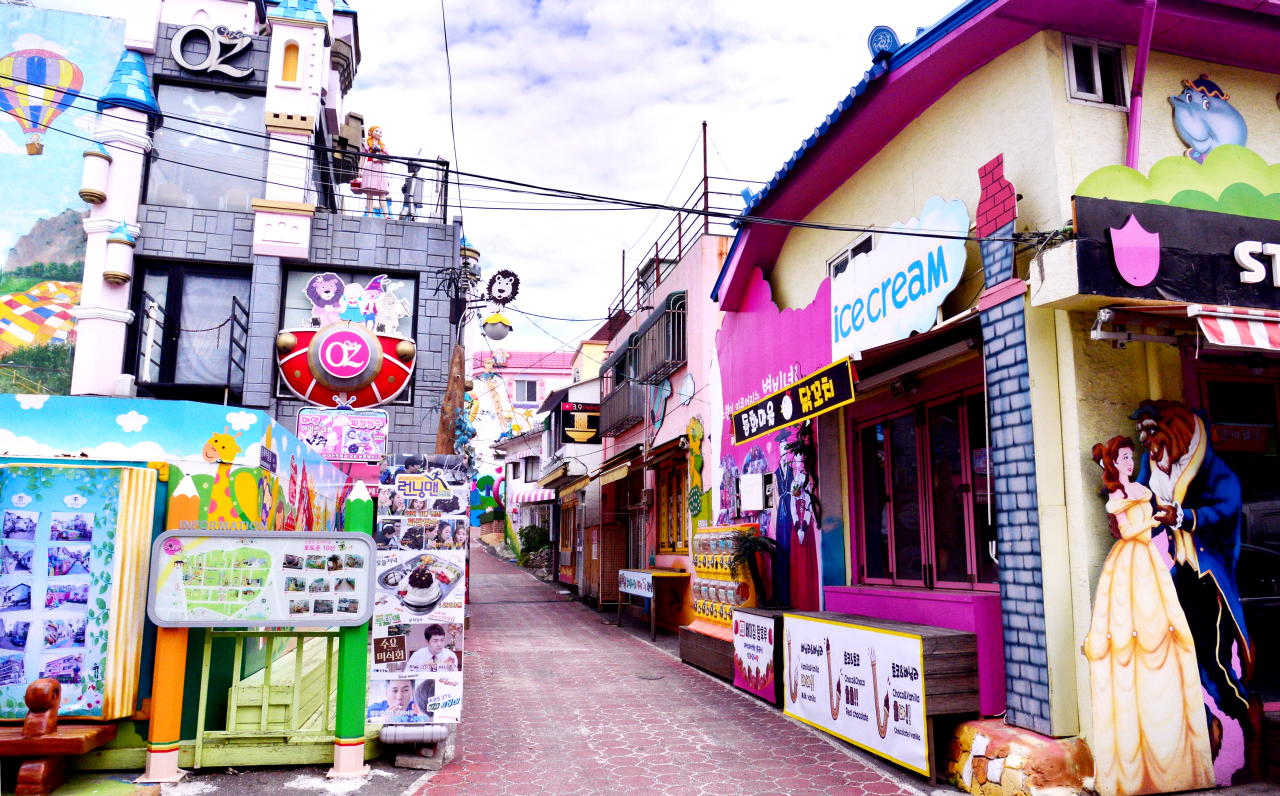 Next to Incheon’s historic Chinatown stands the Songwol-dong Fairy Tale Village, where characters from classic tales of Korea and the West are brought to life. 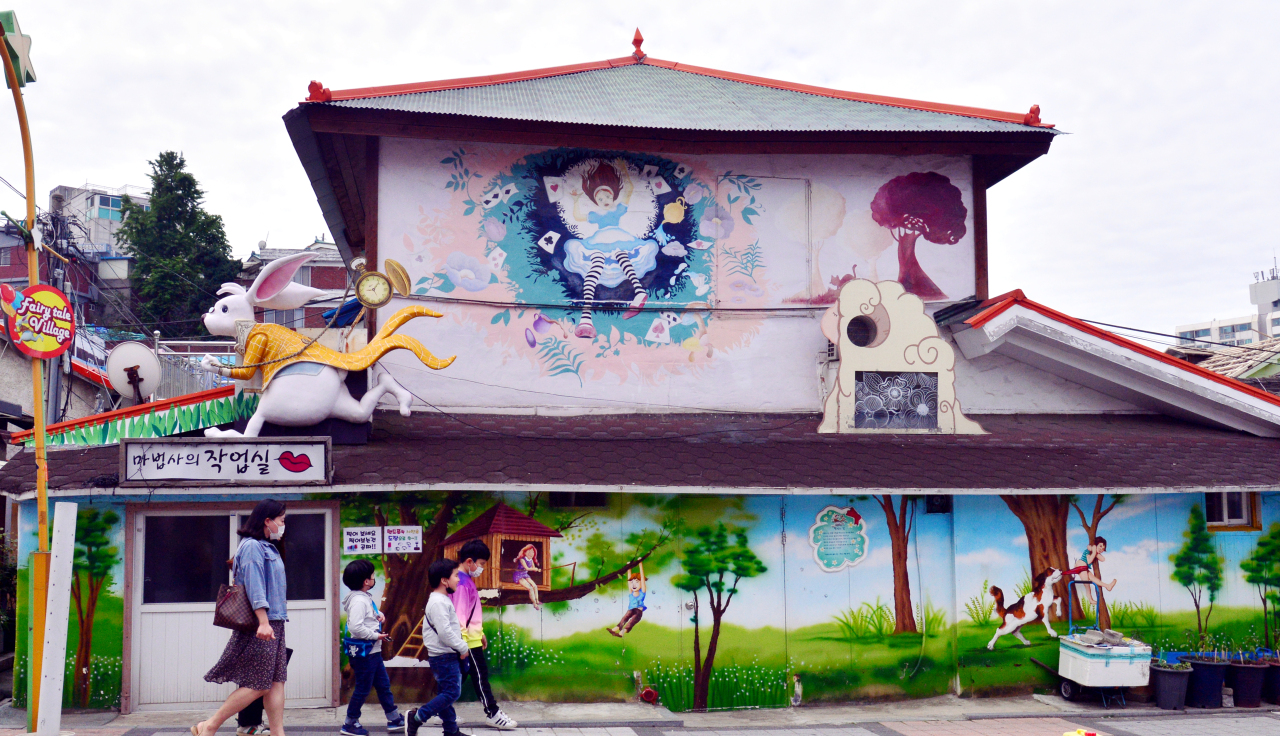 Stirring the innocence of childhood, the village is decorated to depict scenes of popular tales ranging from “Alice in Wonderland” and “Wizard of Oz” to “Little Red Riding Hood” and “Heungbu and Nolbu” -- a traditional Korean folk tale of a rich brother and a poor brother. Visitors can feel as if they were inside the scenes of the tales as they walk through the village. 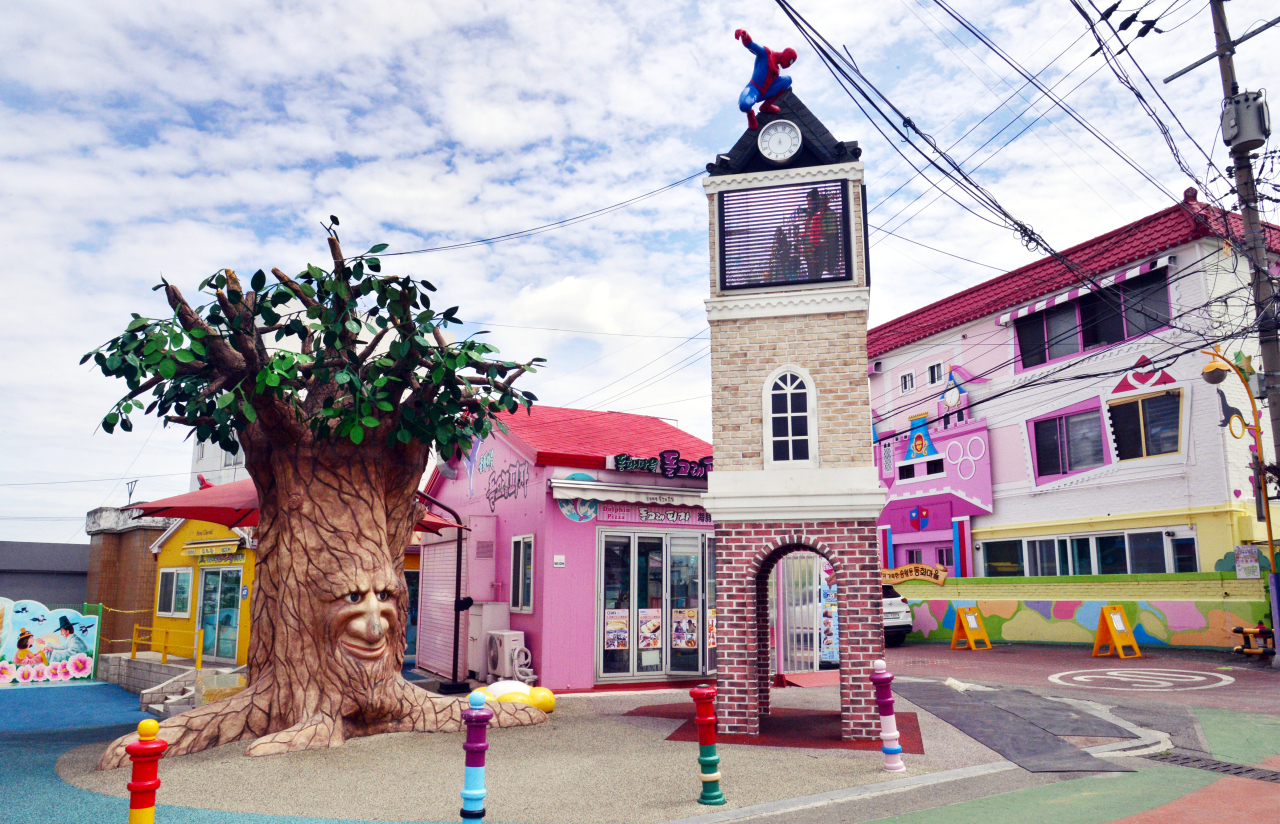 The historical district was once a wealthy neighborhood frequented by foreign merchants in the late 19th century, with the opening of Incheon Port. The area, however, began to wane in the 1970s, as the regional economy collapsed. 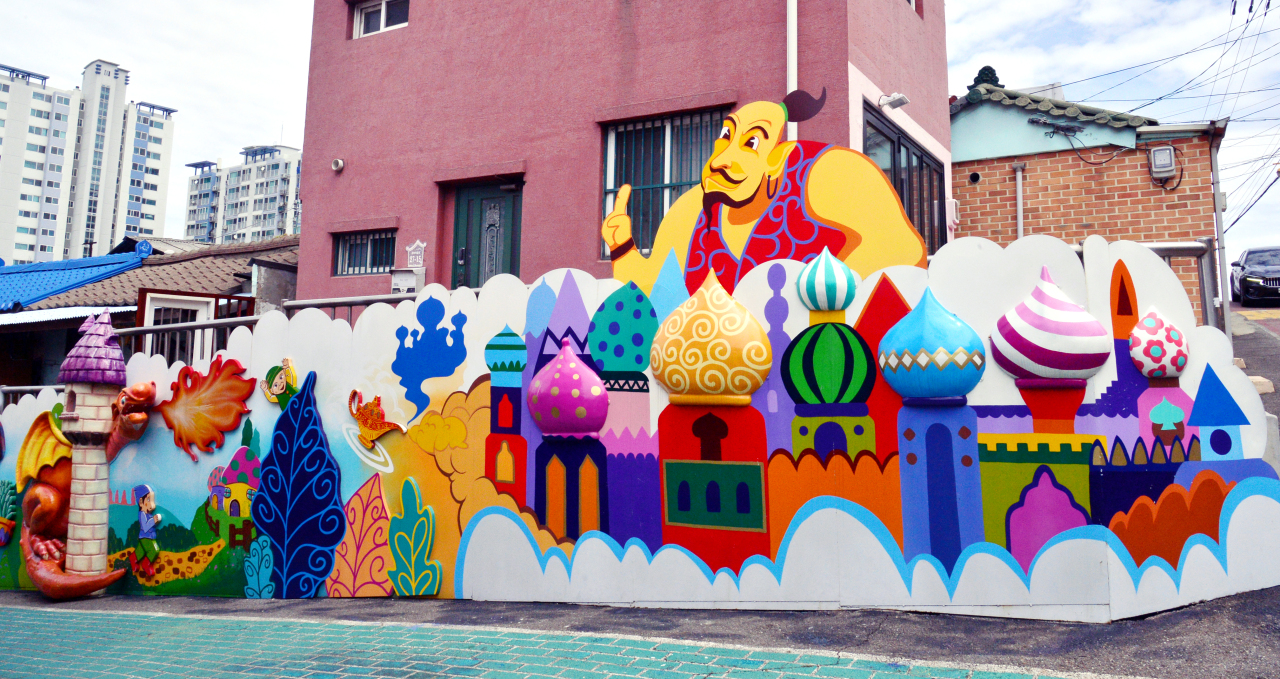 To revive the neighborhood, Incheon City embarked on an urban regeneration project in April 2013. With careful efforts not to damage the historic buildings and standing structures, Songwol-dong was transformed into a village of fairy tales, becoming one of the favorite tourism spots in the city. 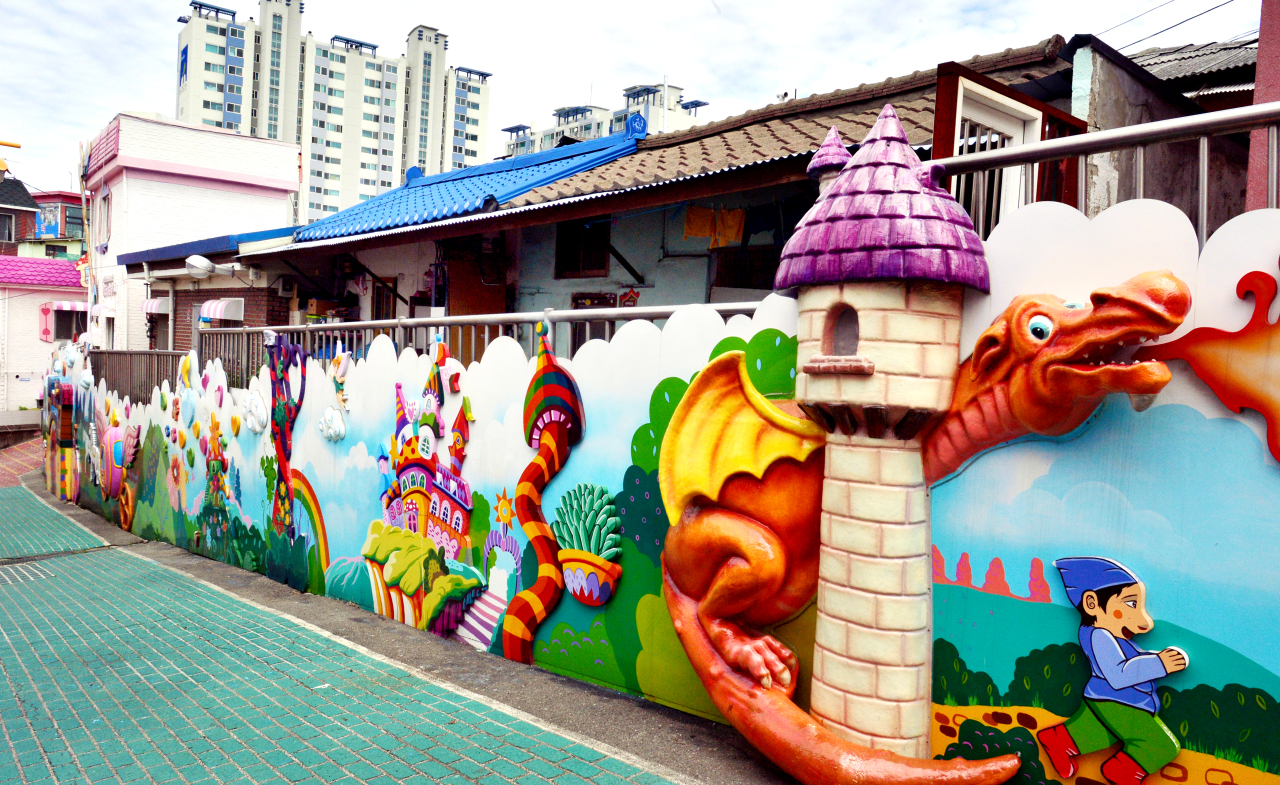 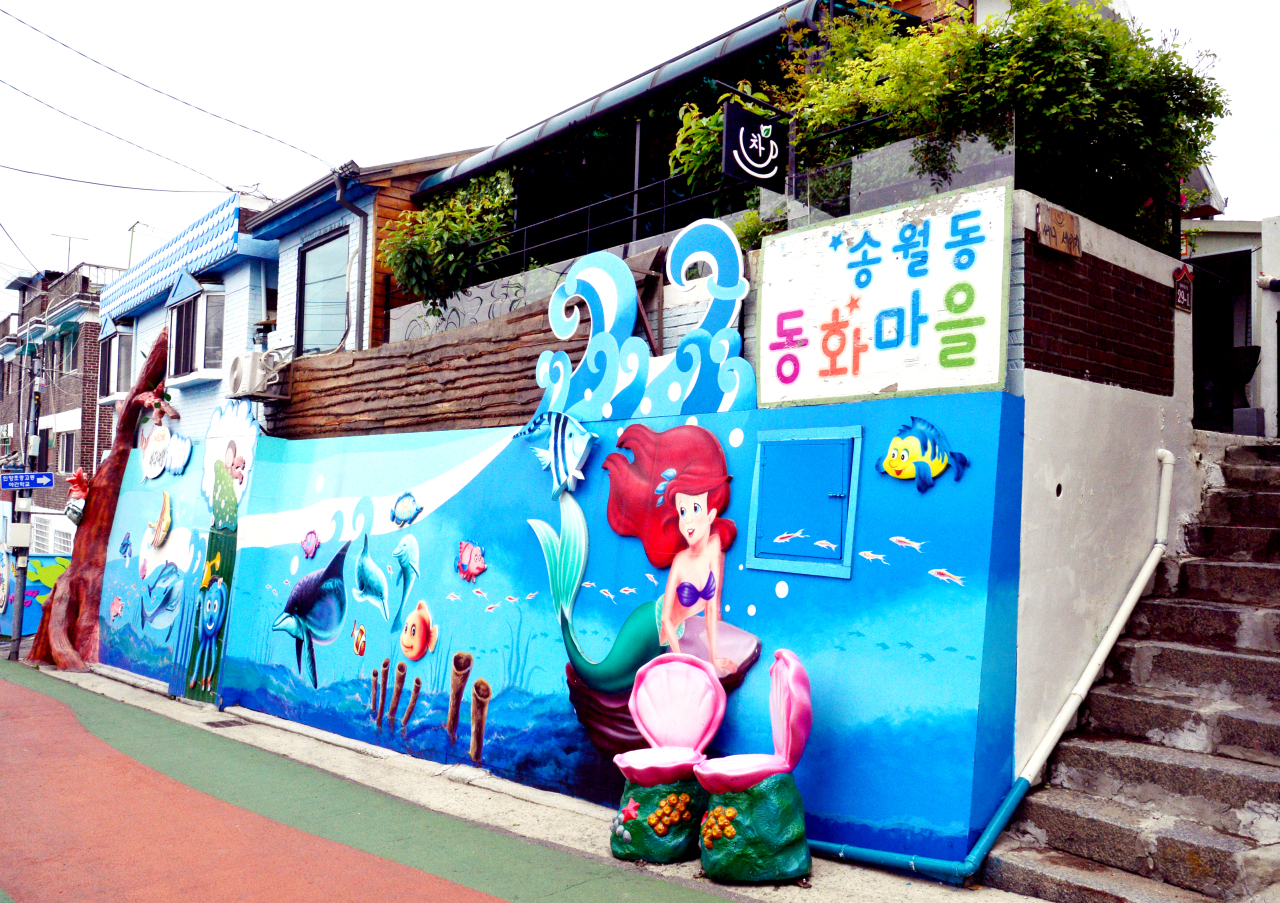 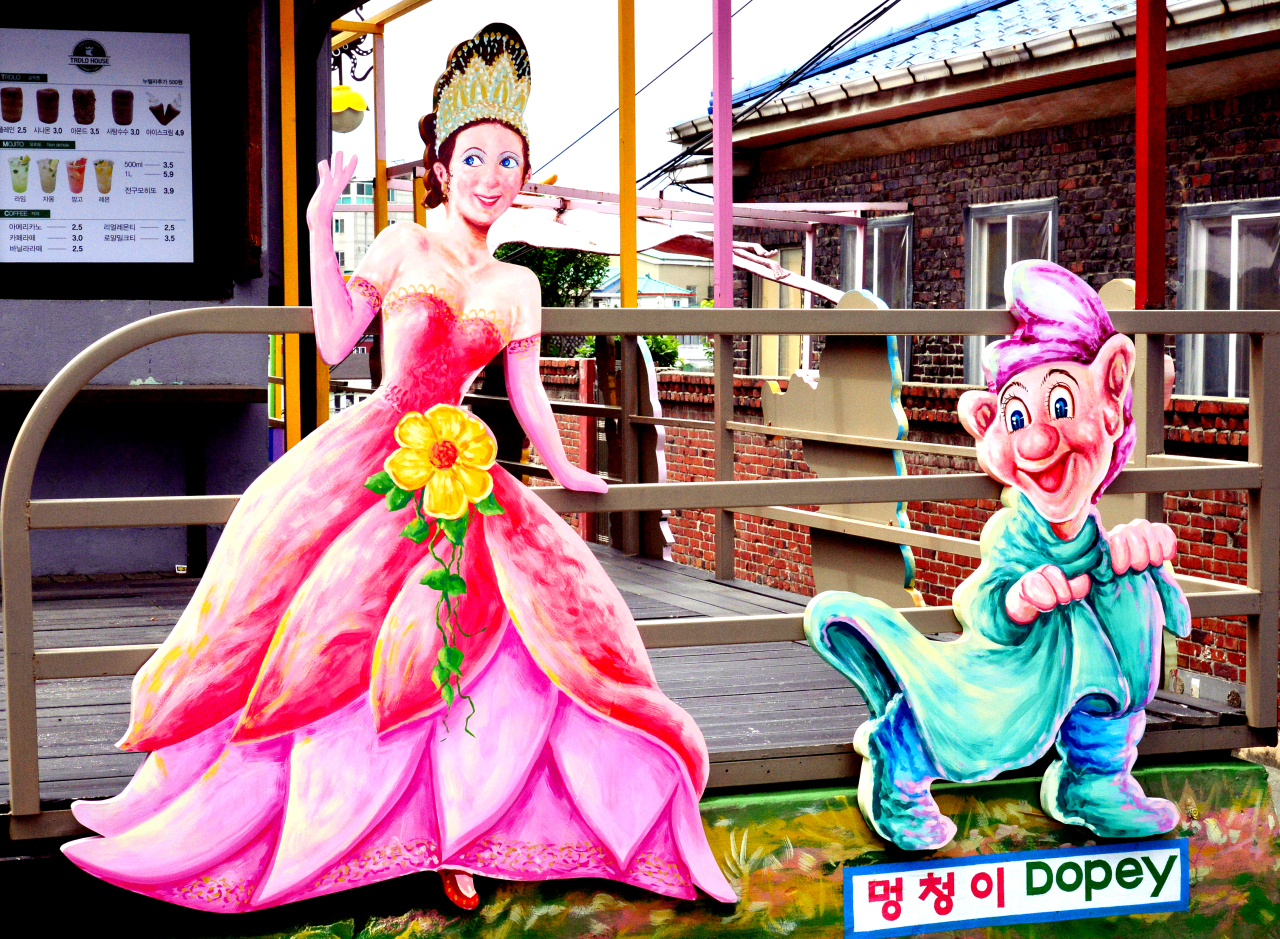 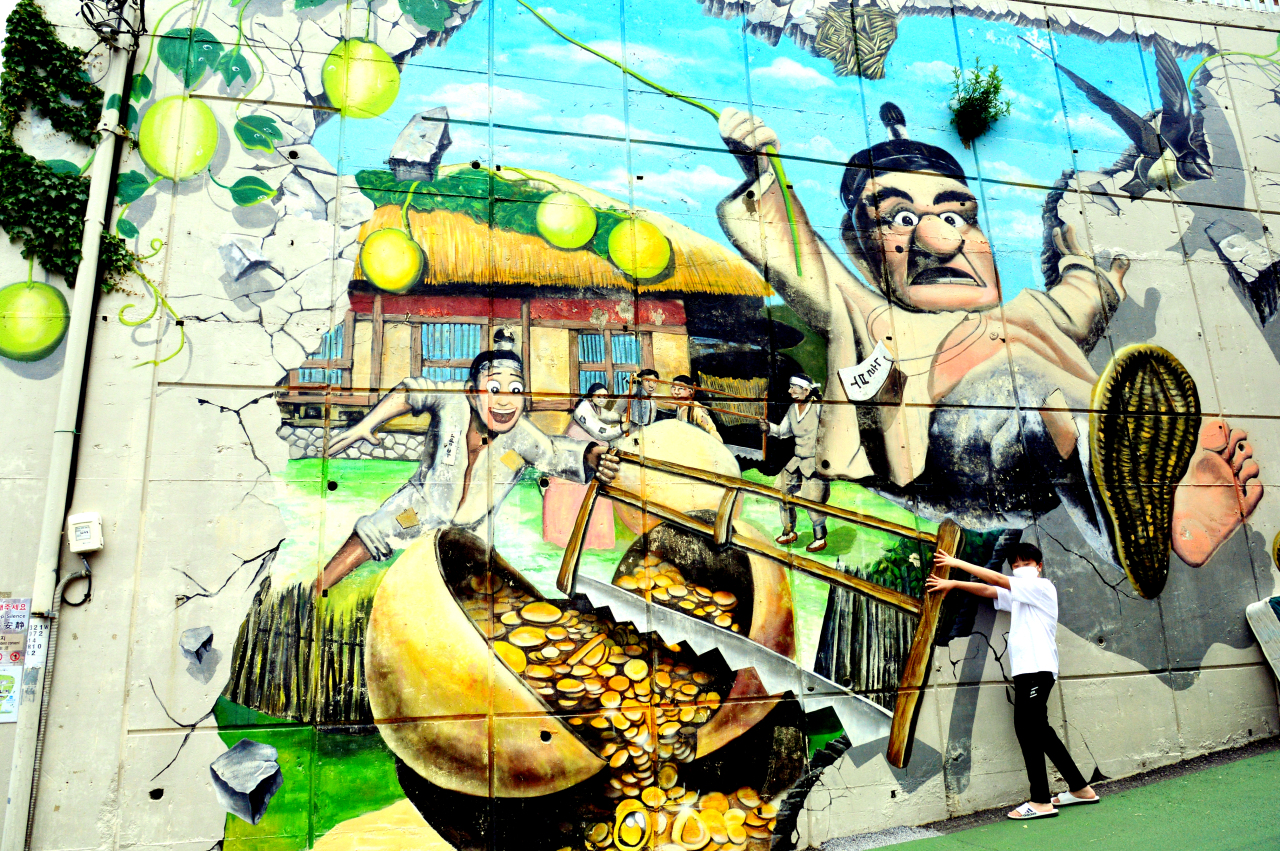 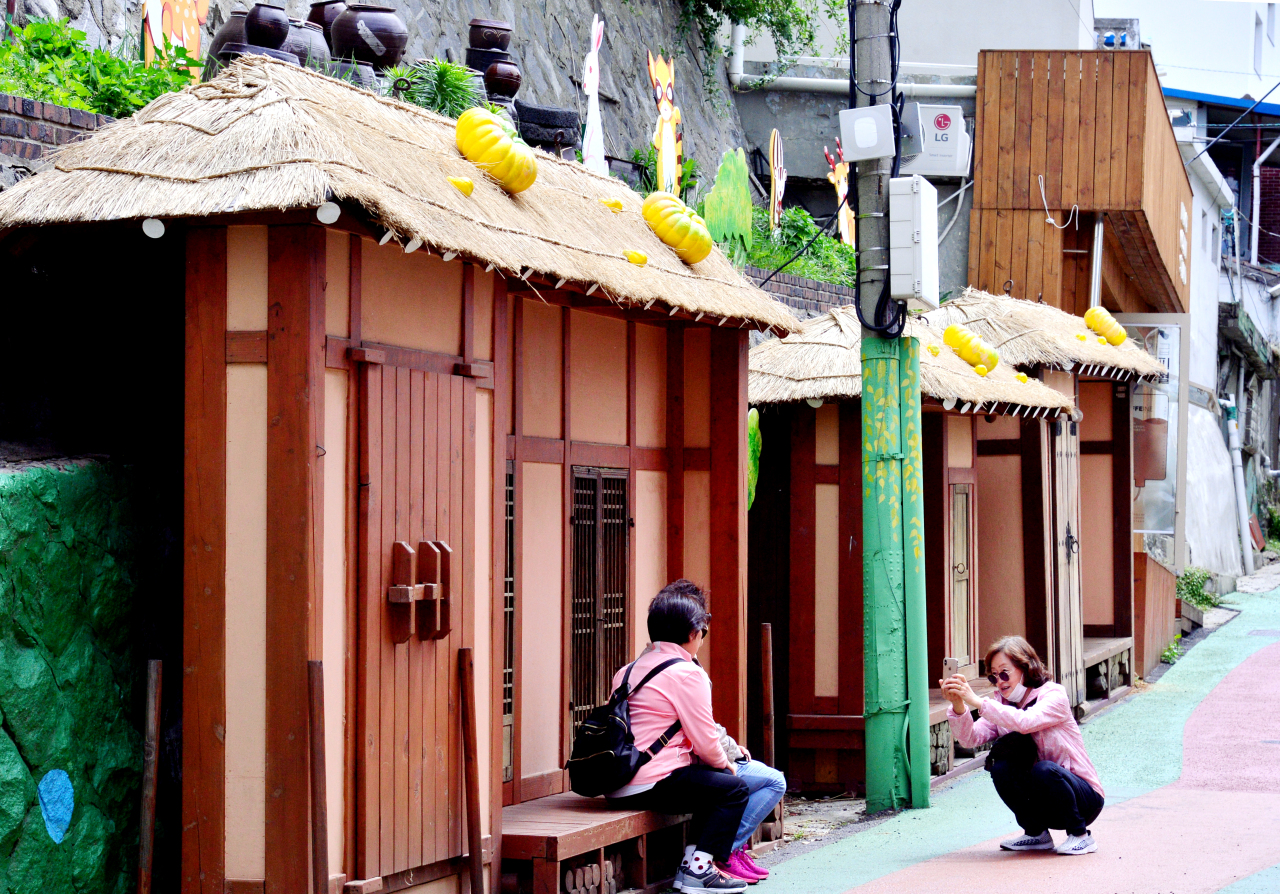 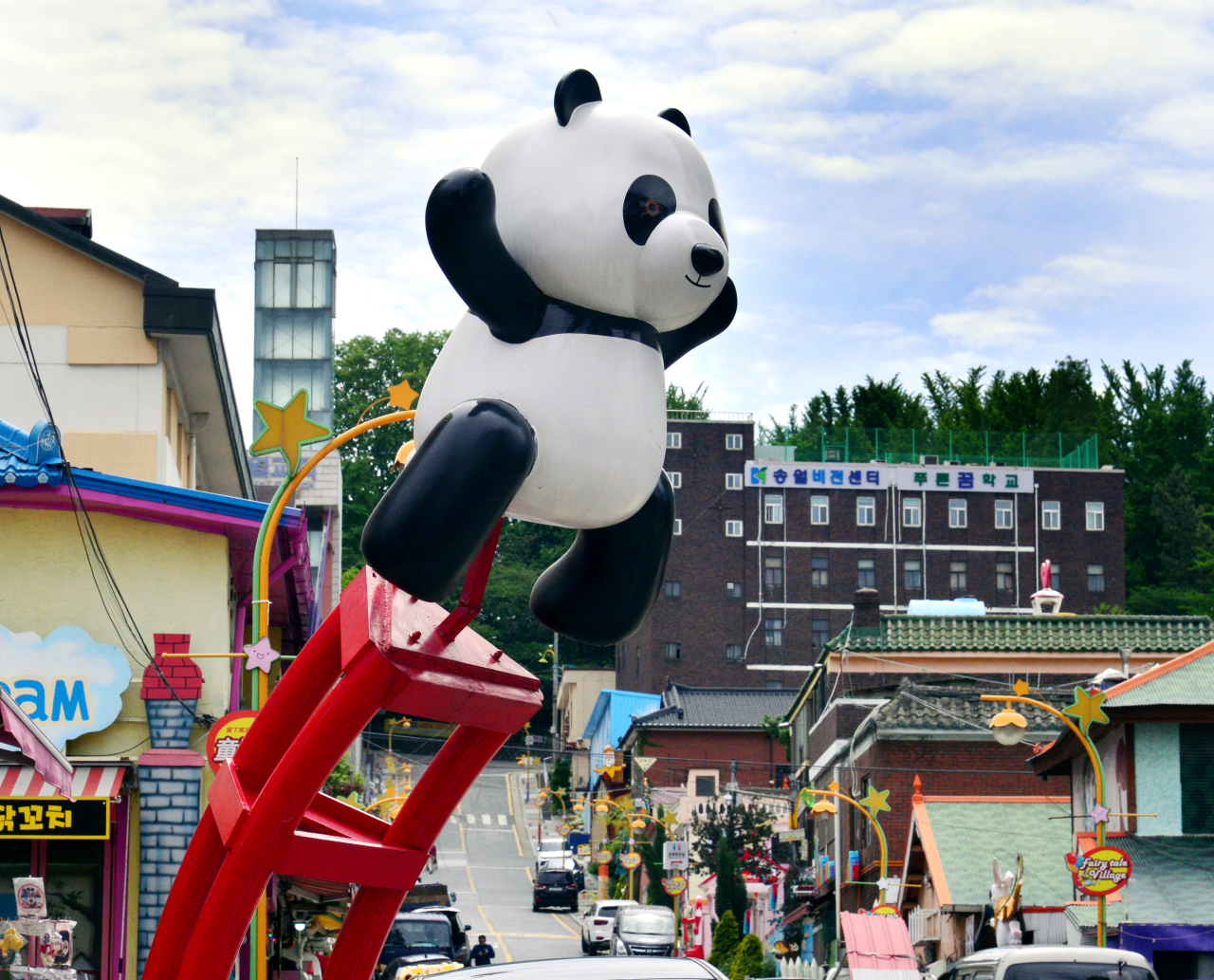 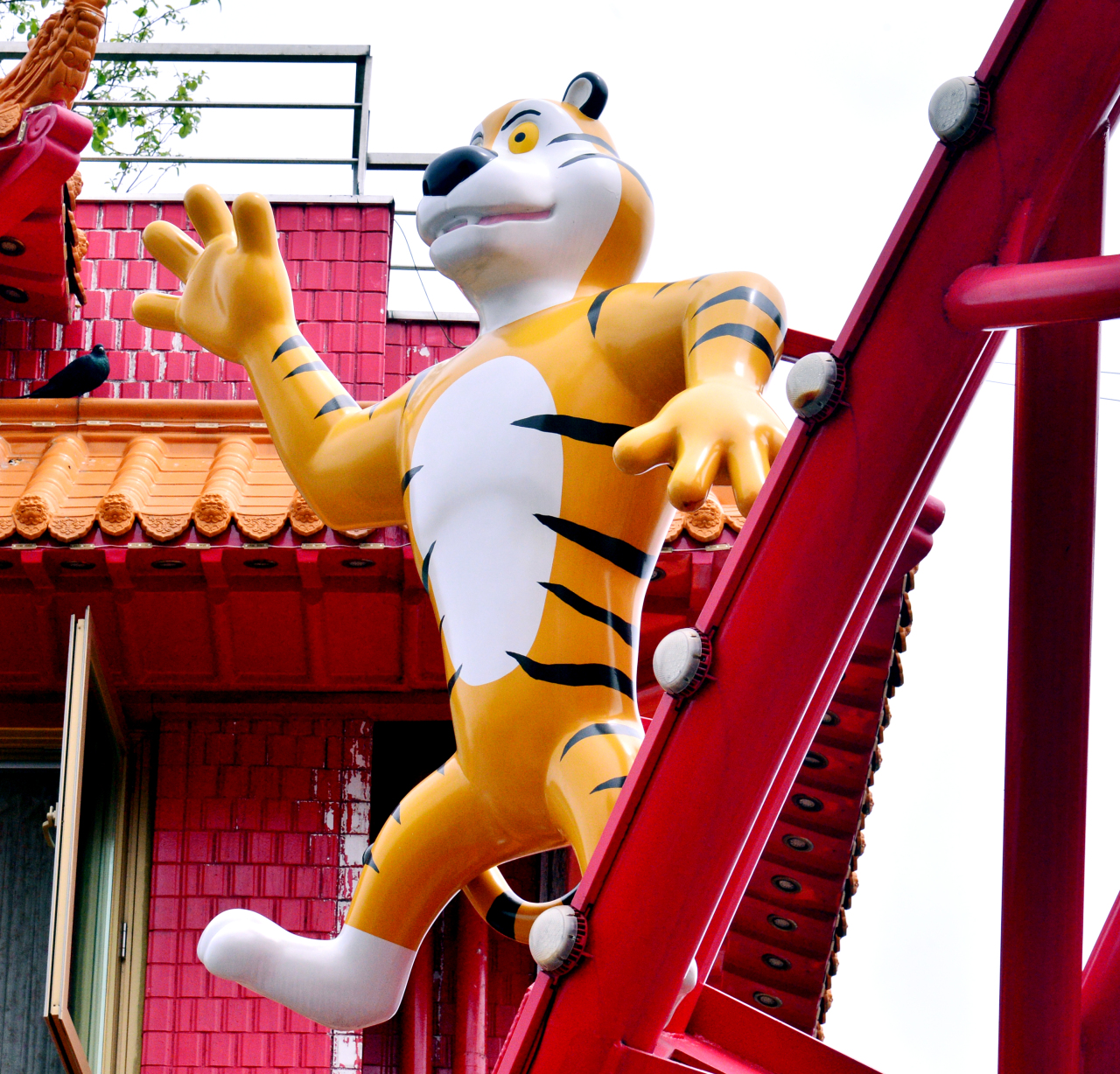