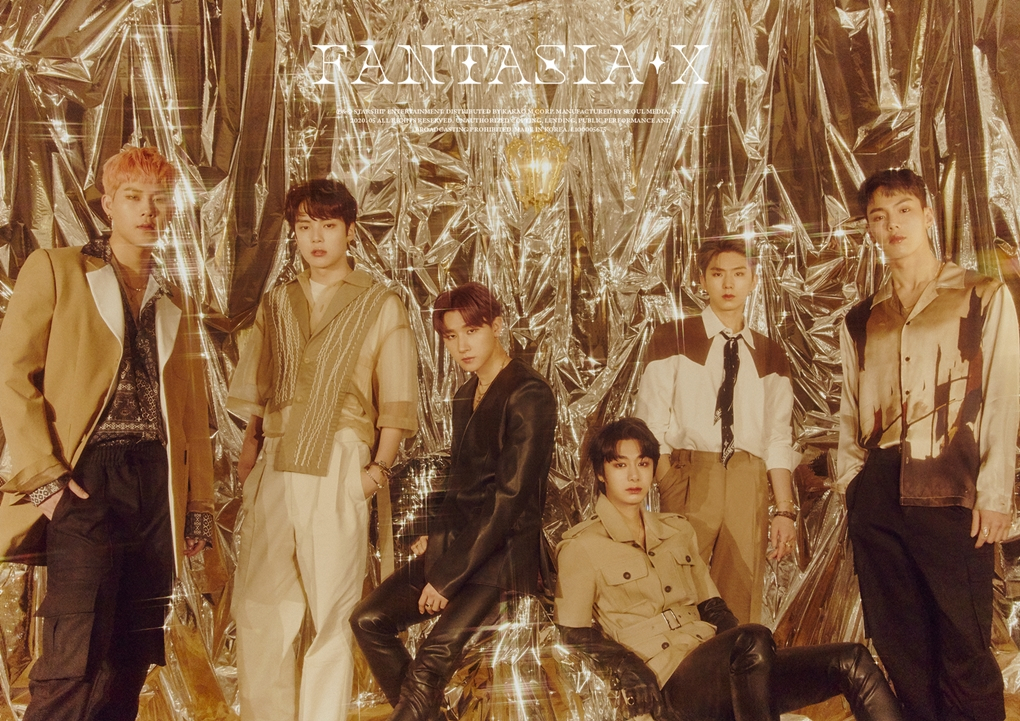 The record featuring seven tracks comes seven months after their seventh EP “Follow: Find You,” with all the bandmates taking part in its making.

Speaking to the press during a livestreamed press showcase, Kihyun said Fantasia is a “liberating” and “energetic” track that speaks to the signature Monsta X sound.

The album comes following a successful world tour and a US debut that saw the group chart at No. 5 on the Billboard Hot 200. And with “Fantasia X,” the group said they wanted to create a world of emotions and help people find their own value.

Jooheon explained the concept in detail as he touched upon his inspiration for “Flow,” the sub-title track he co-wrote and produced.

“I compared us (Monsta X) with swans (on the track). Swans are always looking glamorous on the surface, kind of like celebrities. But underwater, they are paddling furiously,” he said.

“Let’s stop paddling and just go with the flow in life’ is the message for fans.”

The message seems particularly personal coming from Jooheon who joined the group again for “Fantasia X” after taking a break back in January citing mental health concerns.

As an act that recently made its US debut, the group was also asked about what is defined as K-pop during Monday’s event.

“I think instead of giving a set-in-stone definition, I think what makes K-pop great is that it is ever so changing in line with the times and genres like a chameleon,” Mihyuk said.

Bandmate Shownu who is 27 years old was asked about plans for enlistment as men aged 28 and older can no longer delay the decision in Korea.

“No specific timing has been set as yet. With no decisions yet, I want to focus on fulfilling my role as Monsta X for now.”

When asked about the difference in sound between their Korean releases and the English album, I.M. said the group just wants to show versatility through their music.

“Monsta X’s music in Korean albums is powerful and energetic but the American album was softer and easier listening. What we want to say is that we are not limited to certain genres. Rather, we want to show our versatility and potential to pull off a wide range of styles,” he said.