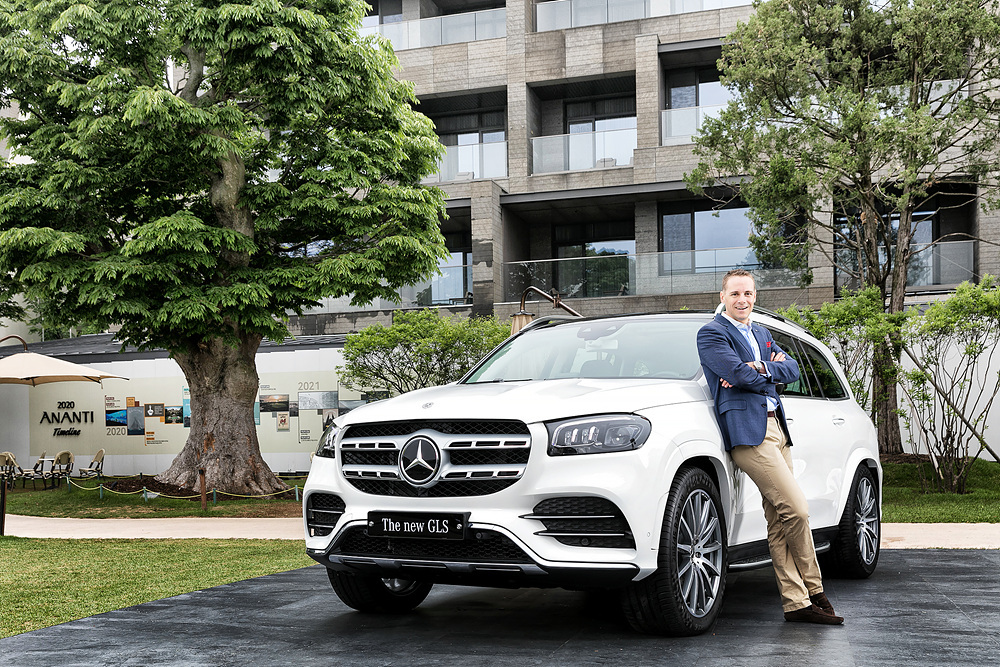 The seven-seater SUV was first introduced in Korea in October 2016.

“The new GLS will suit the active lifestyle of high-end customers, as it can be dubbed as the S-Class of SUV,” said Mark Raine, vice president of product and marketing at Mercedes-Benz Korea during the unveiling ceremony.

S-Class refers to the automaker’s top models of luxury sedans.

The interior of the vehicle has been designed under the German automaker’s design philosophy of “sensual purity.” Both three and two seats in the second and third row can be automatically folded, offering up to 2,400 liters of space when completely folded.

The legroom in the second row has become longer by 87 millimeters compared to the previous model, the automaker said.

The new Mercedes-Benz GLS comes in two models with different engines. The new GLS 580 4MATIC comes with V8 gasoline engine which offers up to 489 horsepower and 71.3 kilogram meters of torque.

The new GLS 400 d 4MATIC is equipped with V6 diesel engine, which offers maximum of 330 horsepower and 71.3 kilogram meters of torque.

Mercedes-Benz’ latest version of driving assistance package has been applied to the new GLS as default, which allows the vehicle to automatically control the space between the car in the front by optimizing the speed through a system called Active Distance Assistance Distronic.