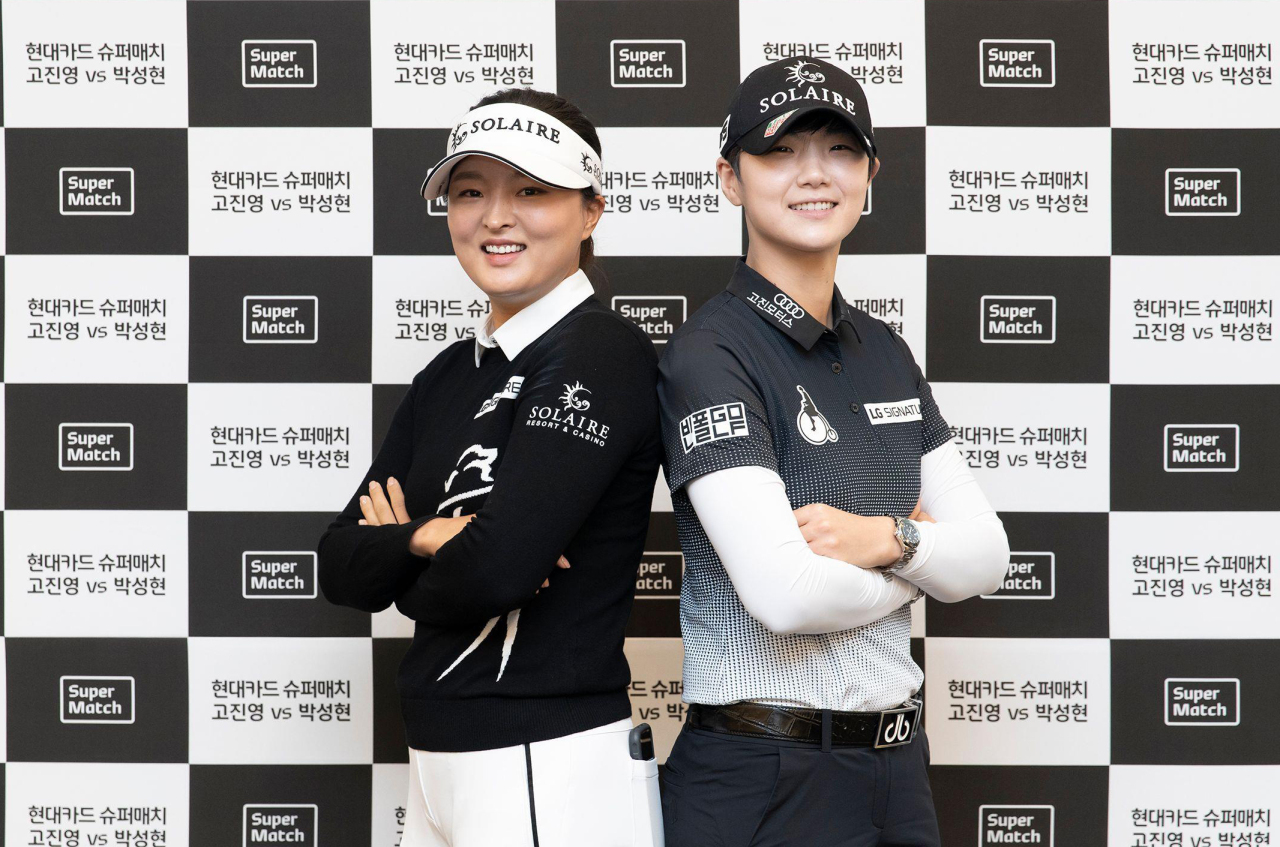 World No. 1 Ko and the third-ranked Park each claimed 50 million won ($40,300) in the skins game organized by Hyundai Card at Sky 72 Golf & Resort in Incheon, just west of Seoul. The winnings will be donated to charities of the players' choices.

Ko made a lengthy birdie putt at the 18th hole to win 10 million won at stake there and pull even with Park.

Before the match, the two players said the ideal scenario was for them to split the winnings evenly.

Park won the first hole to take the lead. The two halved the second hole, and then Ko beat Park over the next three holes.

After they were tied at the 16th, 16 million won was up for grabs at the par-three 17th. Ko decided to add an extra 10 million there. If Ko had won the 17th, she would have clinched the match. But it was Park who sank her birdie putt to take 26 million won and take a 50 million won-40 million won lead into the 18th hole.

Ko came through with a 16-foot birdie putt that ensured a 50-50 split.

"I think the match played out exactly the way we wanted," Park said in an interview afterward. "We talked before the match about how we should take the same amount of money, and it's pretty amazing that we got the result we wanted."

Ko said she was "lucky" to have made that final birdie for the split.

"I made some mistakes on the front nine," Ko said of her day. "Then when Sung-hyun started making some birdies on the back nine, it got my competitive juices flowing."

Ko and Park have combined for four LPGA major titles over the past three seasons. The LPGA Tour has been on hold since mid-February due to the coronavirus pandemic, and Ko, who had planned to make her season debut in March, has yet to play a competitive round in 2020.

Park had been in the same boat before making her 2020 debut last week at the Korea Ladies Professional Golf Association Championship. The rusty Park missed the cut.

Ko enjoyed an exceptional 2019 season, counting two majors among her four titles while also sweeping the Player of the Year, the money title, the Vare Trophy as the scoring leader, and the Annika Major Award, given to the player with the best performance across five LPGA major tournaments. Ko won the Rookie of the Year in 2018.

Due to lingering COVID-19 concerns, the skins match was played without fans. (Yonhap)