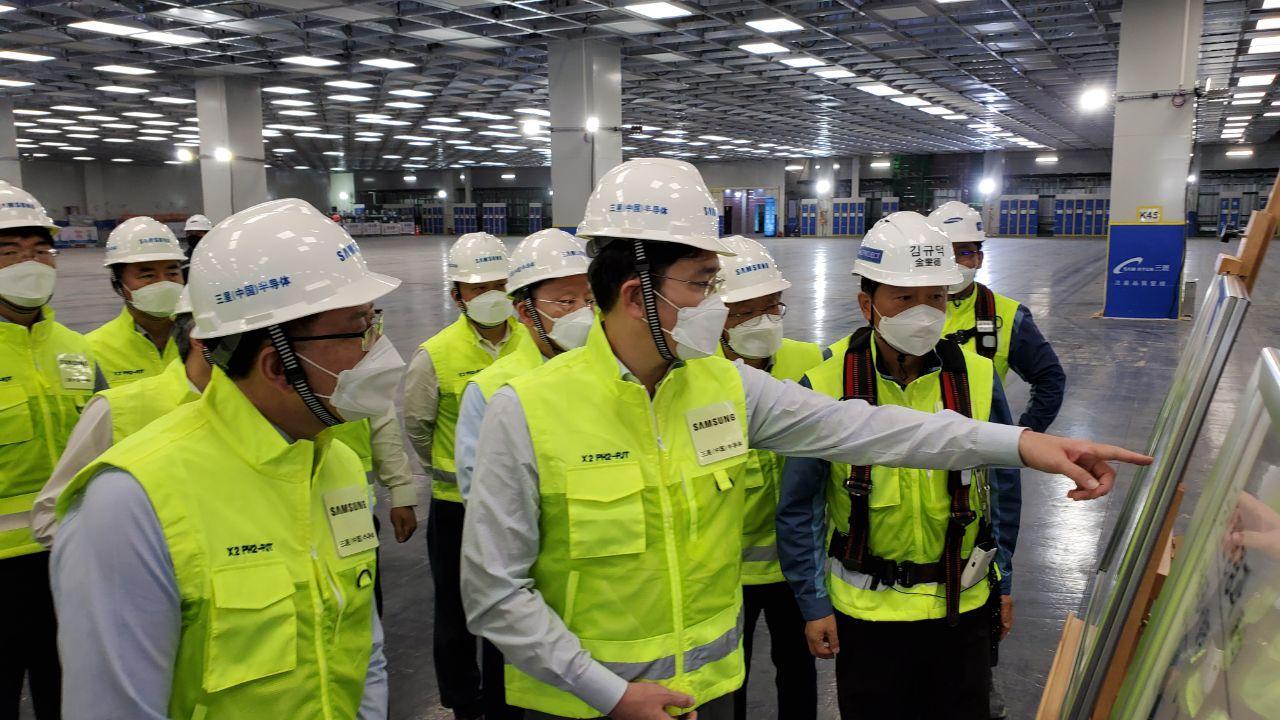 Samsung Electronics has sent around 300 semiconductor engineers to Xian, China, to accelerate the work to expand the second NAND flash line there, the company said Friday.

The workforce departed from Incheon International Airport Friday morning through the fast-track corridor allowed for businesses under an agreement between the South Korean and Chinese governments.

Samsung has sent the engineers just five days after its de facto leader Lee Jae-yong visited the plant in addition to some 200 engineers dispatched to the Xian line last month for the ramp-up.

The Xian NAND line is the only memory fab operated by Samsung overseas.

About $15 billion worth of investments are underway there.

The ongoing expansion is part of the second phase of investment in the second fab. The new line is expected to start mass production in the first half of next year.

The Korean engineers will be supporting establishments of new lines in the second fab, including installation of equipment.