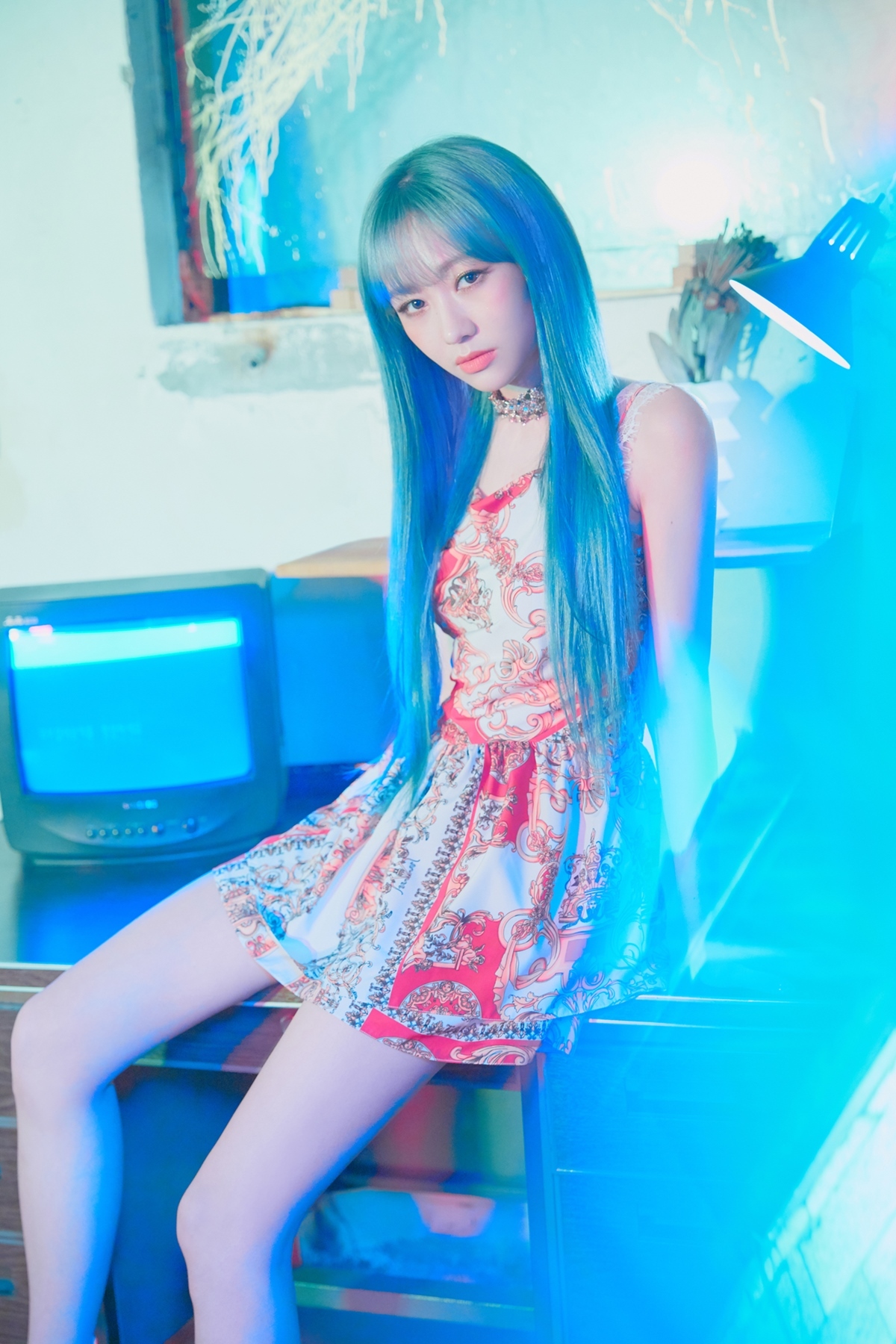 “Tiger Eyes” (Woollim Entertainment)
Sujeong of girl group Lovelyz returned to the music scene but on her own. It is the first time she is going solo since debuting in 2014 as the lead vocalist of the eight-piece band.

Her first solo EP “Tiger Eyes” released Wednesday is packed with seven songs of various genres, from the pop-based EDM title, also called “Tiger Eyes,” to an R&B “Call Back” and acoustics “Your Name” and “zz.”

“My voice is husky but isn’t low either. It is quite high-pitched and allows me to sing cute, girly songs as a Lovelyz member,” said the singer who recently dyed her hair blue, which is often regarded as the opposite of pink, a color that the group embodies.

“But I can also sing more mature, pop-like songs such as ‘Tiger Eyes’ and old songs of Lee Moon-sae or Kim Kwang-seok using the husky aspect of my voice. For my album, I focused on showing my voice and what it’s capable of instead of sticking to one theme.”

Her title track alone is difficult to pin down with a single adjective. One would assume it to be a fierce dance bop due to the name as well as the accompanying music video heavily focused on choreography, but the lyrics are sung almost in a whisper at the beginning. And while the tiger represents a subject of desire, falling into its charm is compared to slow, languid movements a predator makes.

The album also features a cozy-lullaby song with piano, guitar and deep contrabass sounds that she wrote and composed, “zz.” It is her first self-composed track that she released in the world, though she had finished making it four years ago.

“I was in the practice room when our group wasn’t releasing new music, looking for something to do instead of just practicing. That’s how this song was made,” she said. “But it felt like too much of my story, and for Lovelyz’s album, I wanted to make music that all of us can do and relate to. That is why it’s seeing the light now.”

Sujeong joins a stream of female artists who usually perform in a group but recently released solo albums including Solar and Moonbyul of Mamamoo. They also engaged in friendly competition at Mnet’s idol competition show “Queendom” last year.

“It is great to see everyone doing well from the program. While I don’t compare myself to them in terms of rankings, I always root for them. The program created great synergy amongst the groups,” she said.

“There are many incredibly talented artists these days and while it is great to perform as a team, a lot of them have more to offer. I hope other Lovelyz members also get to demonstrate their individual strengths.”

Member Kei who released her solo album last year gave Sujeong plenty of advice so that she could think ahead and prepare her adventure as a solo musician. “Watching from the sidelines, I thought Kei was doing very well and confident, but she confessed that she felt very lonely when waiting behind the stage.”

Though Sujeong said she doesn’t take risks often and has many fears, she was determined to release her music because it is her true passion. She wants to keep producing music and singing as long as she can, until her body and voice allows her.

“Through this album, I hope people see a new side of my voice and feel excited about what other tracks I will bring. Rather than being limited to one theme, my goal is to make my voice a genre of its own.”