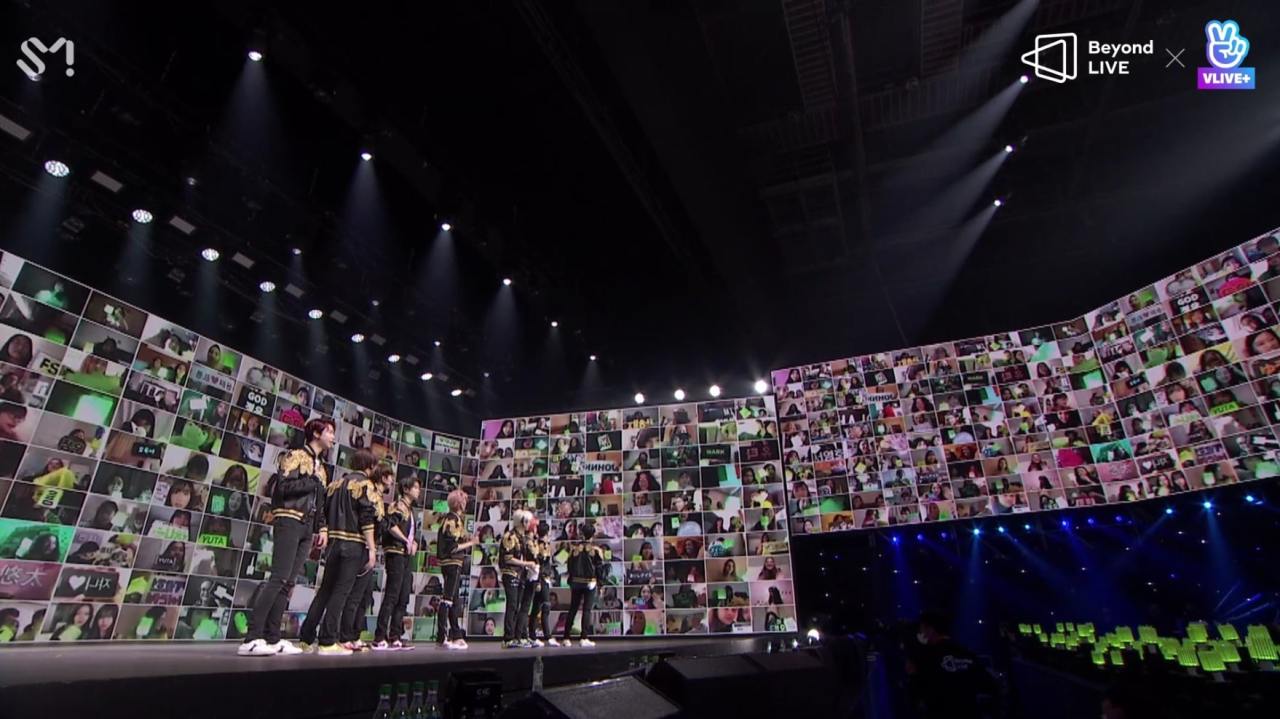 In keeping with the band’s full name, Neo Culture Technology, the group also introduced a new technological feature called “Multi-cam.” While the main camera showed the group’s performance, additional cameras were installed and provided a close-up shots of each member. It gives the viewers more energy, as they can click each members’ cameras and see their performance closer in detail rather than relying on the camera director to hone in on their favorite member.

The AR visual effects were impressive, too. The stage for “Punch” created an illusion of members dancing in an elevated boxing ring, while the walls displayed a continuous highway through a vast desert during the “Highway to Heaven” performance. For the finale, the group brought out the big guns as a huge dragon swirled above them and shot up into the sky as they performed their latest hit, “Kick It.”

Throughout the concert of about two hours, the band performed a total of 13 songs with “Cherry Bomb” as an opening act. Between the songs, members shared their thoughts about their first online concert and read fans’ comments on Naver’s V Live. Member Johnny also gave his first performance as a DJ while members Mark, Yuta and Taeyong engaged in a dance battle. 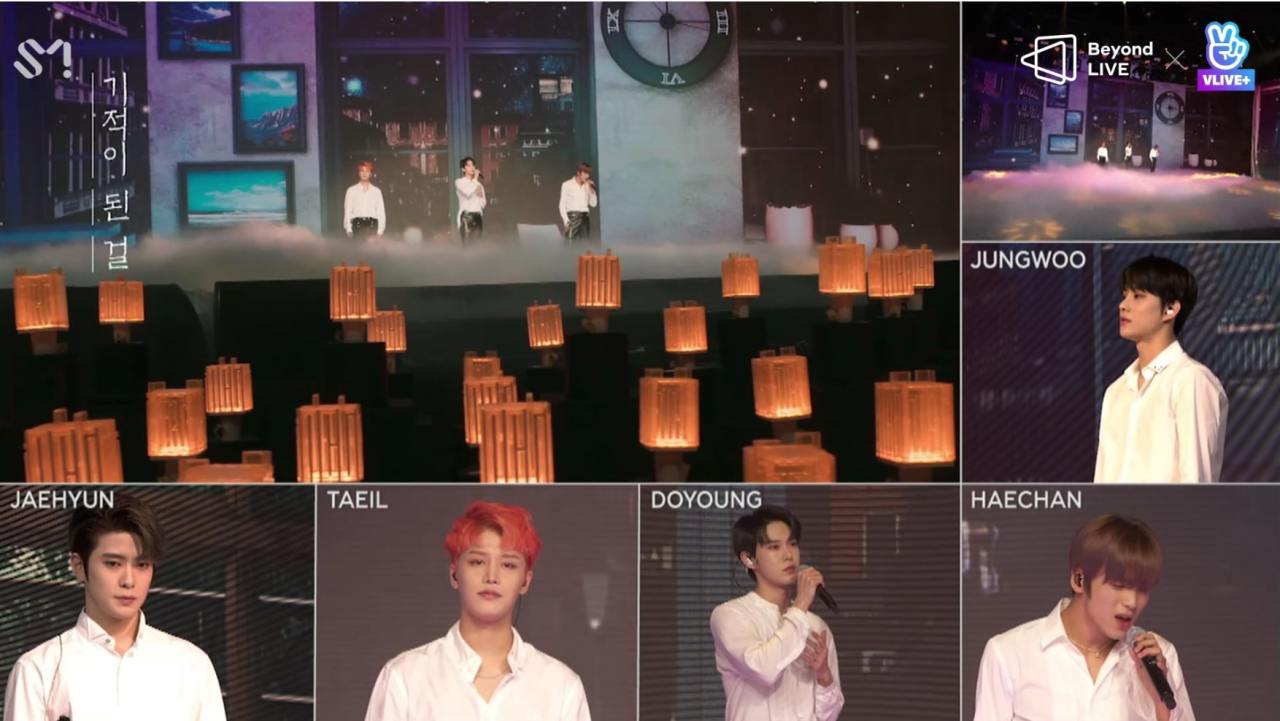 Multi-cam effect (Screenshot captured from V Live)
What was most remarkable was the active interaction between the artists and fans. At the beginning of the concert, the band noticed fans’ comments that they couldn’t hear the boys well and asked the staff to adjust the volume of their mics. Their voices immediately became much clearer and louder. There was also an interactive Q&A session where three fans from South Korea, the US and Japan asked questions of the band who in return asked their thoughts on “Punch” and the overall concert.

Throughout the whole concert, the band constantly shared their amazement with technology just as their fans did, and asked Seasonies (an affectionate name for NCT fans) to make loving hand gestures or shout for them. By the end, members expressed gratitude of being able to meet their fans from all around the world whereas they were only able to meet fans from certain countries or cities during their tours before.

Certainly, a significant advantage of Beyond Live for artists seems to be the ability to receive instant feedback from their fans. In an arena, musicians can hear a roar or an applause, but they can’t know what the fans are individually thinking. The screen on the Beyond Live stage, however, streams live comments and allows the members to get authentic, detailed reactions of their fans, bringing them altogether even closer.

But some moments unfortunately broke the illusion. Closing to the end, the members announced a hashtag event by cosmetics brand Nature Republic and asked fans to take a screenshot of their stage. When fans’ comments on how V Live doesn’t allow screenshots in the app rolled in, NCT 127 exercised their wit by quickly moving on, but it was still a cringe-worthy moment.

“I can’t believe I stayed up until 4 a.m. to watch a Nature Republic ad,” tweeted K-pop correspondent Tamar Herman.

And at times, the members seemed forced to read from a script to advertise the benefits of the virtual concert series by their label SM Entertainment. When Yunho of TVXQ appeared as a guest on screen, he asked them a thread of rather educational questions about Beyond Live that made the concert feel like a press conference for a couple of minutes. Fans still responded fondly and called Yunho a “professor.”