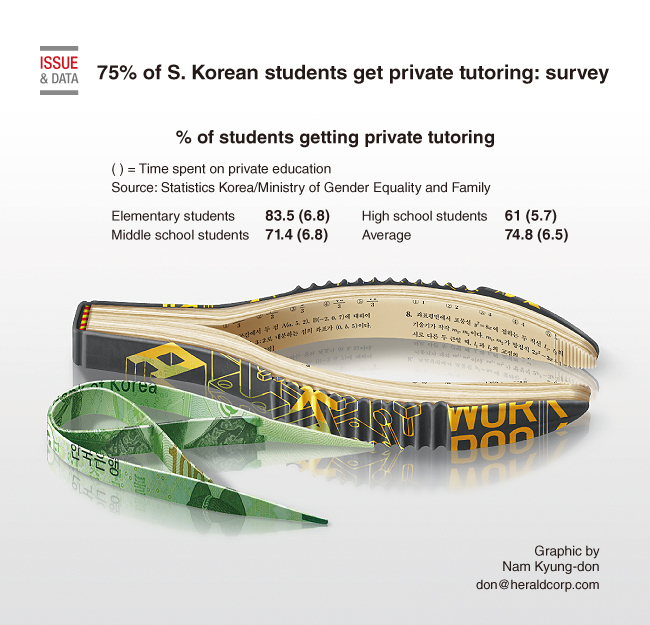 Three-quarters of South Korean students received private tutoring in 2019, for which they spent 6 1/2 hours a week on average, a new survey showed.

The annual survey conducted by the national Statistics Korea and Ministry of Gender Equality and Family on the country’s youth population aged 9-24, found that 74.8 percent of those surveyed got private education outside public school. In 2016, the figure was 67.8 percent. The survey included elementary school students (fourth-sixth graders), middle and high school students.