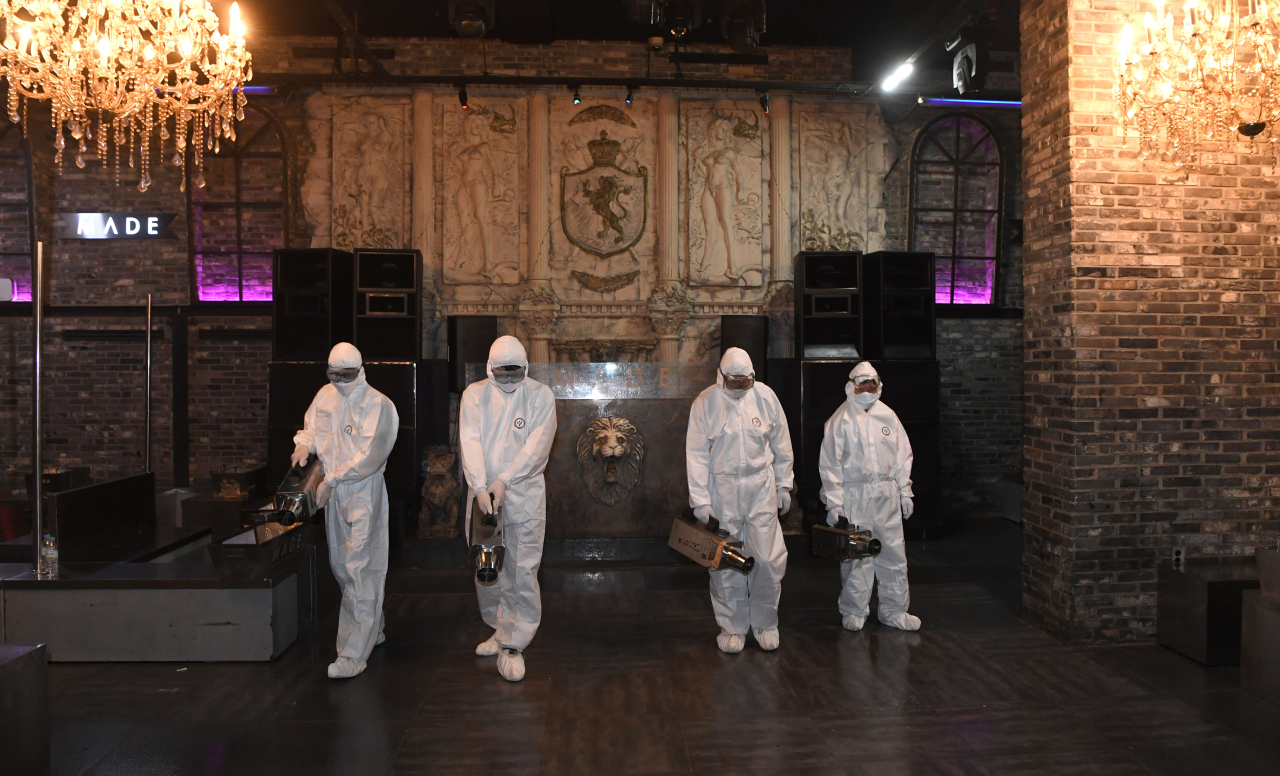 [1] The reopening of schools, which was scheduled for Wednesday for high school seniors, has been postponed in South Korea amid the specter of another wave of COVID-19 infections.

[2] One-week delays in school resumption schedules, in stages spanning from this week through June 1, were announced Monday afternoon after 90 coronavirus cases were identified in a new cluster of infections that occurred in Seoul’s popular party district of Itaewon.

[3] Health authorities expect the caseload to rise further, as thousands who may have been exposed to the pathogen there were out of reach.

[4] As of 5 p.m. Monday, the number of new infections traced to night entertainment facilities in Itaewon had increased by 14 in 12 hours to 86, according to the Korea Centers for Disease Control and Prevention.

[5] The first known patient in the Itaewon cluster was a 29-year-old man who visited five establishments in Itaewon on May 2, 3 and 5. They are King Club, Trunk Club, Club Queen, Soho and H.I.M.

[1] A social trend spreading across the world amid the new coronavirus pandemic crisis, the dalgona fever has now made its way to local department stores.

[2] The operator of Lotte Department Store, Lotte Shopping, on Wednesday said it has launched Cafe Cha, a cafe brand famous for its dalgona-inspired dessert products, at its flagship store in central Seoul, on April 29.

[3] Dalgona refers to the Korean street food made from brown sugar and baking soda.

[4] Starting with the “dalgona coffee challenge” -- which involves whipping up coffee powder, sugar and water until they turn into a soft froth tasting similar to the Korean snack -- the dalgona craze has not only swept the nation amid the period of social distancing, but has stretched beyond the country as more foreigners joined in on the challenge with the prolonged virus pandemic.