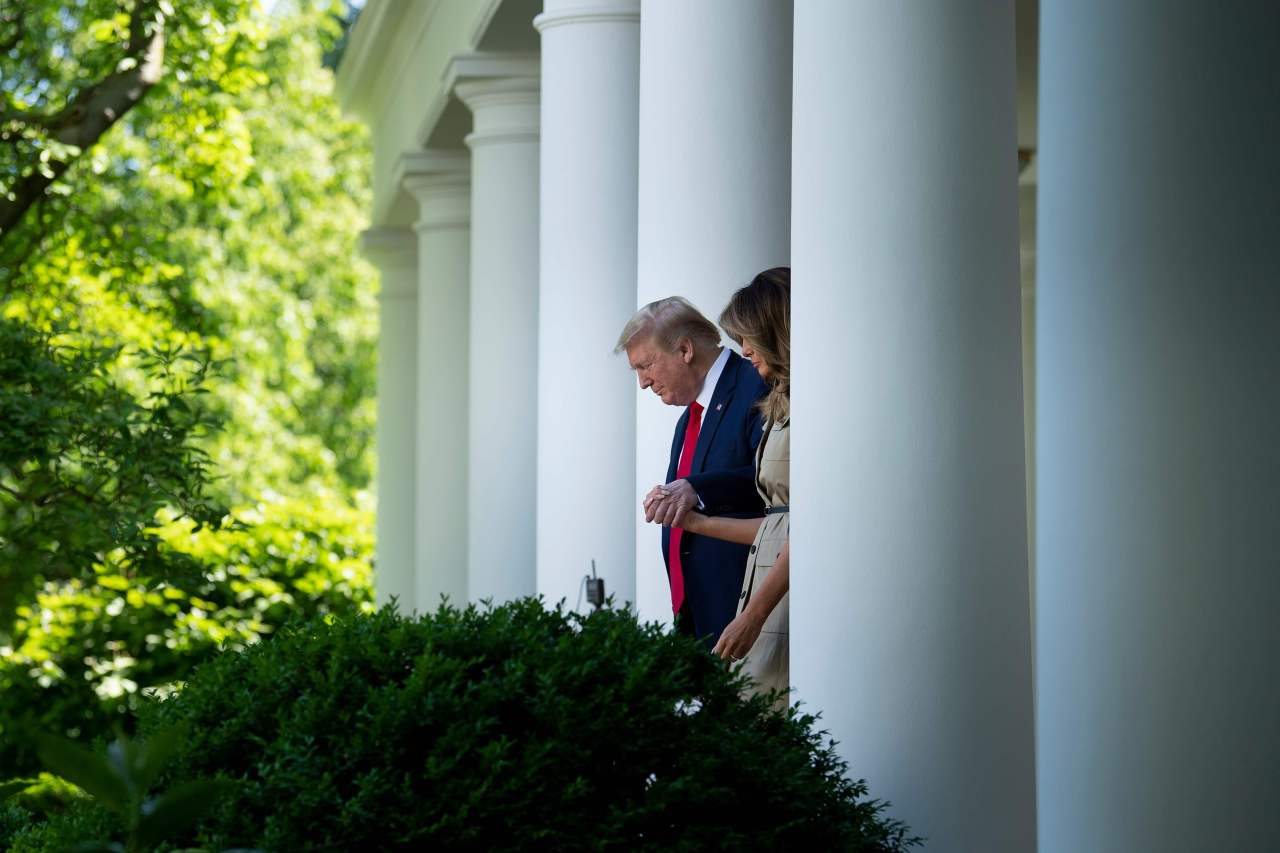 (AFP-Yonhap)
WASHINGTON (AFP) -- Two top US economic advisers on Sunday defended the need for an expeditious reopening of the economy even as the coronavirus reached into the White House despite the extraordinary precautions taken there.

The comments by Treasury Secretary Steven Mnuchin and economic adviser Larry Kudlow  came just two days after the country recorded its steepest job losses in history, with 20.5 million jobs lost in April, and as virus cases continued rising in some states with far more deaths projected.

They also came after confirmation that Vice President Mike Pence's spokeswoman and a White House valet to President Donald Trump had tested positive for the virus, and as three members of the White House coronavirus task force -- including top expert Anthony Fauci -- reportedly self-quarantined after potential exposure.

Kudlow was asked on ABC's "This Week" how US businesses could reopen with confidence when the White House -- where virus protections are far more rigorous than what is available to most Americans -- had proven vulnerable.

Those cases, Kudlow said, represented a "small fraction" of the 500 or so staff members working in the White House complex. "I don't know the specific numbers," he added, "but we have had relatively very few."

The president, vice president and many others at the White House are tested daily. But Trump and Pence often defy the medical experts' guidance about wearing protective masks.

Across the broader economy, Kudlow said governmental guidelines coupled with private-sector innovation should allow relatively safe reopening, though he warned of jobless rates that might exceed 20 percent this month or next.

But he placed the ultimate onus for safety not on government but on individual businesses, saying they "are probably going to wind up leading this charge."

Most US states have begun at least tentatively reopening for business, but that inevitably will mean more travel and higher risks.

The Institute for Health Metrics and Evaluations, whose virus projections have been closely watched, this week raised its US death forecast -- to 137,000 deaths by August 4 -- based largely on "explosive increases in mobility in a number of states," said director Christopher Murray.

That number, far above the current total of more than 79,000 deaths, reflects both looser restrictions and "quarantine fatigue," he said on CBS, and it came despite positive trends in the hard-hit states of New York, New Jersey and Michigan.

In states that have loosened their restrictions recently, Murray predicted "a jump in cases" in about 10 days time.

But both Kudlow and Mnuchin stressed that undue delay in reopening would also carry a cost.

"I think there's a considerable risk of NOT reopening," the Treasury secretary said on Fox. "You're talking about what would be permanent economic damage to the American public." 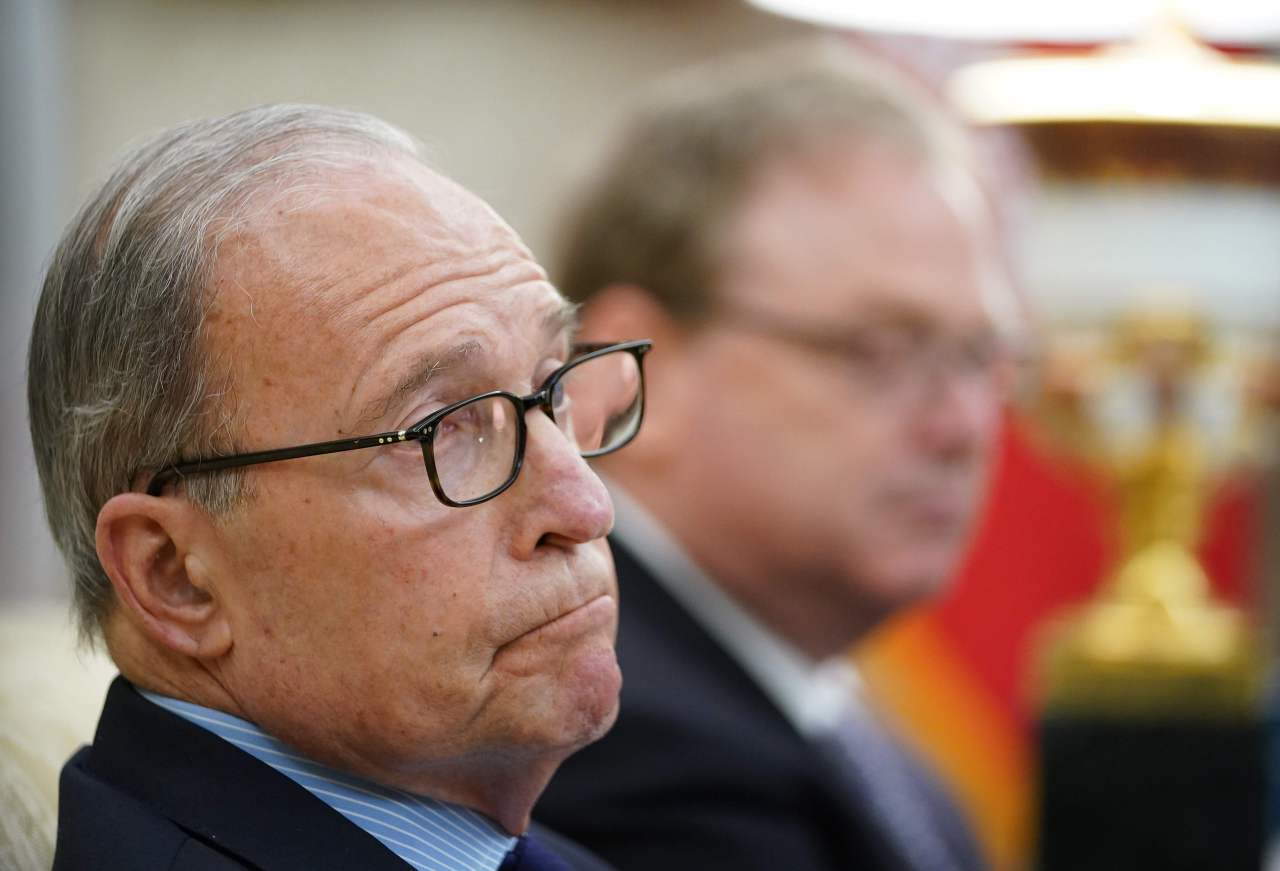 Kudlow, pushing back on reports of growing partisan tensions in Washington over another tranche of emergency relief, said informal talks with Democrats were under way, but he and Mnuchin emphasized the need to move ahead with deliberation.

"We just want to make sure that before we jump back in and spend another few trillion of taxpayers' money, that we do it carefully," Mnuchin said.

Still, both Mnuchin and Kudlow again expressed optimism that the US economy would register a sharp recovery in the second half of the year, with Kudlow predicting "a tremendous snapback" in 2021.

Trump reiterated this week his belief that the virus would simply "go away," even without a vaccine.

Asked about that on Sunday, Tom Inglesby, director of the Center for Health and Security at Johns Hopkins University in Maryland, dissented.

"No, this virus isn't going to go away," he said on Fox, adding that it would remain as a "background problem" both in the US and around the world until a vaccine is developed. (AFP)