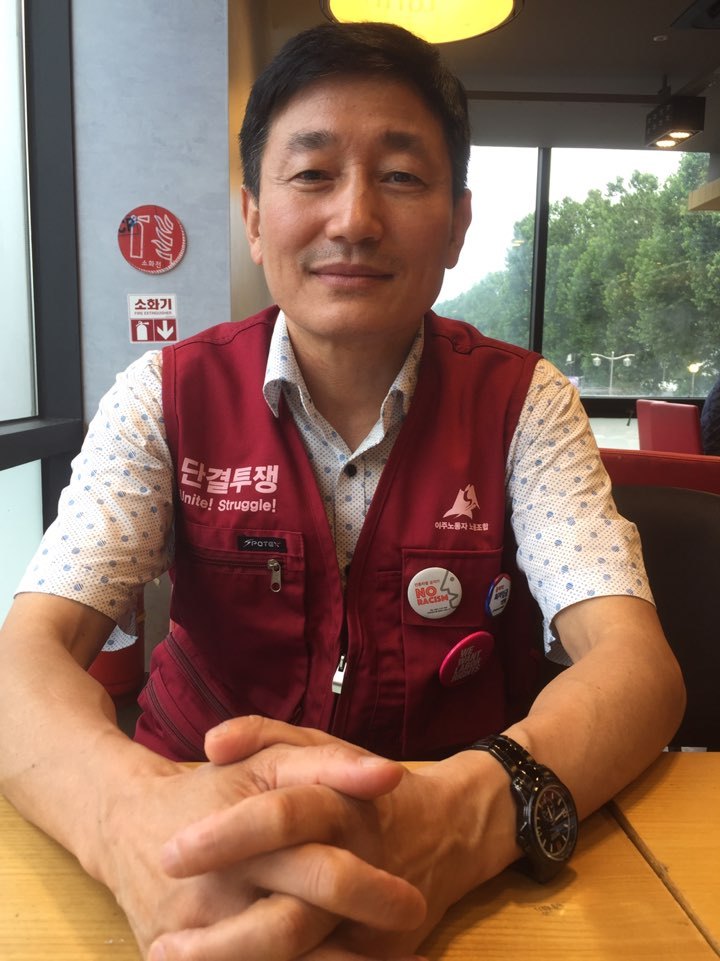 Udaya Rai (Udaya Rai)
The majority of foreigners living in South Korea are excluded from the government’s efforts to protect people from COVID-19, but they are no less susceptible to the potentially deadly virus, Udaya Rai, head of the Migrants Trade Union, told The Korea Herald in an interview.

From mask rationing to coronavirus relief cash handouts, migrants are largely left out of consideration, he said.

“We are just angry to be discriminated against at such a critical moment,” said Rai, a Nepalese who has been in Korea for 20 years and leads Korea’s first labor union for foreign workers.

“We live in the same society and anybody can get the illness. We are working in difficult situations. We are paying taxes and contributing to local economy,” he said. “We should not be discriminated against in the cash relief.”

Starting from Monday, Korea will begin doling out coronavirus relief funds of up to 1 million won to households.

As for foreign nationals, those who are married to Korean citizens or hold permanent residency visas are eligible for that money, which leaves out some 1.4 million foreigners residing in Korea on other visas.

They are mostly excluded from local governments’ subsidy plans as well.

Gyeonggi Province, which encompasses 31 cities and counties, provides 100,000 won ($82) to every resident, including foreigners. But only those married to Koreans and permanent residents can receive the money.

Only the Ansan City and Bucheon City governments offer cash relief to all registered foreigners. In Bucheon, migrants without legal immigration status can also receive the fund, if the city recognizes them as in need. In Goyang, only foreigners subscribed to the country’s national health insurance are eligible for the money.

Migrant workers in the country, who largely fill jobs shunned by locals because of poor working conditions in the manufacturing, agricultural and fishing sectors, were the first to be hit economically by the COVID-19 crisis.

“Many migrant workers lost their jobs and are being forced to take unpaid leave,” he said. “We would buy necessities, pay monthly rent with the money.”

Foreign workers are required to pay income taxes, local taxes and other taxes. Their contribution to the local economy was estimated at 86.7 trillion won in 2018, according to a report from the Migration Research & Training Center.

Rai also questioned the government’s argument that only foreigners married to Koreans and permanent residents should receive the relief funds because only they have strong ties to the country.

The COVID-19 crisis laid bare the discrimination faced by foreigners in Korean society, he pointed out.

“After all these years, I don’t see much change in Koreans’ perception of migrants,” he said, mentioning Koreans’ attitude to Chinese people in the initial stage of the pandemic. “But Korea cannot win the COVID-19 crisis only by taking care of their own citizens.”

Rai has headed the Migrants Trade Union since 2014. The trade union, established in 2005, was legalized in 2015 after an eight-year court battle against the government’s decision not to allow it.