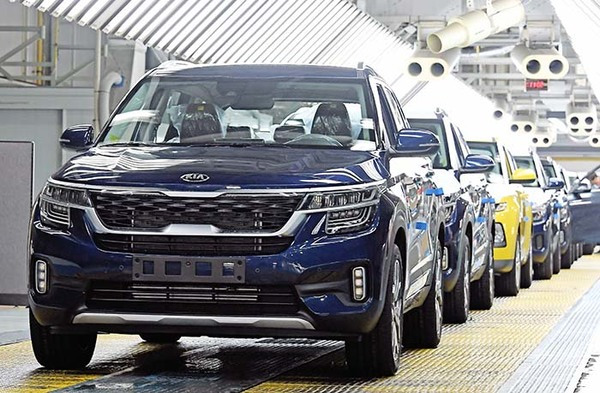 (Kia Motors)
Kia Motors said Friday that its net profit in the first quarter this year has halved, while further losses are expected in the second quarter over the economic impact of COVID-19 pandemic.

The automaker’s disclosure showed that its sales from January to March came at 14.5 trillion won ($11 billion), up by 17.1 percent on-year. Its operating profit fell 25.2 percent to 444.5 billion won, while net profit plummeted by 59 percent to 266 billion won.

The huge profit drop can be attributed to some 430 billion won spent for allowance based on the agreement with the labor union for wage.

But it said that the sales increased due to the favorable won-dollar exchange rate and increased sales of sport utility models like Telluride and Seltos in the American and Indian markets.

“But as our production facilities in major markets have begun to shut down late March, we expect severe business downturn in the second quarter,” said a Kia Motor official.