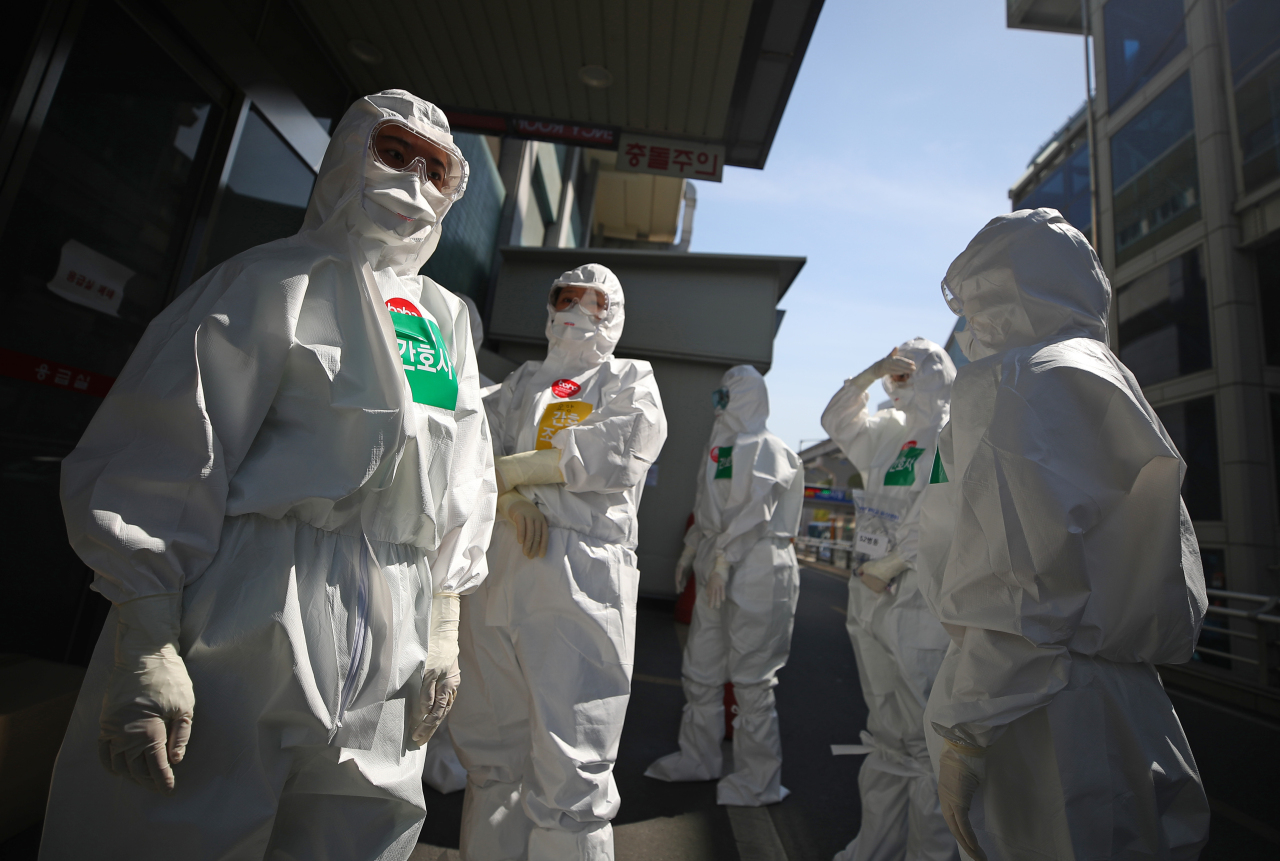 (Yonhap)
South Korea reported 27 new patients for the 24 hours of the previous day, on the day of its general elections Wednesday, recording a seventh consecutive day of infection numbers falling below 40.

Korea is allowing persons placed under self-quarantine to vote under strict guidelines. Out of 59,918 quarantined individuals, 13,642, or 22.8 percent, have informed authorities of the intent to vote. They are able to cast their ballots after 6 p.m. when polls close to other voters.

Of the new cases, 11 were found in Seoul and Gyeonggi Province, six in North Gyeongsang Province, two in Gangwon Province, one in Busan, one in Daegu, one in Gwangju and one on Jeju Island. The other four were detected at the airport checkpoints.

The number of imported cases reached 955. About 5,000 people enter Korea each day on average, of which around 20 percent are not Korean nationals.

Korea’s cumulative cases total 10,591, 7,616, or 71.9 percent, of whom have recovered. As of Tuesday, 124 of the patients previously declared as recovered had tested positive again.