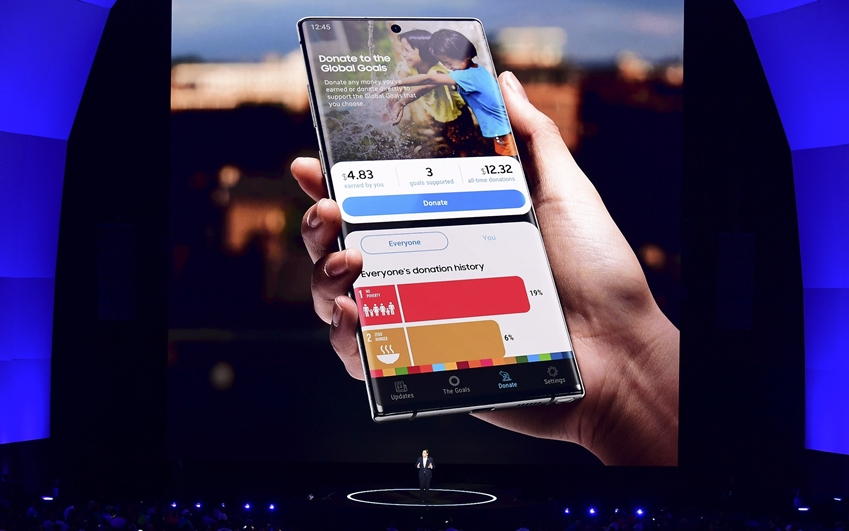 According to industry sources on Wednesday, Samsung has begun to prepare for the launch event for its Galaxy Note 20 and Galaxy Fold 2 planned for August.

Samsung was lucky to hold a flashy event to unveil its Galaxy S20 series and Galaxy Z Flip in February by inviting hundreds of tech fans to San Francisco, before the new coronavirus outbreak gripped the world. It also held a similar event in Brazil in March.

Unlike its US archrival Apple, whose employees based in Cupertino are working from home due to the COVID-19 lockdown, engineers and employees of Samsung’s mobile business are working in their offices and proceeding on schedule.

“Preparations are underway for the upcoming Galaxy Note launch, and there is no delay,” said an industry insider. “But regarding a physical event, things are yet to be discussed, we are considering measures likes an online event.”

Some rumors say Samsung could announce the new gadgets as early as July.

Tipsters expect the Note 20 to come with an upgraded stylus-pen, a 7-inch screen and the under-display camera that would make the device the world’s first full-screen phone without a hole or notch.

Meanwhile, as the COVID-19 situation worsens across the US, there are speculations that Apple could delay its first 5G-enbaled iPhone 12 from September to December.

Unprecedentedly, Apple is allowing some selected employees, who can control security, to work on the iPhone 12 and other new devices for this year at home, according to news reports.

Apple’s main iPhone maker Foxconn recently told its investors that it is trying to start shipping out iPhone 12 in fall as planned.