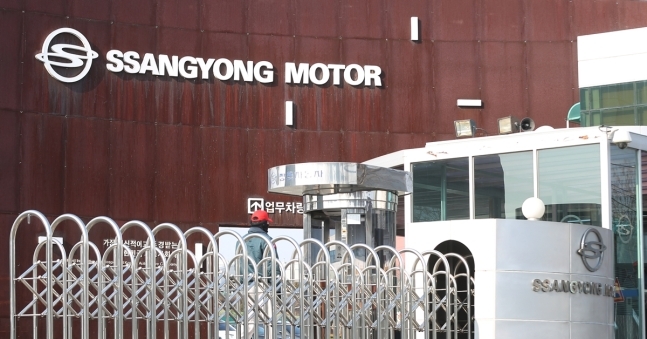 According to the board of directors of Mahindra, which has a 74.65 percent stake in Ssangyong, they held a special meeting in Mumbai on Friday and decided to reject SsangYong Motor’s request to invest 500 billion won ($404 million) over the next three years. Instead, it urged the Korean carmaker to “find alternative sources of funding,” considering the global economic downturn due to COVID-19.

But the parent company agreed a one-time infusion of up to 40 billion won to ensure “continuity of business operations.”

“Mahindra would make every effort to continue to support to all other non-fund initiatives that are currently in place to help SsangYong reduce capital expenditures, save costs and secure funds,” Mahindra said in a statement.

Examples of such support include supporting technology programs and material cost reductions that would help SsangYong’s capital expenditure, as well as help SsangYong management to find new investors, the company added.

“(The Mahindra) board hoped that the employees and management at SsangYong understand the magnitude of the unfortunate and unforeseen crisis created by the COVID-19 virus, which has compelled it to take the difficult decision,” the Indian carmaker said in a statement.

Since Mahindra acquired SsangYong in 2011, the Korean carmaker was able to turn a profit with its compact sports utility vehicle Tivoli launched in 2016, but the momentum did not last long.

Despite SsangYong’s investment in developing the next flagship model, the new Korando has failed to pull up sales last year. The latest outbreak of COVID-19 shut down the manufacturing line earlier this year.

Market experts said that the Indian carmaker is pressuring the Korean government to support the ailing automaker.

In January, Mahindra & Mahindra Managing Director Pawan Goenka flew into Seoul to discuss how to put the loss-making company back on track with Lee Dong-gull, chairman of the state-run Korea Development Bank, SsangYong Motor’s main creditor. 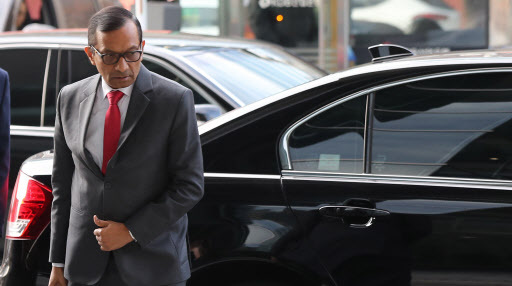 Mahindra & Mahindra Managing Director Pawan Goenka (Yonhap)
He has also met with high-ranked officials from institutions directly run by Cheong Wa Dae, including Lee Mok-hee, who is in charge of the presidential job committee, to seek support from the Korean government for SsangYong’s turnaround.

Goenka reportedly asked the government to fund the rest of the investment amount if Mahindra injected 230 billion won out of the total 500 billion won needed to keep SsangYong going.

But the Korean government has reportedly refused to make an up-front investment in SsangYong, considering that Mahindra should head-start and commit additional investments as the largest shareholder.

KDB has been also reiterating its position that it can only review support when the parent company conducts fresh funding.

Other industry insiders said that following the economic downturn, Mahindra may be slowly moving to offload the cash-strapped Korean unit.

In March, Mahindra reported domestic passenger vehicle sales of 3,384 units, an on-year decline of about 88 percent. The automaker cited the deep impact from COVID-19 pandemic and subsequent lockdown as reasons for the decline in sales.

Meanwhile, SsangYong Motor said Sunday that despite Mahindra’s decision, it will continue to reengineer its business with a strengthened self-rescue plan.

“Mahindra’s plan to consider injecting 40 billion won over the next three months has wiped out suspicion over the Indian carmaker’s withdrawal from Korea, and we have confirmed its position to strengthen investment in SsangYong by securing ties,” SsangYong Motors said in a statement.

“500 billion won of investment, which we considered to be needed for business normalization, is not needed immediately,” it said.

“It’s just the amount we need over the next three years.”