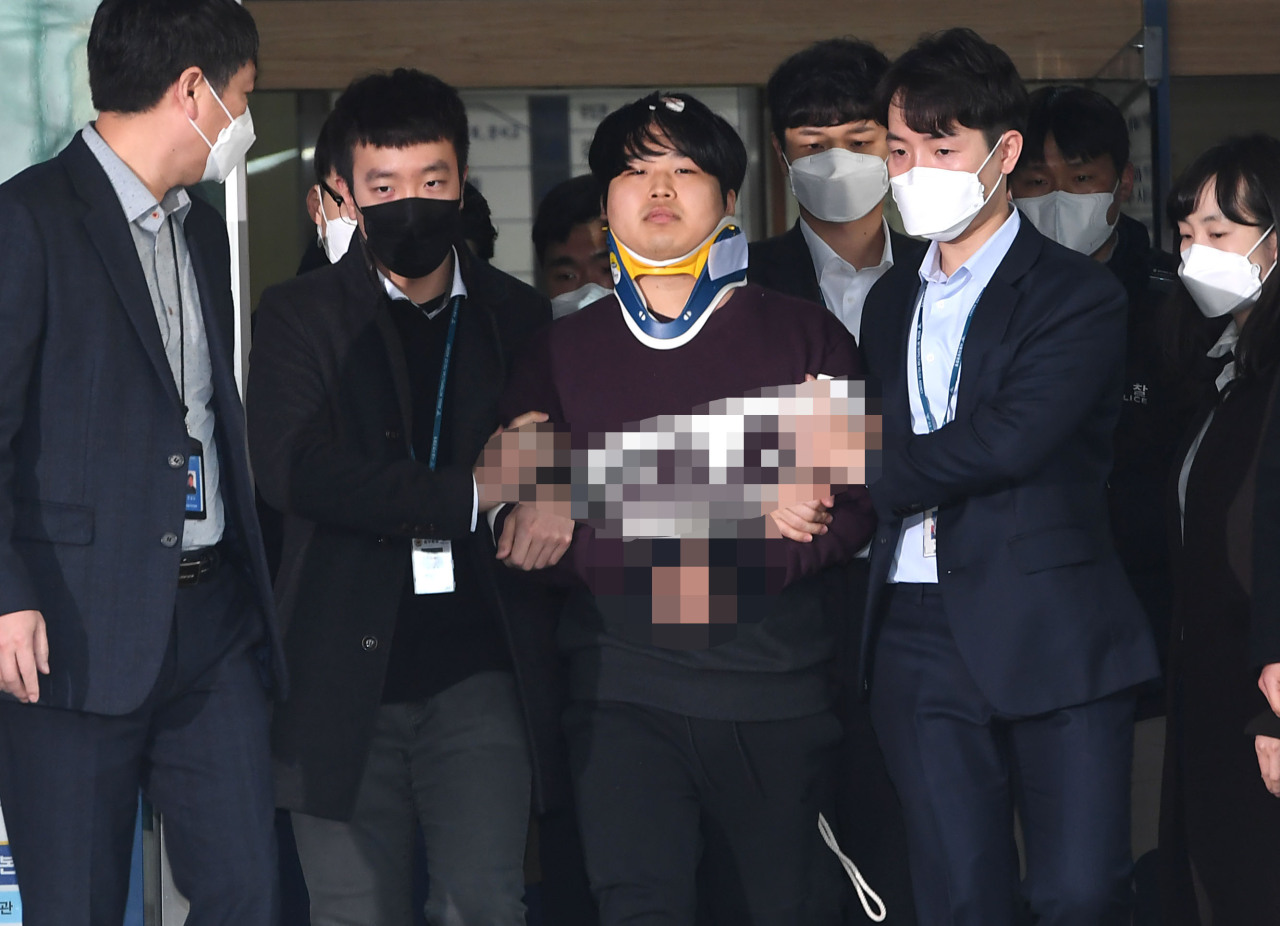 The suspect who was arrested for selling videos of sex acts involving minors via Telegram chat rooms was a volunteer at an orphanage and managing editor of a college newspaper, who once wrote on how schools should respond to sex crimes, it was revealed Tuesday.

The identity of 24-year-old Cho Ju-bin, the main suspect who ignited a public uproar here, was made public by police. On the encrypted messaging app Telegram, he went by the nickname “doctor.”

The National Policy Agency, in its response to a petition urging the full disclosure of alleged 260,000 users of Cho’s chat rooms, vowed a thorough investigation into his actions as well as “all accomplices, including assistants, video producers and those who possessed and distributed videos of sexual exploitation.”

Cho is accused of tricking at least 74 people, including 16 minors, into sending nude pictures and blackmailing them. He is accused of distributing the contents on several different Telegram chat rooms with some 260,000 users and received payments in cryptocurrencies.

Since his arrest last week, a total of 124 people tied to the digital sex crime have been apprehended with 18 arrested.

The novel coronavirus outbreak has heightened anxiety in South Korea and around the globe in a period unlike any the modern society has experienced before.

*heighten: 고조되다
*unlike any: 상당히 다른

Despite continued uncertainty and bad apples with xenophobic behavior, good Samaritans in Korea are going an extra mile to look out for those most vulnerable to contracting the disease with medical staff combating the virus on the front lines.

Lee Jun-ah, 22, a senior at Seoul Women’s College of Nursing, is volunteering from home, making face masks to be delivered to those in need of the protective gear via Anyang City Hall.

“I have watched developments on the coronavirus closely because I’m a student at Seoul Women’s College of Nursing. … I signed up as a volunteer to be of help in this situation.” Lee told The Korea Herald.

“Frankly I didn’t have the courage to lend a helping hand in Daegu unlike many nurses who are down there working tirelessly forgoing sleep and meals. But I found a few online posts looking for volunteers, so I signed up.”