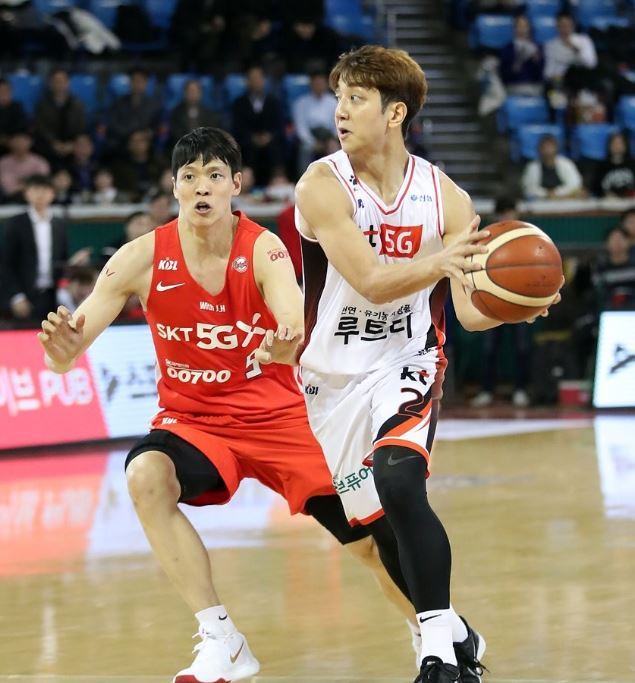 (Yonhap)
The South Korean men's pro basketball season came to an abrupt end on Tuesday, with the coronavirus outbreak forcing a premature finish for the first time in the league's 23-year history.

The Korean Basketball League announced Tuesday that the rest of its regular season and playoffs will be scrapped. The largely expected decision was reached during the league's meeting with representatives from its 10 teams.

The KBL's last games were played on Feb. 29, after the league learned that one team, KCC Egis, had stayed in the same hotel as a COVID-19 patient and had to be quarantined. The league's initial goal was to return to action exactly one month later, which would have been this coming Sunday.

But the WKBL's decision last week put pressure on the KBL to follow suit. And last Saturday, Prime Minister Chung Sye-kyun urged the suspension of operations for indoor sports and entertainment facilities through April 5 in a nationwide social distancing drive.

KBL teams play 54 games per season, and at the time of February's suspension, teams had 11 or 12 games remaining.

The DB Promy and SK Knights were tied at the top with an identical 28-15 record.

Among other major sports competitions, the Korea Baseball Organization has delayed the start of its season from this coming Saturday to sometime in April. League officials are meeting with 10 club representatives Tuesday. The KBO is unlikely to settle on the new start date Tuesday, but it hopes to get the season going by mid-April and give teams a two-week notice.

Football's K League was supposed to have kicked off on Feb. 29, and there's no word yet on when it will begin. (Yonhap)