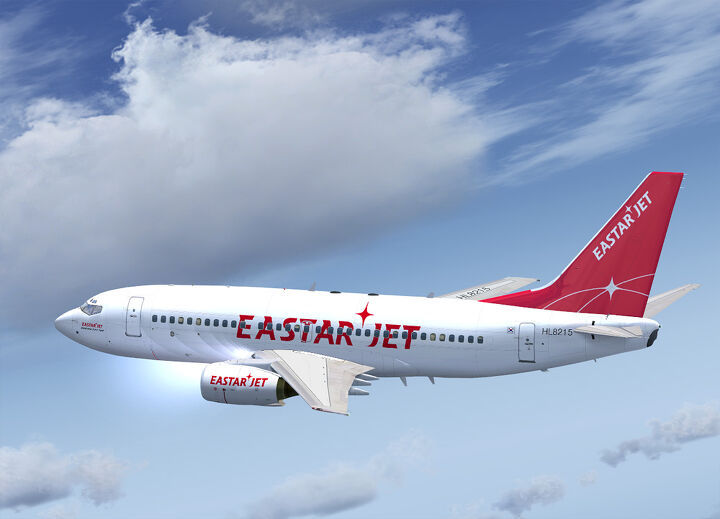 (Eastar Jet)
Hit by a severe drop in passengers and suspension of international routes over the coronavirus pandemic, South Korean budget carrier Eastar Jet announced Sunday it will halt all services starting next week.

The low-cost-carrier has decided to halt all flights to Jeju Island from Gimpo, Cheongju and Gunsan airports from Tuesday.

They were the only routes that the air carrier has been operating since March 9, after its Japanese flights were shut down following entry restrictions on Koreans.

“We decided to shut down for a month to minimize damages over a sharp reduction of passenger traffic due to COVID-19 concerns,” said an Eastar Jet official.

Eastar Jet said it will direct passengers who made reservations previously to use flights of Jeju Air, another LCC that acquired Easter Jet earlier this month for 54 billion won ($43 million).

According to Eastar Jet, its employees have only received 40 percent of their monthly salary in February. While there are concerns over salary payments for March and April will be practically difficult, the company said it will roll out specific plans on Monday.

But with the Philippines announcing suspension of foreign visas from Sunday, Jin Air may also halt its Incheon-Cebu route.

The situation is not much better for full-service carriers.

Aviation industry sources voiced concerns over the prolonged impact on sales -- expected to surpass 6.3 trillion won from January to June.

In the second week of March, the country’s number of passengers on international routes came at 138,442, about 91.7 percent drop on-year.

Despite the sharp decline in passenger traffic, industry insiders said they are not sure about the resumption of services, as more countries have announce entry bans and temporary changes their entry guidelines.

As of Friday, a total of 66 countries have banned entry of foreigners, according to the Foreign Ministry.

To support the country’s virus-hit transport industry, the government announced an emergency measure to inject some 50 billion won, by exempting fees and delaying payments to cover losses.