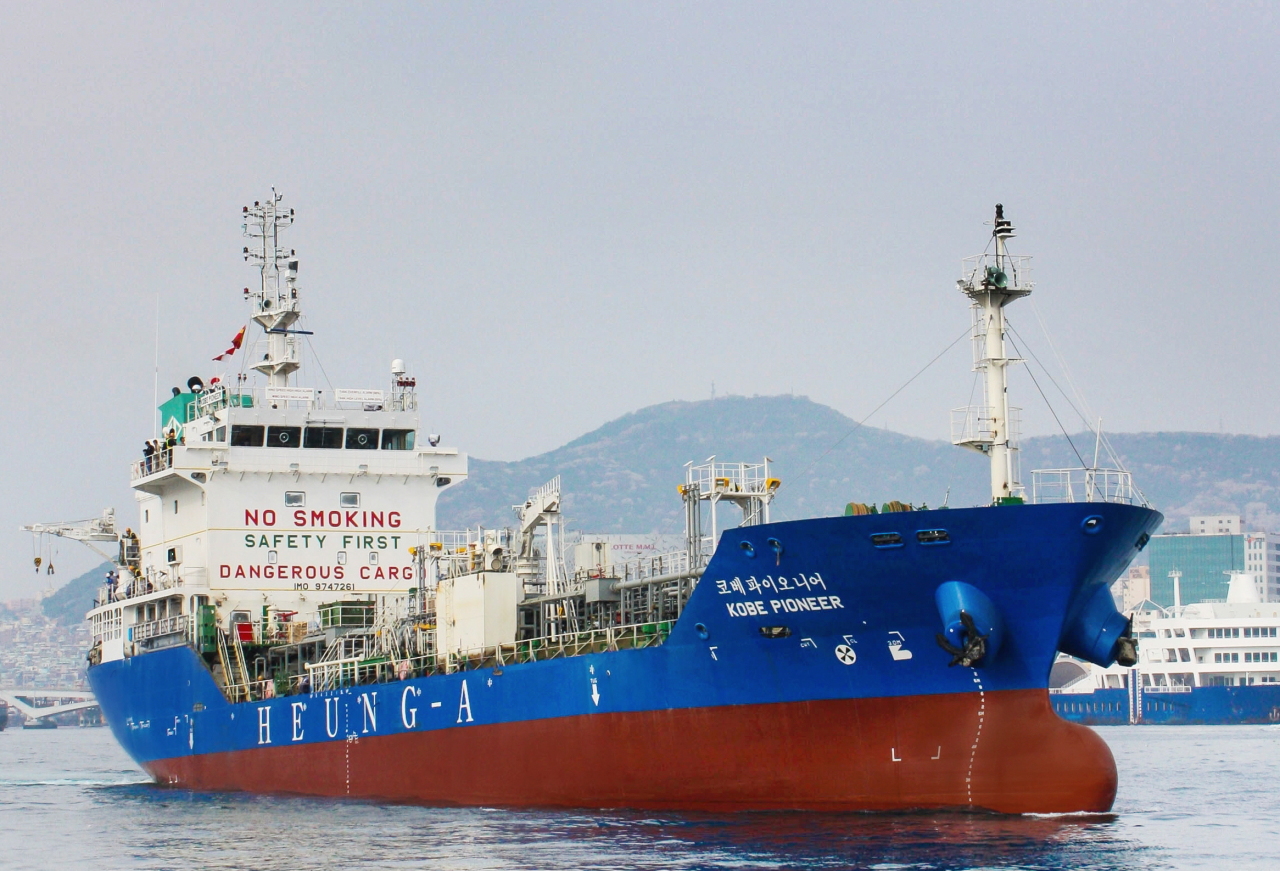 A tanker of Heung-A Shipping
South Korea’s No. 5 shipping firm Heung-A Shipping is planning a corporate workout program as its maritime cargo operations have faltered, with snowballing debt, a regulatory filing showed Wednesday.

The company’s board has approved a debt restructuring scheme by the policy lender Korea Development Bank, one of its key creditors, to “improve its finances and normalize business operations.”

Under the KDB-led financial rescue package, creditors will take control of the troubled company with measures to help it avoid bankruptcy.

Fluctuating freight prices and vessel supplies, coupled with logistics uncertainties due to coronavirus concerns are dealing another blow to the industry. They are expected to pose a larger threat to debt-ridden companies like Heung-A.

The firm’s debt-to-equity ratio skyrocketed to a whopping 6,378.2 percent as of end-September, up fivefold over the past three quarters.

The shipping firm has moved to mitigate its financial strain since last year.

In June, it reduced 46.6 billion won capital by canceling its 93.3 million shares. The company also handed over a 90 percent stake in its container shipping business to its domestic rival Sinokor Merchant Marine in December for 36 billion won, leaving the tanker business.

Fairmont Partners -- a paper company backed by Hong Kong-based Korean individual Lee Nae-kun and his family -- controls nearly 30 percent stake in Heung-A. It had agreed to hand over ownership to Caris Kukbo in November, but was unable to close the deal by the December deadline.

Heung-A was founded in by 1961 and was listed on Kospi in 1976. It was under a court receivership from 1985 to mid-2000s, when Fairmont became majority stakeholder to ward off a takeover by foreign entities like Yamane Shipping, Kisen and Geveran Trading.