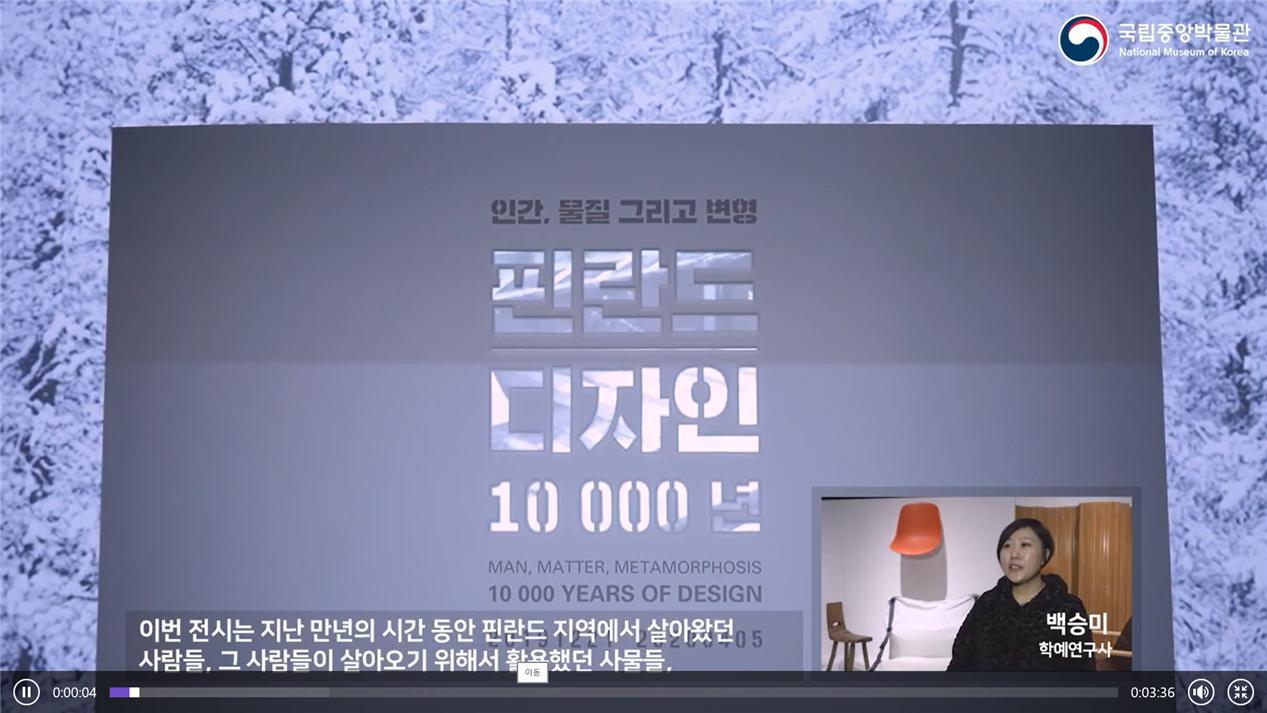 The National Museum of Korea will broadcast live “10,000 Years of Design - Man, Matter, Metamorphosis” on Naver TV on Friday. (The National Museum of Korea)
With the spread of COVID-19 continuing for more than 50 days, museums and galleries have begun to seek ways to provide cultural experiences for people who are isolating themselves at home and minimizing social activities.

The National Museum of Korea, which is temporarily closed due to the spread of the new coronavirus, said Monday that it would stream its special exhibition, “10,000 Years of Design - Man, Matter, Metamorphosis” at 7 p.m. on Friday through Naver TV, at https://tv.naver.com/l/40770.

The live broadcast will be guided by Baik Seung-mi, the curator of the exhibition.

The exhibition, which was scheduled to run through April 5, shows how design in Finland has evolved around the country’s nature and ecosystem from the end of the Ice Age when the Finnish landmass emerged.

The National Museum of Modern and Contemporary Art, Korea (MMCA) is providing a variety of videos of exhibition tours and curator’s talks on its YouTube channel. Providing subtitles both in English and Korean, the tour videos which run from 30 minutes to an hour include both past and current exhibitions such as “The Square: Art and Society in Korea,” “When Brushes Are Abandoned,” and “Unearthing Future.”

State-run galleries and museums announced their temporary closures late last month as part of efforts to prevent the spread of viral respiratory illness. The MMCA is set to remain closed until March 22, while the National Museum of Korea said its facilities would remain closed until the COVID-19 situation was resolved. 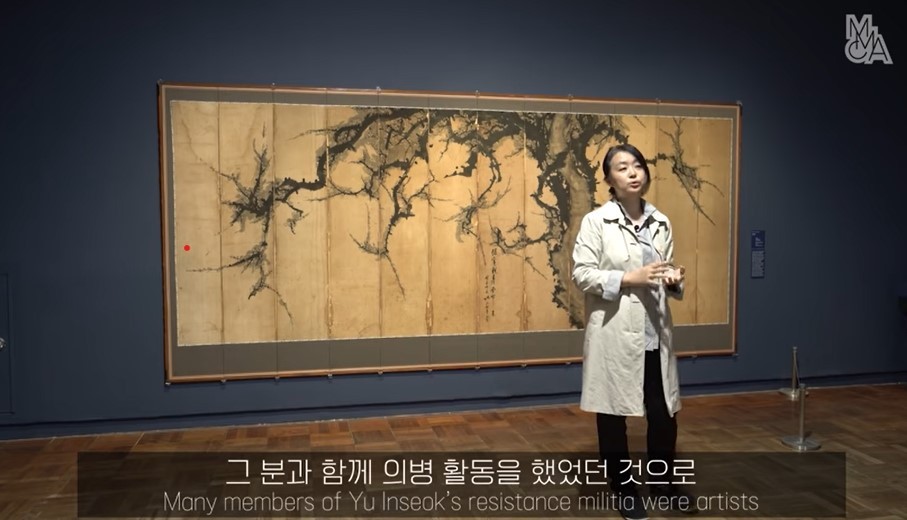 Kim In-hye, a curator at the MMCA, showcases “The Square: Art and Society in Korea” through a live gallery tour. (MMCA YouTube)
The virus had infected more than 7,400 people and killed 54 in Korea as of Tuesday morning, but the daily increase in the number of confirmed cases has slowed down this week.

Some private galleries are also moving to reach out to their audiences while avoiding crowds to lower the risk of infection.

Arario Gallery, a major contemporary art gallery, is showcasing more than 20 works online until March 22. The works were originally planned for showing at the canceled Art Basel Hong Kong, the biggest international art fair in Asia. The gallery also allows in-person viewing of the works at the gallery upon request.

Barakat Seoul, a gallery that holds ancient to contemporary art exhibitions, will show “Masterpieces of Chinese Art in The Barakat Collection” from Wednesday to June 30 by appointment until the virus outbreak is resolved.

Featuring Chinese art ranging from Han Dynasty clay figures to sculptural works from quintessentially elegant Sui Dynasty and luxurious craftworks from the Qing Dynasty, the exhibition recreates the splendor of the Emperor’s gardens, the gallery said.

Gana Art, a 37-year-old contemporary and modern art gallery in Seoul, however, will remain open, holding a preview of Yoo Sun-tai‘s solo exhibition which was scheduled on March 25 but pushed back to April 1 due to the virus outbreak.