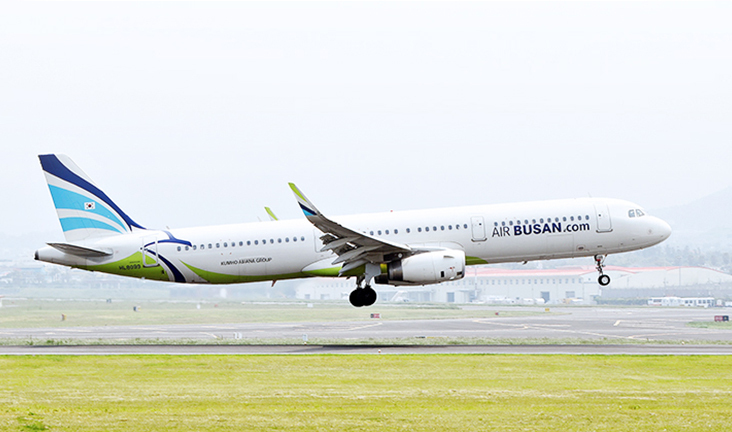 (Air Busan)
Air Busan on Monday said it will suspend 78 percent of its international routes next month to counter business challenges amid the COVID-19 outbreak.

In March, the domestic low-cost carrier will stop operating 25 international routes bound for China and Southeast Asian countries, which have recently seen a dramatic decrease in passengers.

According to the company, all Air Busan executives, including the CEO, have submitted their resignations to help the company cope with recent financial difficulties. The executives had previously agreed to return 20-30 percent of their wages.

The airline has also suggested employees work four days a week or apply for temporary unpaid breaks ranging from two weeks to a month.

The company has faced difficulties since last year. In 2019, Korea’s trade row with Japan led to a boycott of travel to the neighboring country, causing a downturn in the airline’s business. Air Busan saw annual operating loss of 50.5 billion won ($41.4 million) last year.