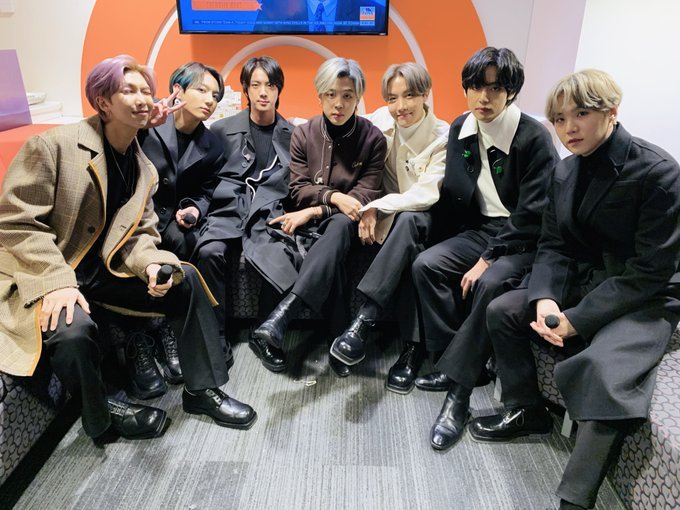 (Big Hit Entertainment)
BTS once again thanked their fans for their positivity during their first appearance on the Today Show on Friday.

“It’s all because of ARMYs that gave us positive energies,” RM said as he translated Jin's answer when the band was asked about why the group is known for spreading positivity.

The septet appeared on stage just outside Rockefeller Plaza in central New York City just hours after releasing a new album for a brief live interview.

Explaining the title “Map of the Soul: 7,” RM said seven matches the number of members in the group and how long it has been since their debut as well as it being the lucky number.

He also added the new album is a big “statement and declaration” that they admit their destiny, shadows and light at the same time, as well as their past.

Jimin said he was excited the album is finally out.

“We’ve been working on this album for a long time…we’re super excited. It’s finally out!” he said.

Many fans braved the cold New York weather to catch a glimpse of the biggest boyband in the world including one working mom who waited outside from the early hours. 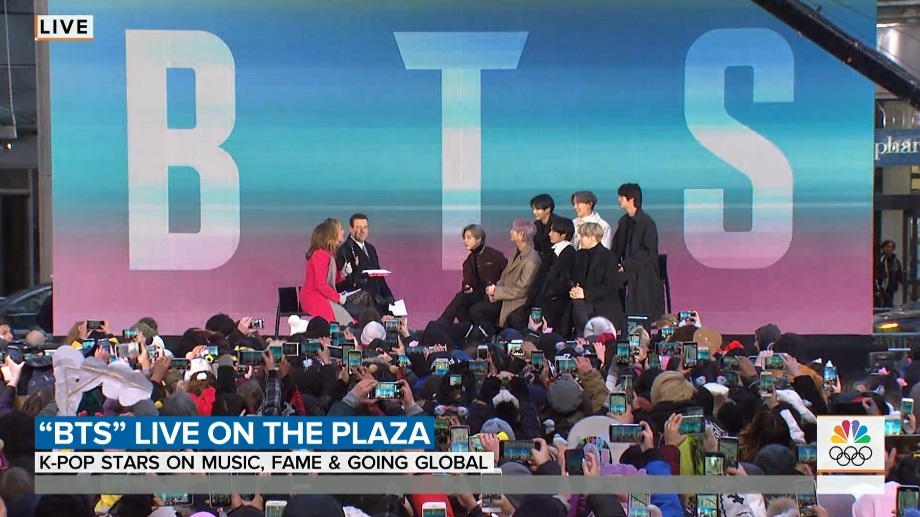 (NBC/the Today Show)
Some even slept outside since Wednesday, Host Carson Daly said.

The group released “Map of the Soul: 7” just hours before when the clock was ticking at six p.m. in Korea as fans in the US woke up to a catalogue of their new music.

The NBC morning show is the latest in a series of promos for BTS’ latest album, following their appearance on The Late Late Show with James Corden in late January.

The group has filmed a special appearance on The Tonight Show Starring Jimmy Fallon which will air on the 24th and will reappear on Corden’s show once again for the popular pre-recorded “Carpool Karaoke” segment on the 25th.

The septet will fly back to Korea for the global press conference for their new album on Monday.