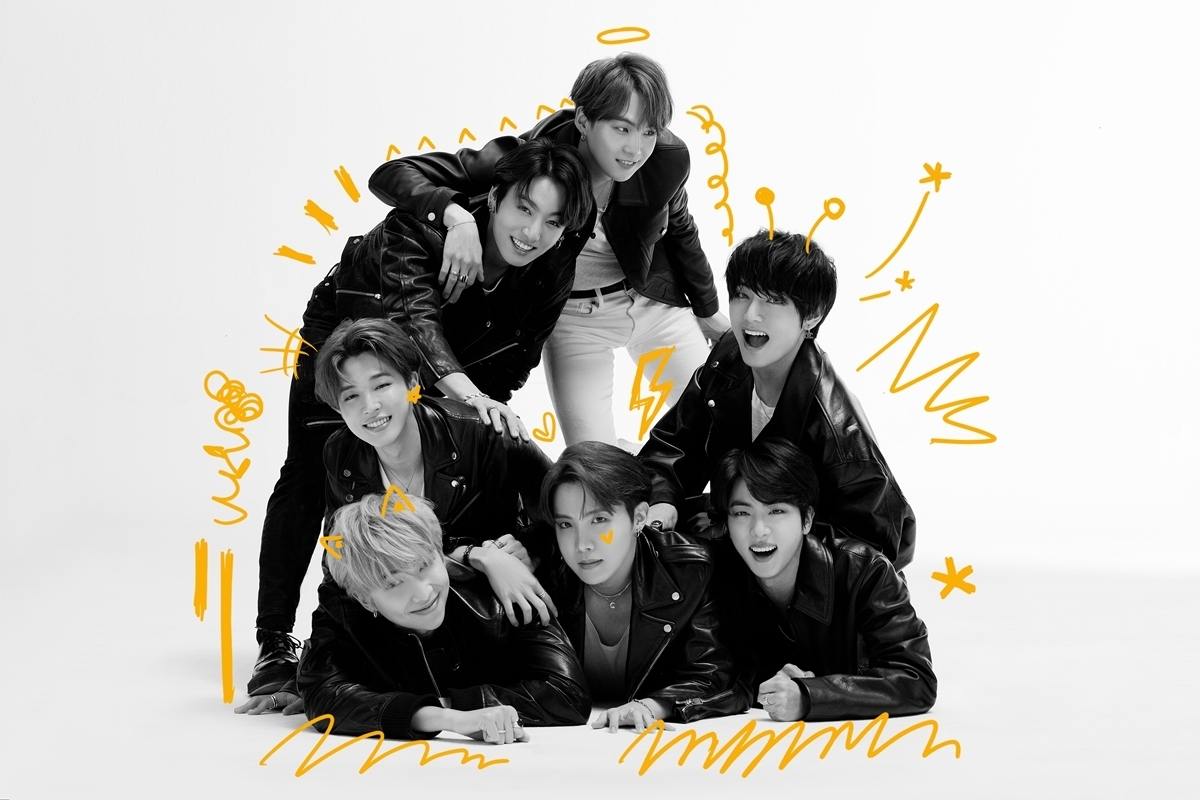 The lead track “On” is an electrifying pop/hip-hop anthem that heavily features marching band drums as the group sings the soaring chorus in harmony, “Bring the pain/oh yea, rain be pourin’/sky keep fallin’/oh na na na.”

The bandmates reflected on their celebrity status, singing, “Where is this place I open my eyes to? Maybe Seoul or New York or Paris.”

The song comes in two different versions: One was recorded by the group on its own, while the digital-only version features Australian pop star Sia and caters more to US radio.
BTS also worked with the likes of Australian singer-songwriter Troye Sivan and DJ Swivel, who respectively contributed to “Louder Than Bombs” and “Moon,” and “We Are Bulletproof: The Eternal,” the latter of which is a sequel to “We Are Bulletproof Pt. 2” from the group’s debut album.

“Map of the Soul: 7” has the longest track list ever for a full-length studio album from the band. It has 15 new tracks -- including 10 solo and subunit tracks -- plus five tracks from the group’s previous record. During a livestream Friday, Jin said he was happy to have made a record celebrating the group’s seven years together.

For the track “Friends,” Jimin and V sang as a duo -- a rare occasion -- and Jimin wrote the top-line melody.

“There is a muted bit in the track which we didn’t have melodies for. And because we recorded at a different time each day, we left voice messages in there for each other to check the next day,” Jimin said.

More popular than ever

The heavily anticipated album is already projected to become the septet’s biggest album to date, having sold over 4 million presale copies worldwide, according to record distributor Dreamus Company.

It marks the biggest preorder volume for an album by a South Korean act.

In 2019, the band’s previous EP “Map of the Soul: Persona” broke the Guinness World Record for the bestselling album in the country. It went on to rack up sales of over 3.71 million copies around the world that year, according to Gaon Chart.

The group is traveling back and forth between New York and Seoul this week to promote the new record. It was to appear on the “Today Show” on Friday morning stateside before flying back home for a press conference on Monday. 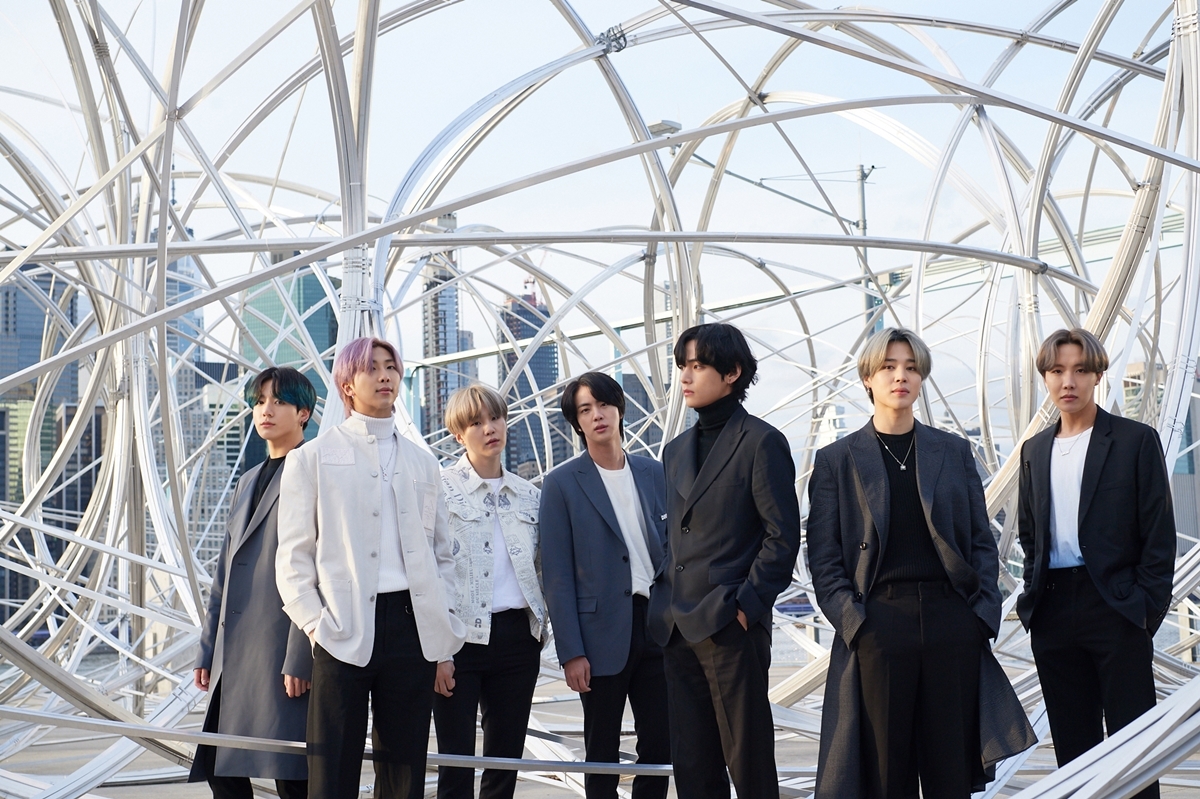 BTS next to "New York Clearing" by Antony Gormley" at Brooklyn Bridge Park Pier3, New York City, an art installment as part of "CONNECT, BTS." (Big Hit Entertainment)
Thanks to the band’s social media-savvy fandom, #MAP_OF_THE_SOUL_7 dominated Twitter in the run-up to the release. A 30-second snippet of its lead single saw #OnChallenge TikToks rack up millions of views.

With all the hype and support, the new album could set a few records, such as by becoming the group’s fourth US No. 1 album in a row, following 2018’s “Love Yourself: Tear” and “Love Yourself: Answer,” and 2019’s “Map of the Soul: Persona.”

It could also have the highest charting US single -- surpassing “Boy With Luv” at No. 8 -- and the most watched music video in the first 24 hours.

These record-breaking numbers would be hardly surprising.

After all, the boy band was the top-grossing touring group of 2019, according to Billboard. It drew over 1.6 million attendees and grossed over $196.4 million, beating out the likes of Rolling Stones and Metallica.