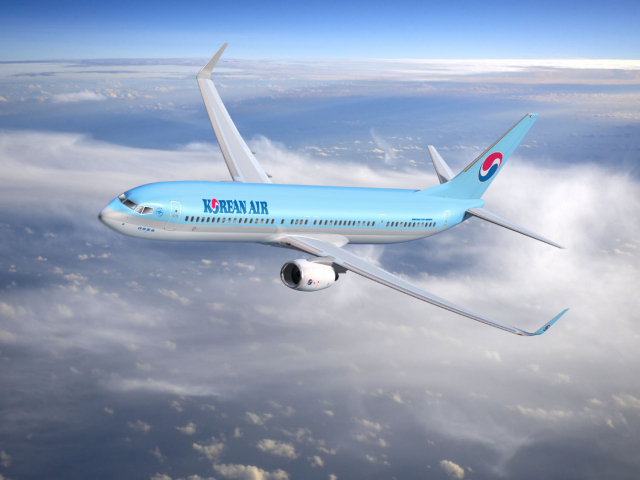 (Courtesy of Korean Air)
A coalition of Korean Air heiress and a local activist fund Korea Corporate Governance Improvement on Thursday proposed former SK Group Vice Chairman Kim Shin-bae as an inside board director of Hanjin Group in a bid to oust the current chairman at the March shareholders meeting.

Other candidates include former Samsung Electronics Vice President and head of China Bae Kyung-tae and ex-Korean Air executive Kim Chi-hoon. Hahm Chul-ho, a former Korean Air senior vice president and T’way Air CEO, is a nonpermanent inside board candidate, said the Korea Corporate Governance Improvement in its shareholders’ proposal submitted in the afternoon.

The coalition also proposed to add four more outside directors.

If the proposal gets approval at the meeting slated on March 24, the candidate group will be an addition to the Hanjin KAL board and increase its members to 12. Currently, the board is composed of six members including Hanjin Group Chairman Cho Won-tae, whose tenure expires in March. An outside director Lee Suk-woo will also finish his term in March.

The decision is meant to give a fresh impetus to improve the board’s independence from the influence of the family-run conglomerate, which owns South Korea’s largest air carrier Korean Air, the coalition said. The proposal was made to normalize the group’s businesses, it added.

The coalition also vowed to employ stricter governance standards and introduce gender diversity in the board. It also called for shareholder-friendly electronic voting scheme.

“Hanjin Group will reach a new ‘platform’ where the board of directors composed of professionals play a central role in management, once our shareholder proposal gains approval,” Bae, Kim & Lee, a legal representative of KCGI-led coalition, wrote in a statement.

Cho, who succeeded his late father Yang-ho, has scrambled to form his own bloc since early this year to fight challenges from KCGI-led shareholder activism. His mother Lee Myung-hee and younger sibling Hyun-min declared that they would take sides with the chairman. The family members, excluding Hyun-ah, hold a combined 18.3 percent stake in Hanjin KAL.

Cho’s family needs to win over other stakeholders, including Delta Air Lines, Kakao and the National Pension Service, as well as small shareholders.

KCGI has been an outspoken shareholder of Hanjin KAL, taking issue with financial threats of its air carrier arms -- Korean Air and Jin Air -- as well as its board of directors which often acts in favor of the owner family.