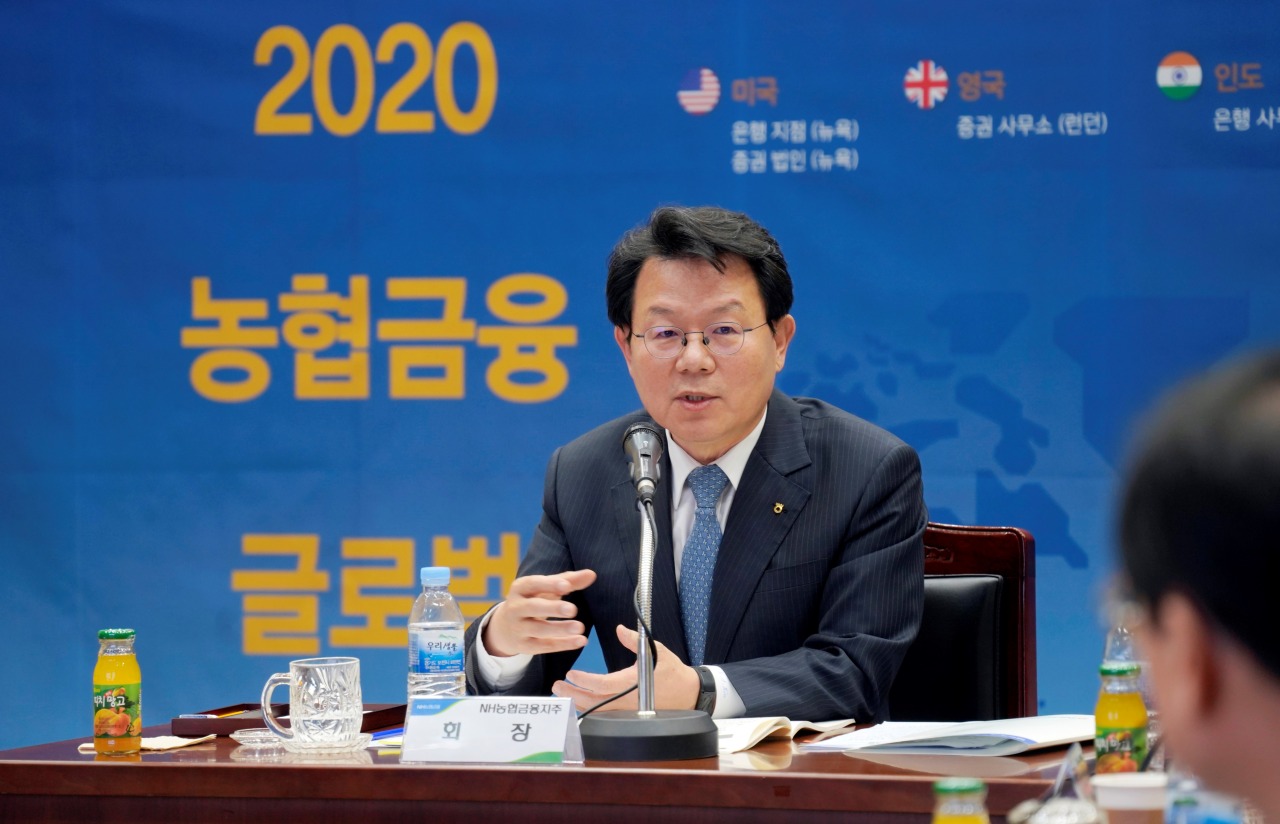 According to the financial giant, its overseas assets stood at nearly 1.4 trillion won as of the end of December.

It also plans to increase its net profit to 160 billion won in the same period, which came to 28.9 billion won as of December.

NH Financial said it would expand its overseas network -- including subsidiaries and branches of key units -- to 28 in 13 countries from the current 16 in nine countries.

Its global business road map will be based on the four pillars of differentiation, “glocalization,” digital innovation and social values. Glocalization is often used to describe a global product or service adjusted to accommodate users in a local market.

Through the road map, it plans to focus on expanding business networks centered on Asian nations and to bolster competitiveness in global investment banking and the digitalization of business.

The global business plan was set during a strategy meeting presided over by the group’s chairman at its headquarters in central Seoul on Tuesday.

“The global business has to focus on achieving stable growth through building inner strength rather than an excessive expansion through short-term results,” NH Financial Group Chairman Kim Kwang-soo said at the meeting.

NH Financial has been recently taking bold steps to solidify its presence in the global finance market.

The group has announced its foray into India in January by launching a joint venture with the Indian Farmers Fertilizer Cooperative, the world’s largest fertilizer co-op in terms of turnover on gross domestic product per capita. The co-op officially has around 35,000 members and reaches over 50 million Indian farmers.

NH Financial seeks to expand its agriculture and finance-focused projects in the Southwest Asian region through the joint venture.