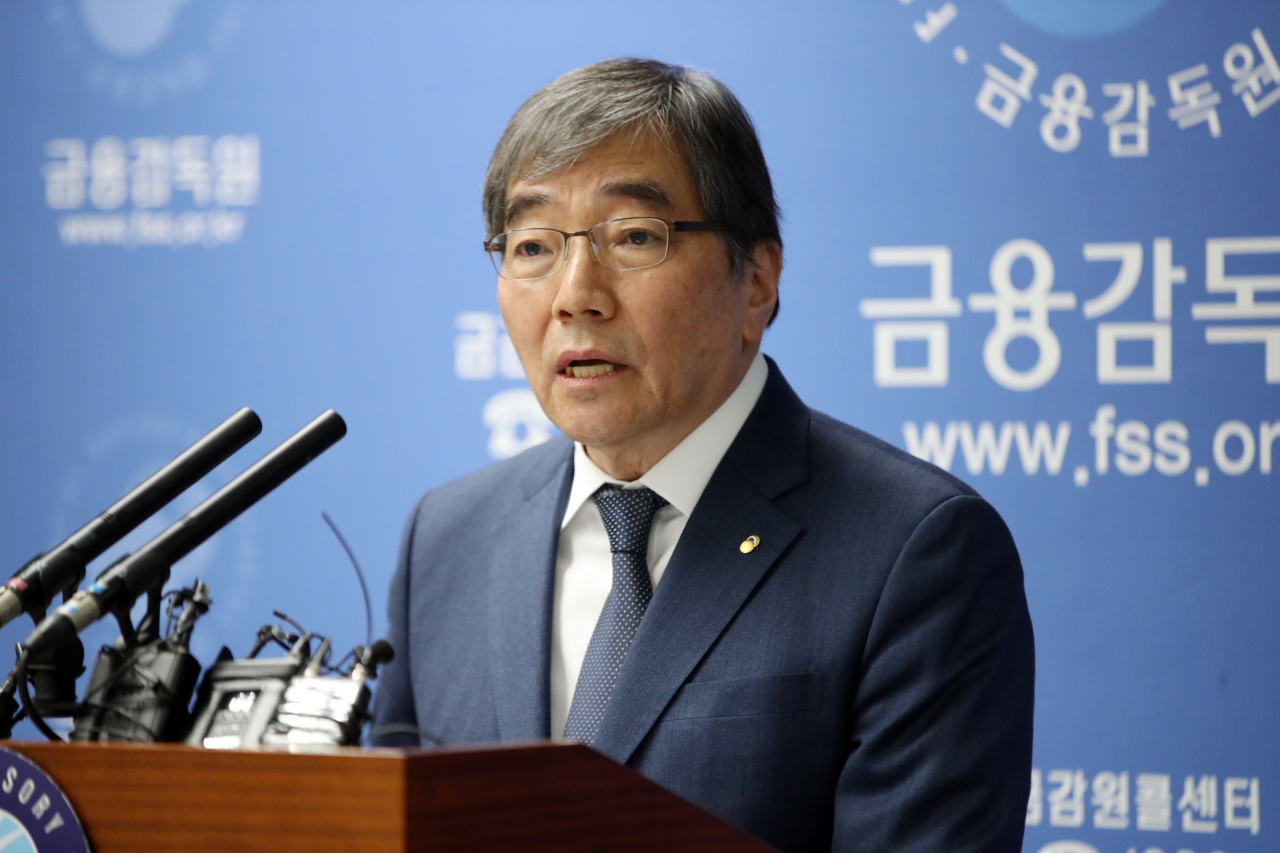 FSS Gov. Yoon Suk-heon announces the watchdog’s organizational reshuffle on Jan. 23 in western Seoul. (Yonhap)
South Korea’s financial watchdog, the Financial Supervisory Service, has become the target of criticism for having failed to prevent the recent fiasco involving derivatives-linked funds. The state-run agency is also accused of trying to duck responsibility for the incident, which involved two of the largest banking groups here.

The FSS on Monday decided to impose sanctions on the CEOs of major banking groups --  Woori Financial Group and Hana Financial Group -- which will have the effect of barring them from working in the financial sector for three to five years. The watchdog held them responsible for failing to prevent the misselling of highly risky derivatives products at their respective banking units, causing significant losses for individual investors.

Although the FSS decided on the sanctions swiftly, it is still getting flak from civic groups that say it failed to live up to its supervisory role in the first place.

The Board of Audit and Inspection of Korea, the state auditor, said Thursday that it had recently asked the FSS to hand over documents related to the derivatives-linked fund fiasco. It also hinted that it would inspect the watchdog in a process separate from the BAI’s annual audit in March.

The BAI’s last comprehensive audit of the FSS was carried out in 2017. The state-run auditor conducts smaller-scale inspections occasionally, but does a comprehensive one for the financial authorities every three or four years to look into governance, personnel issues and budget execution.

Rather belatedly, the FSS carried out an organizational and personnel reshuffle in January to bolster consumer protection.

Civic groups and unions, including People’s Solidarity for Participatory Democracy and another group formed by the victims of the derivatives fiasco, filed a request with the BAI for an audit of the FSS.

In a joint statement, they said the FSS had neglected its duties and that this negligence was partly responsible for the misselling of derivatives.